(Click on any image to see it in a larger size, if you are on a PC at least.)

Altar of the Hagia Irene.

From Hagia Sophia we headed off to the Topkapi Palace.  On the way we visited the Hagia Irene, even older than Hagia Sophia.

These days it is little more than a shell, though it does have relatively recent seating and is used for concerts.  It apparently has very good acoustics.

It was the first church built in Constantinople and was completed by Constantine before the end of his reign in 337.  It was then the prime church of Constantinople until Hagia Sophia opened in 360.  It burnt down during the Nika Revolt in 532 and was rebuilt by Justinian by 548.  It was later damaged by an earthquake in 740 and restored by Constantine V.  It wasn’t converted into a mosque during Ottoman times, but was instead used as an arsenal until the nineteenth century.

Some faint traces of artworks, probably dating to an iconoclastic period in the eighth century. 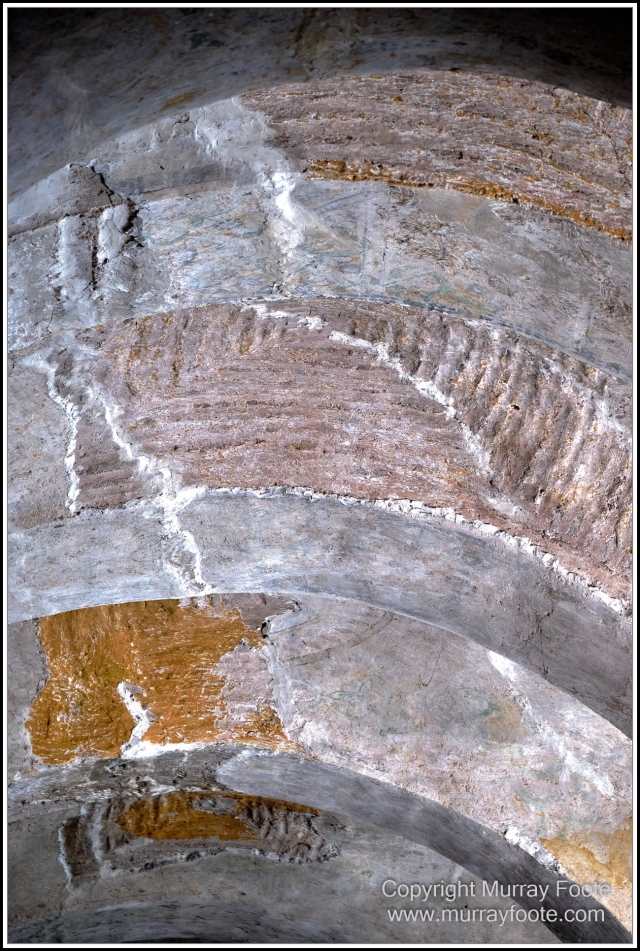 A section of ceiling.

We are now at the gateway to the Topkapi Palace.

The Topkapi Palace is the Ottoman Palace, not to be confused with the Roman Imperial Palace or Great Palace, which was massive and ajoined both Hagia Sophia and the Hippodrome but has now largely disappeared.  Construction started on the Topkapi Palace in 1459 and it was rebuilt after an earthquake in 1509 and a fire in 1665.   It was the main seat of government and residence of the Sultans in the 15th and 16th centuries and after wards slowly lost importance.  It became a museum in 1924.

Unfortunately, photography was not allowed in the Sultan’s residence, harem and political chambers, so I am not able to show you the most spectacular views there.

After passing through those areas, we come out to views of the Bosphorous.

Looking down on the Sultan’s Gardens (no doubt very different in their day) and north in the direction of the Black Sea.

The same pavilion, looking in the opposite direction. 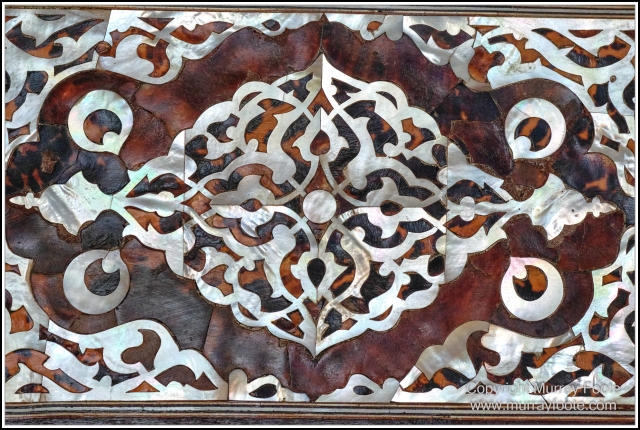 Looking south, beyond the Bosphorous at the Sea of Marmara. 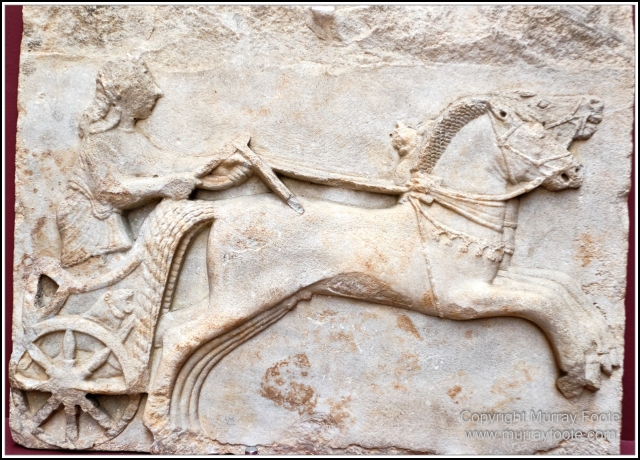 Chariot relief, Cyzikus (Greek town on the south bank of the Sea of Marmara), 6th century BC.

(We are now visiting the Istanbul Archaeology Museum).

In 1274BC Hattusli’s father Muwatalli III fought the battle of Kadesh against Egyptian Pharaoh Ramases II.  This was the largest chariot battle in history with 5,000 to 6,000 chariots.  The result of it is not clear though it did head off an attempted invasion of the Hittite Empire.

This letter would have been early in Hattusli’s reign (which started from 1267BC, though it must have been at least 1263BC, the start of Kadasman-Enlil’s reign) and he probably never went to war with Egypt.  Instead, Kadasman-Enlil restored relations with Egypt with a dynastic marriage and Hattusli negotiated the Eternal Treaty or Treaty of Kadesh with Egypt, which Rameses ratified in 1258BC.  This is the earliest known peace treaty and also survives in the versions of both sides.

Palmyria was a Roman client state based in Syria that at one time stretched from Asia Minor to Egypt.  It was incorporated into the Roman Empire in 272 after the unsuccessful revolt of the Empress Xenobia. 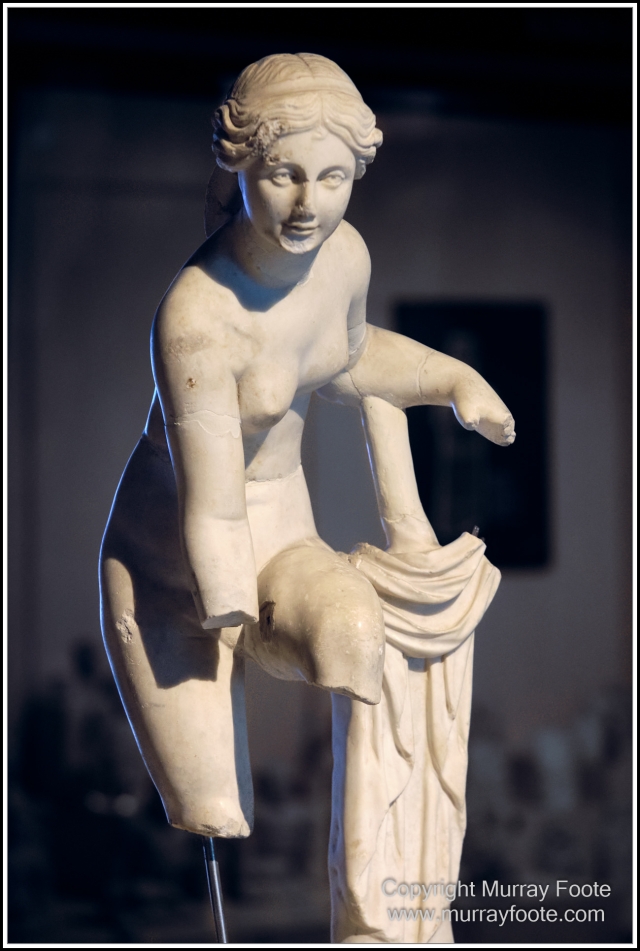 I was impressed by the informality and realism of this statue.  Of course, in ancient times it would have been painted.

These ring-necked parakeets are descended from recent aviary escapees.

A surviving fragment of Roman-era construction.

Freighter on the Bosphorous. 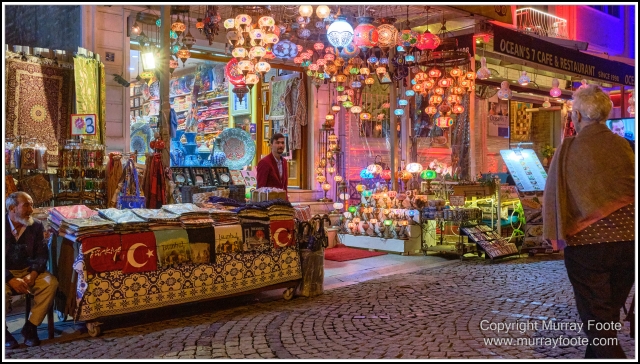 And after dinner, it was time for some shopping…. 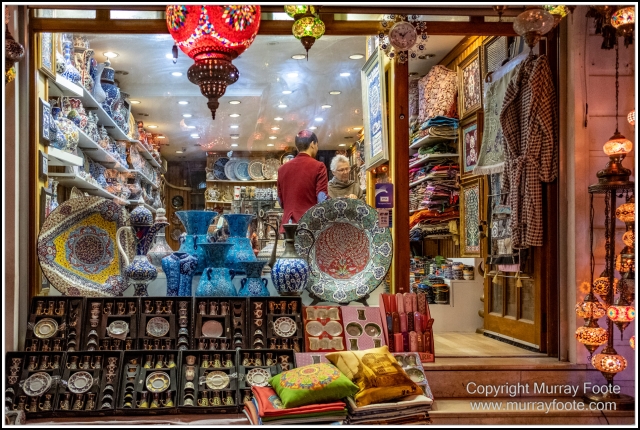 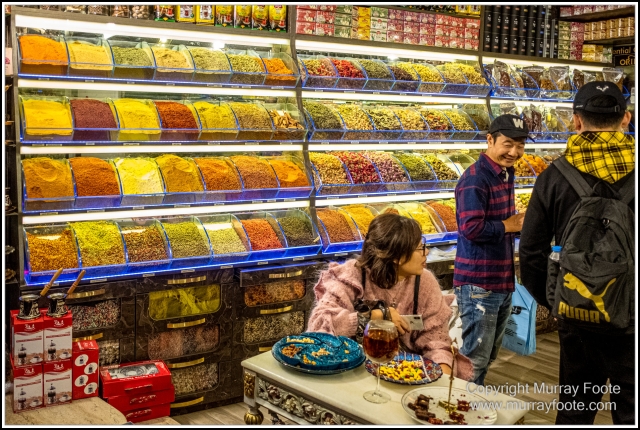