It’s now been over two months since I returned from Patagonia, Antarctica, the Falklands, Iguazu Falls and Easter Island.  Most of that time I have been writing up Easter Island, which I have now finished.  Having got home I have been processing all images and therefore posting more of them.

Easter Island especially demands explanations to go with the images and I have given quite detailed accounts of many aspects of the history and archaeology of Easter Island.  There have been 24 posts, 150 images and lots of words.

It started out just about photography.  It’s become somewhat more than that, though the images remain central.

One thing I discovered, not in other accounts, was that Easter Island had a two-stage crisis.  First was an ecological crisis that lead to starvation and warfare.  Second and only after European contact, the overthrow of the old religion and the downing of the moai.

I finished up by considering whether the history of Easter Island offers a parable for our times.  I hope many people read this because I believe we all need to understand these issues to help build a consensus for positive change.

Below is a list of my special topics.  These are folded into the posts which have quite different names, specific to locations, that may not reflect the content of the special topics.  Further below I also present a list of the titles of the posts and then the sources of my research.

Note that posts are not necessarily chonological because they are also combined by content. 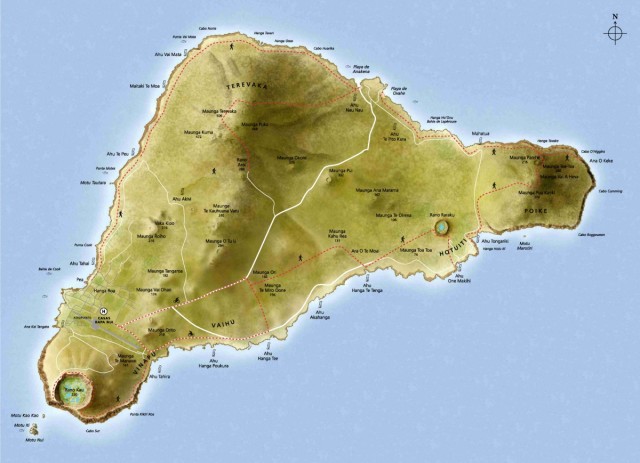 You need to click on the map to get it twice as large so you can read the place names.  The maps covers 16 of the 25 place names in the titles of posts.  Of those not covered: 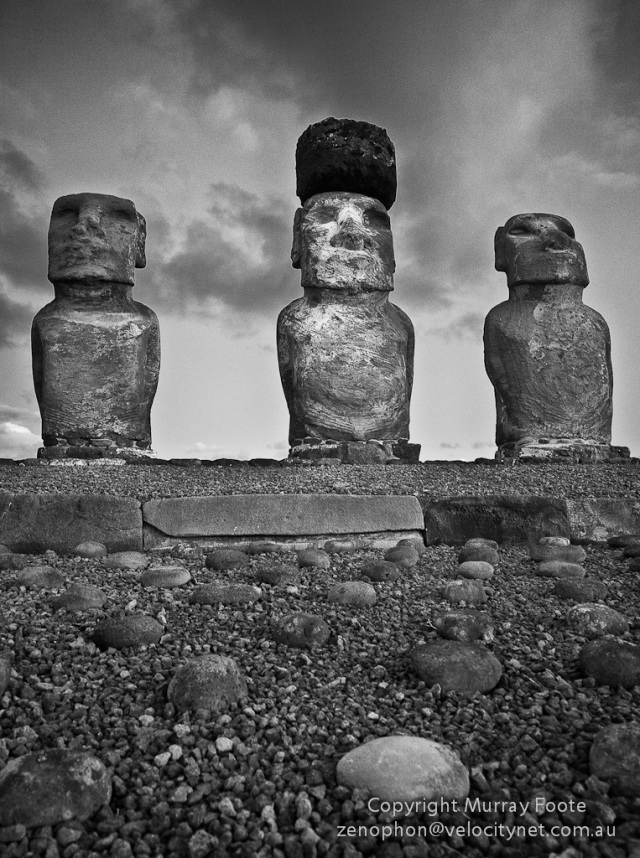 My discourse on Easter Island reflects what I’ve read, my observations and my analysis. I don’t claim to be a scientist or an archaeologist.  Apart from being a photographer, I am an economic historian (in terms of academic qualifications) who found a career as a systems developer (and I’m now retired).  Here is a list of the books and articles I used: