From St Columba’s Church I came back through Stornaway.  It is the largest town on Lewis and as a huge metropolis of 12,000 people it wasn’t high on my list of places to visit.  However, I did take a few photos on my way through. 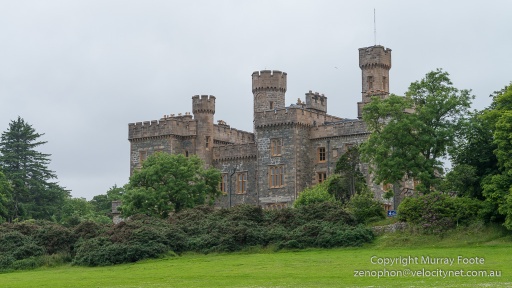 This is the bonnie wee cottage of a successful drug dealer.  It was built between 1847 and 1857 by Sir James Matheson who had bought the whole island a few years previously using his profits from the Chinese opium trade.  It was closed for renovations when I visited so I didn’t get to go inside.  The blue sign you can just see indicates the renovations are funded from the proceeds of a public lottery.

The original castle in Stornaway was at a different site and it was destroyed by Cromwell. No trace of it remains. 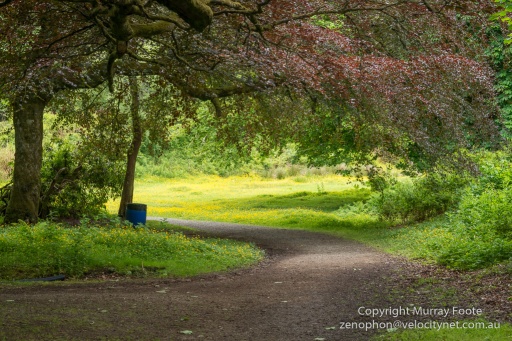 I was curious to see Gallows Hill and I wandered around the castle grounds for a while but was unable to find it.  Apart from being a mediæval place of punishment, there is also the remains of a chambered cairn here.  The castle grounds is also the only place on Lewis you will see trees as they were planted here in the nineteenth century.  Lewis was originally forested but the trees were chopped down thousands of years ago, probably contributing to the formation of peat bogs and loss of soil fertility.

And on the way back to the car I took a few more photos across the river of Stornaway town. 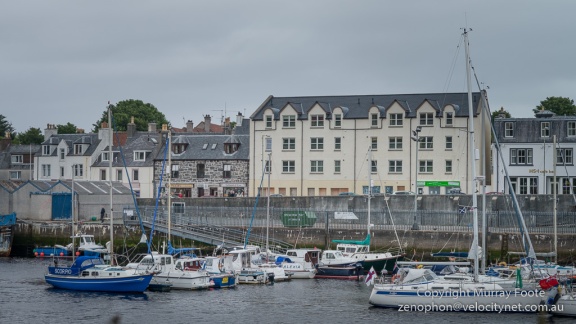 Regular readers will have noticed a change in layout a few days ago and a larger one with this post.  Mainly, I wanted to distinguish the photographs from the text more while retaining a simple and elegant layout. I have a few reservations with the result but overall I think it’s a distinct improvement.  What do you think?  Any suggestions or comments?