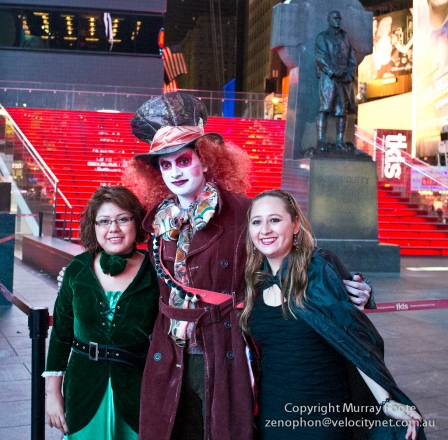 From the Les Paul Trio and the Iridium it was only a few metres to Times Square.  By now it was after midnight and since it was Halloween there were lots of people in strange costumes and much posing for photographs. 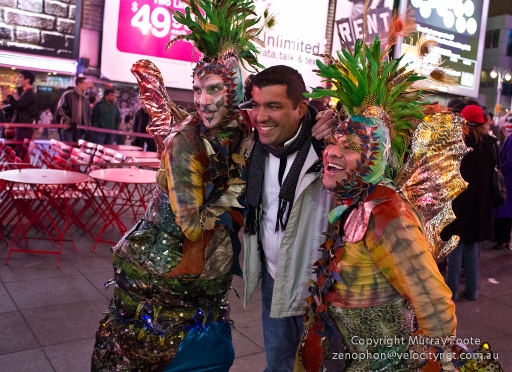 A little later, we were down in the metro, waiting for a train.

A train turned up and most of the people climbed on.

The sax playing busker turns towards me in a moment of recognition.  The train is pulling away.

Another train is at the platform and the crowd has thinned out.

The sax player holds the attention of the few remaining people.

… and a bit further down the platform, people wait for the next train.

When the train left the station, it had two lights on behind
Well, the blue light was my baby and the red light was my mind

(Posted out of sequence)

3 comments on “Halloween and Subway”