Two Argentinian planes were shot down over Pebble Island during the Falklands War.  This is from IAI Daggar C-437 in which Lt Hector Volponi died, shot down by the Harrier of Lt Martin Hale on 23rd May 1982.  There appears to be a partially released parachute here.  Lt Volponi’s body was found on the ground in a cone section of the plane.

This is one of the fuel tanks of the C-437.  There were two under the wing and one under the body. 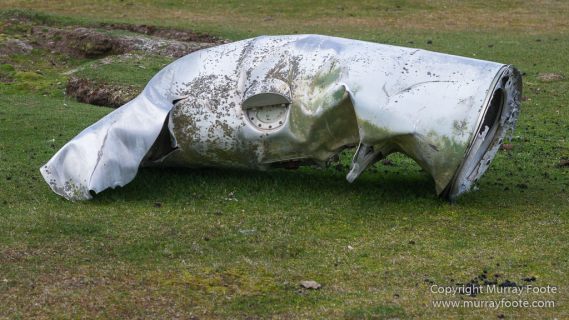 Probably part of another fuel tank.

The Falklands was first settled by the French in 1764 and the British in 1766 and they may have been unaware of each other’s settlements.  France transferred its claim to Spain in 1766.  The British withdrew their settlement in 1774 and the Spanish in 1812.  The British returned in 1833 and the Falklands Islands became a crown colony in 1840.  Britain was looking to transfer the islands to Argentina in the 1970s but this was blocked by fierce opposition from the islanders.  The early Thatcher Government also looked to transfer the islands as a needless expense but was blocked by the islanders.

Argentina occupied the Falkland Islands on 2 April 1982, partly to distract internal opinion from poor economic results and the political repression. 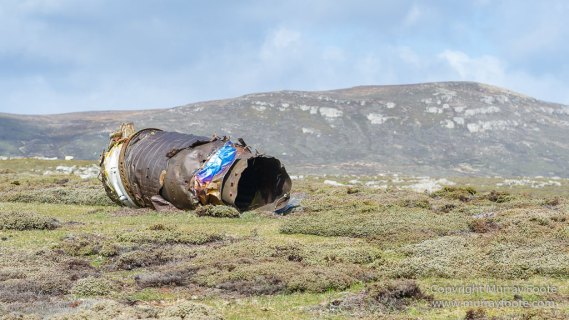 Early in the war, Argentina established a small airfield at Pebble Island to help defend against British ships.  The SAS raided Pebble Island on the 14th May and destroyed all the planes. 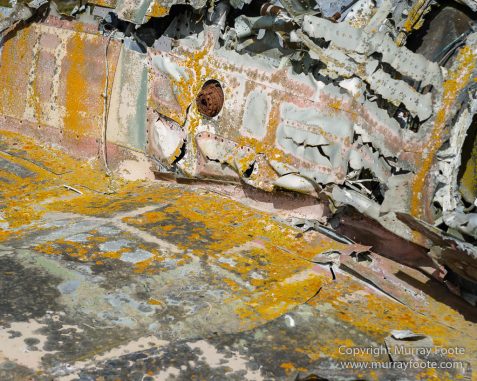 The war was a stretch for both sides.  Britain could have lost, either due to more successful raids of the Super Etendards on their main ships, or more effective bombing of the landing at San Carlos.  The Argentines military planning was for a war with Chile and they were stretched to cover the Falklands.  They couldn’t use the Stanley airfield for their jets and the Falklands was near the limit of their range from the mainland. 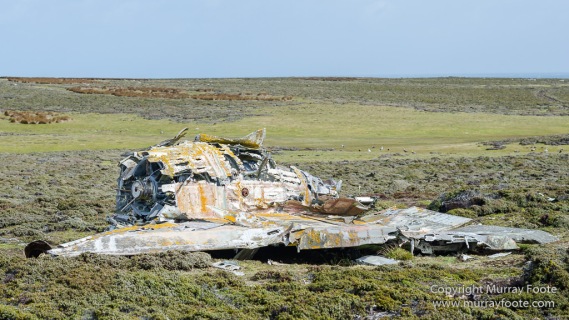 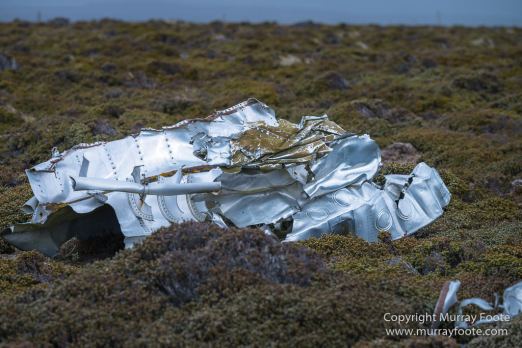 Remaining images are of the other plane, the C430 IAI Daggar.  The pilot, Captain Diaz, successfully ejected just before the crash and though he was seriously injured, survived the war.
. 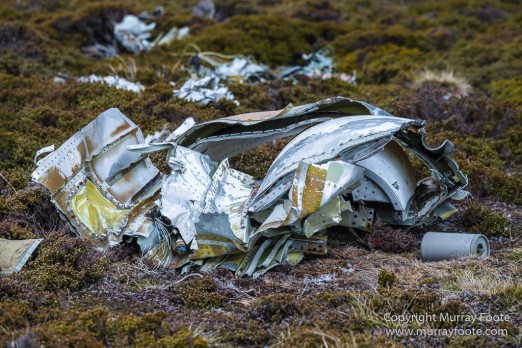 He was flying in formation with two other Daggars when they were all shot down on the 24th May by a Harrier flown by Edmund Spencer.  One of those pilots died.  The other ejected parallel to the sea, was uninjured when his ejection seat bounced along the water, and swam six hours to the shore. 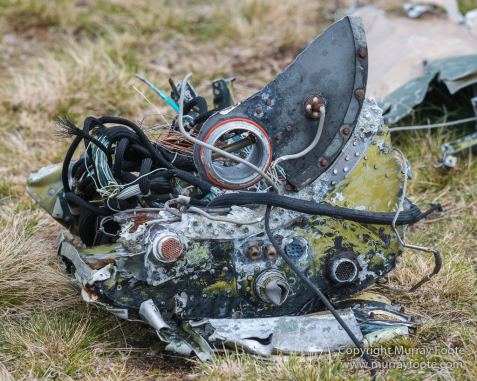 The IAI Daggars were an unauthorised Israeli copy of a French Mirage 5 aircraft. 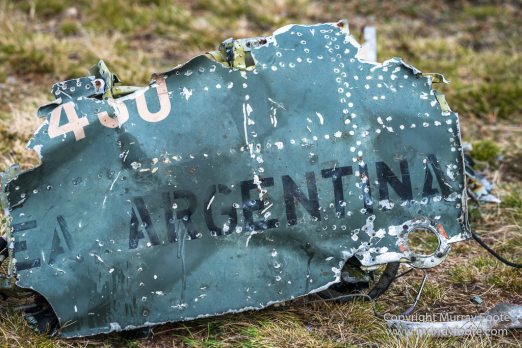 Here is a forward section of the fuselage showing that aircraft shot down was the C-430.

Here is a model of the very aircraft by Pablo Calcaterra.  He has a useful page showing the history of these planes in the war.  I sent an email requesting use of this image but the email addressed bounced.  So I hope he is OK with me using his image here. 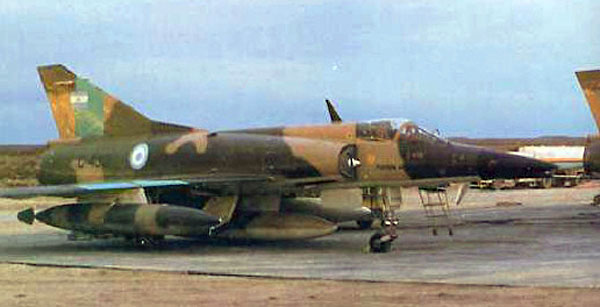 Here is a photograph of the actual plane, shortly before taking off on its final mission, also from Pablo Calcaterra’s site.

The pilot was of course not in the plane when it hit the ground but he was also injured before ejection.

There is a Forum thread here, which includes an account by the British pilot that shot down this plane.

On the 25th May, the British Destroyer Coventry was off the north coast of Pebble Island in an operation to distract the Agrentinians from the landing at San Carlos Bay.  They shot down two Argentinian Skyhawks and both pilots were killed, but bombs from another two Skyhawks sunk the Coventry, killing 19 of her 189 crew.  While the survivors waited in their lifecraft to be rescued, they sang “Always look on the bright side of life” from Monty Python’s Life of Brian.

13 comments on “Wreckage from the Falklands War”