We stayed briefly in the zona coloniale, the old quarter of Santo Domingo, which is the oldest continuously occupied city in the Americas.

The central area is quite safe, with a heavy police presence but especially coming from Cuba,  it didn’t always feel as safe outside that.

We went to visit the Cathedral, but what we thought was the entrance was not actually the way to get in. 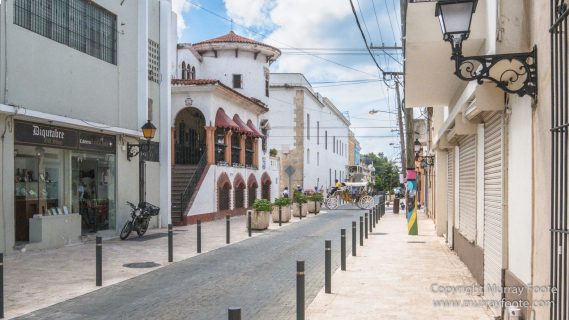 So we had to walk around the block to get to the other side of the building.

This looks like a forgotten side entrance but is actually the way in.  The statue by the door is of Archbishop Merino, 1833-1906.

The cathedral is known by locals as Catedral Primada de America, though its proper name is Basilica Catedral Santa Maria de la Encarnacion.  It is the oldest cathedral in the Americas, begun in 1514 and completed in the 1540s.

Evidently the grave of an archbishop, dated 1569. 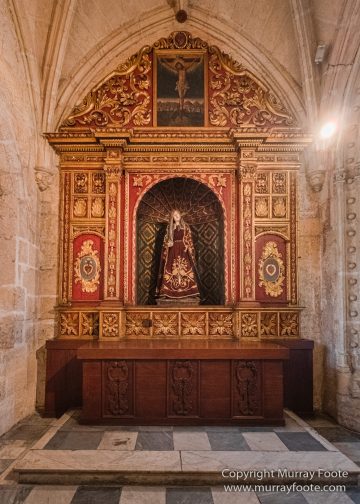 Santo Domingo is the oldest continuously occupied European settlement in the Americas.  It was founded by Bartholomew Columbus, brother of Christopher Columbus, in 1498.

Looking up at the ceiling.

This is an altar at one end of the cathedral.

And here it is at the top of this image, with the other end of the cathedral at the bottom..

It takes a lot of heavy machinery operating outside the cathedral to compress it in this way, and you have to hope the stonework does not fall down on you.

A safer and less expensive approach, which is less likely to incur the ire of the authorities, is to stitch together multiple images, six images taken with a fisheye lens for example.

And this is the far end.

At the far end, looking up.

The inscription on the left says something about returning the picture of the Blessed Virgin of La Antigua to the Dominicans and is dated 1862, so it probably refers to the painting on the right.

This somehow looks almost modernist in an El Greco sense.

This is below the archbishop’s grave we saw earlier.  It’s a bit hard to translate the Latin because the words run together but I suspect it marks the graves of Don Rodrigo and perhaps his wife Senora Rodriguez, and is dated 1553. 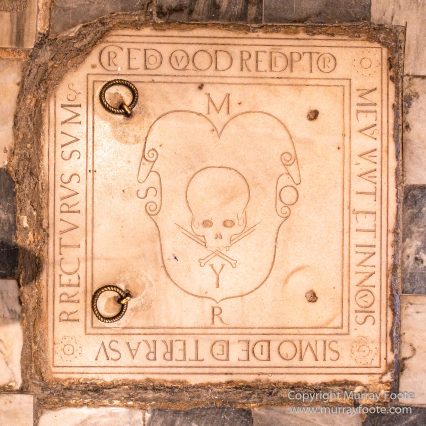 No idea what this says.  there doesn’t appear to be a date.

Outside of the cathedral.  I think this is the way out.

Out in the streets again, and we’re heading to Fortaleza Ozama (next post).

I’m pretty sure this and the next two images are from the Museo Casa de Tostado. 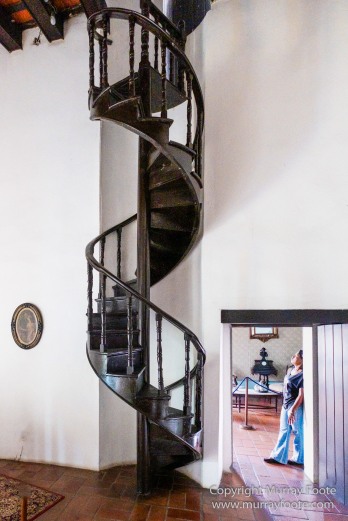 Old doors on the street. 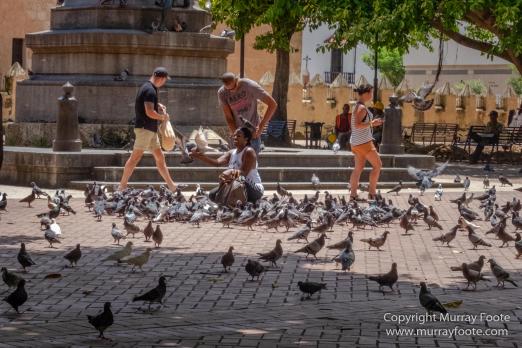 Woman feeding pigeons, I think near the cathedral.