While in Vrindavan we stayed at Jai Singh Gera Ashram.  This was founded by Raja Savai Jai Singh, or Jai Singh II, ruler of Amber (later Jaipur) in Rajasthan.  He was the strongest Hindu ruler in Northern India at the time and was also an important official for a succession of Mogul emperors, though Aurangzeb sidelined him because he was a Hindu and Bahadur Shah sidelined him because he took the wrong side in a Mogul succession war. He built what is now the ashram on a two-and-a-half acre site bordering onto the river.  It slowly fell into ruin for much of the next 200 years until rebuilding and restoration commenced from the 1960s.

I do not have any photographs to show you of the more modern accommodation and facilities in the building where we stayed, but I accidentally discovered an unreconstructed section of the original buildings. 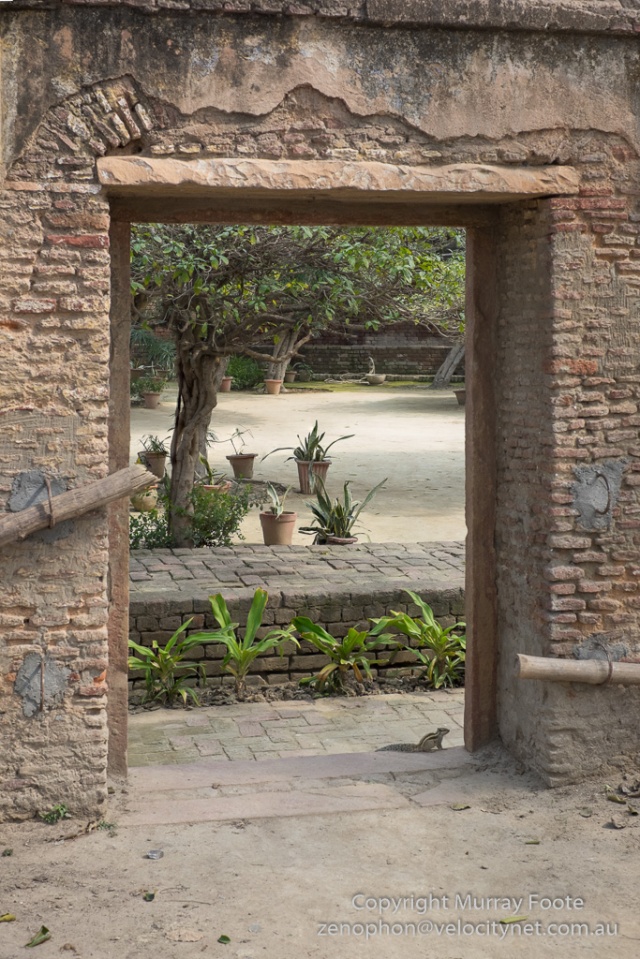 Gateway to garden, with squirrel.

Looking for the back gate, I walked past it and instead walked through a gateway to a rather charming garden. 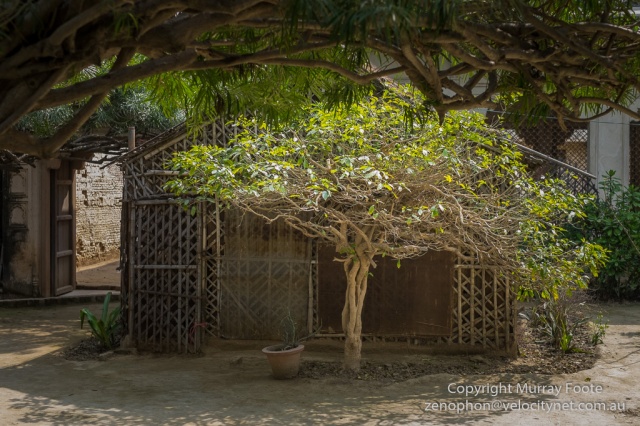 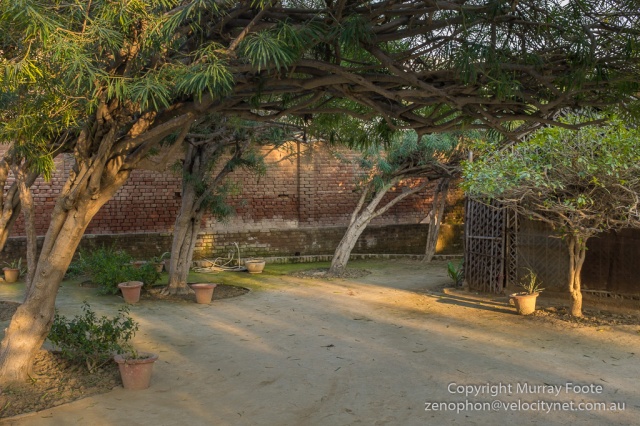 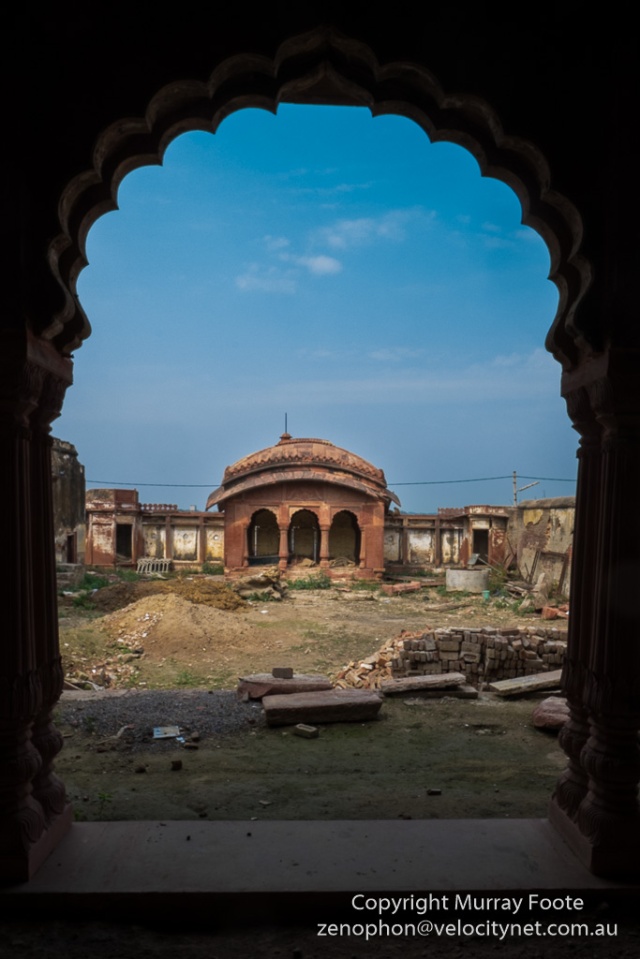 Beyond the garden, I discovered an unheralded and enchanted wonderland that included buildings that must have been built by Jai Singh. 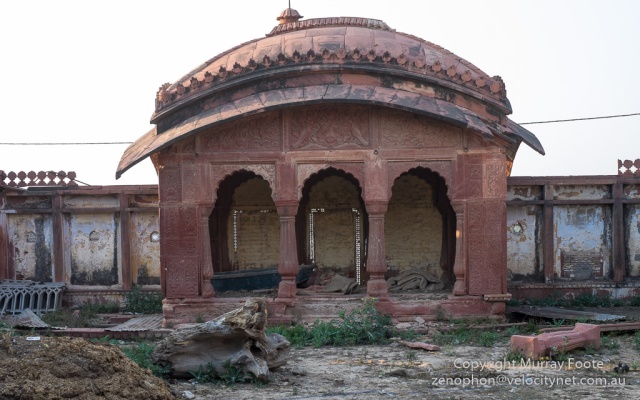 The river is just beyond here.  I suspect this was originally a gateway to steps leading down to the river. 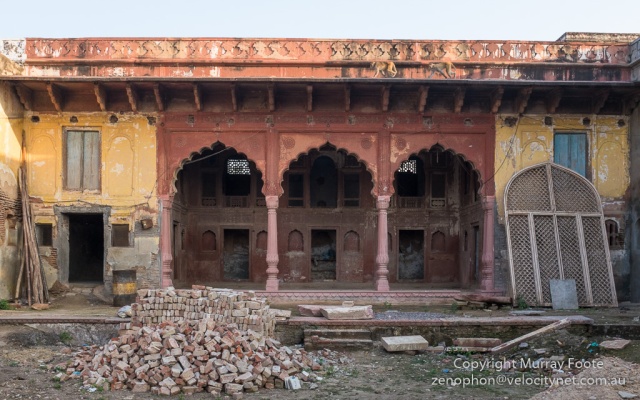 This must be Jai Singh’s Pavillion.  I surmise it was used for religious ceremonies and performances. 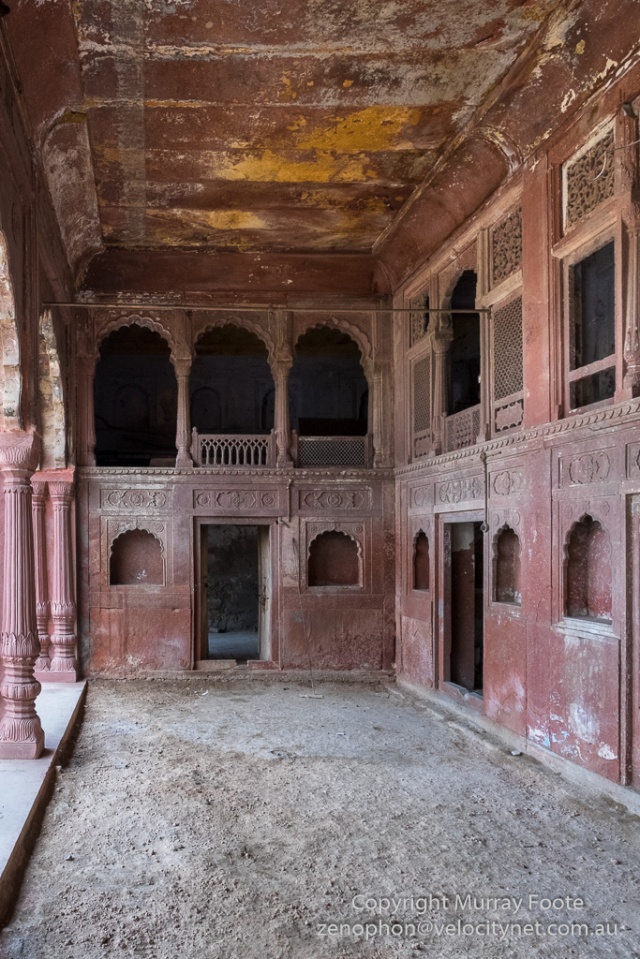 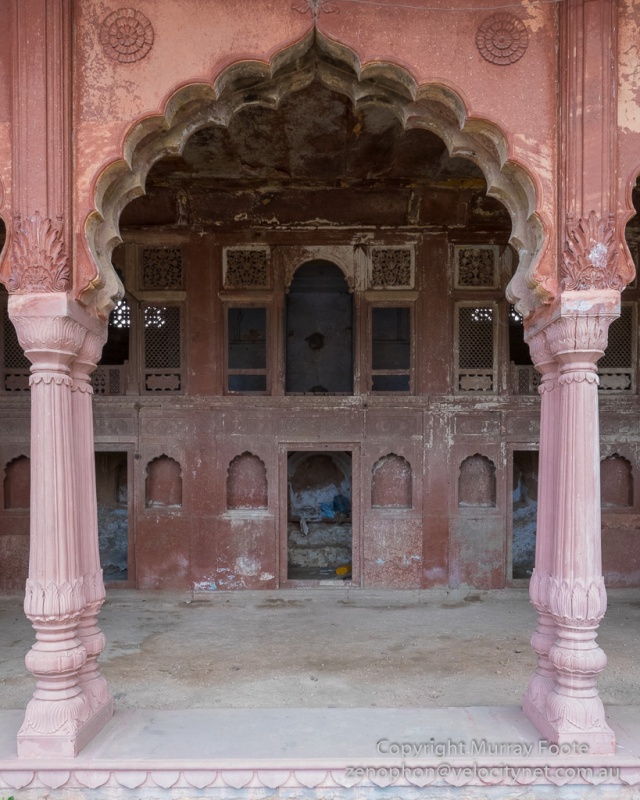 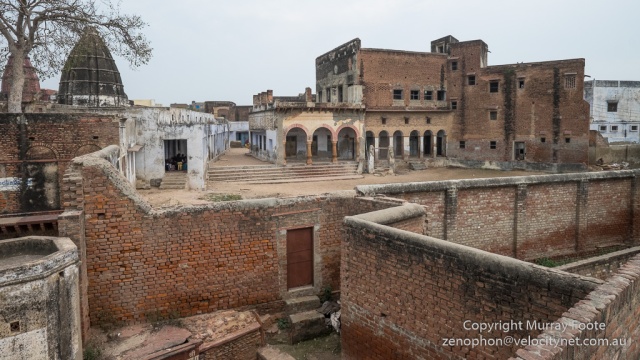 Going back through the garden, there was a set of steps by the river wall leading up to a vantage point.  This is a view from there.  I don’t think these buildings are part of the ashram.  There appears to be a school for young children in the walkway at the left.

Down below there was a monkey studying itself in a fragment of a mirror. 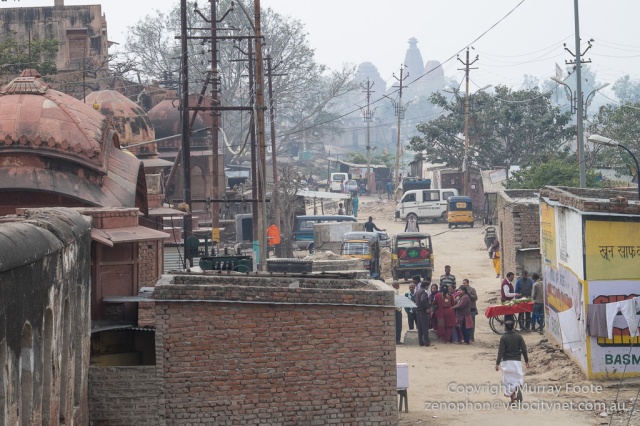 And this is looking along the road beside the river. 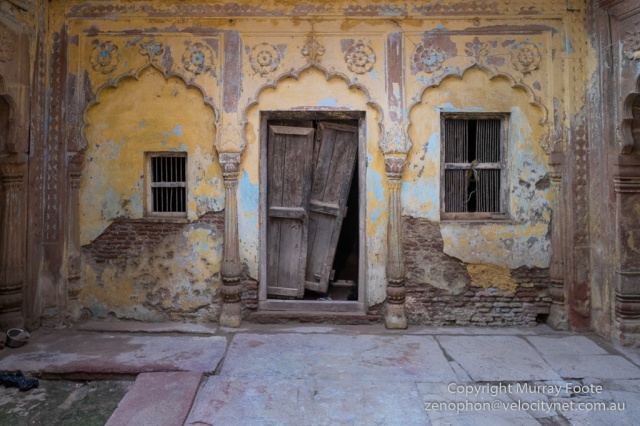 Outside the back gate of the ashram, there was a building that we were told was abandoned.  It appeared to have seen better days. 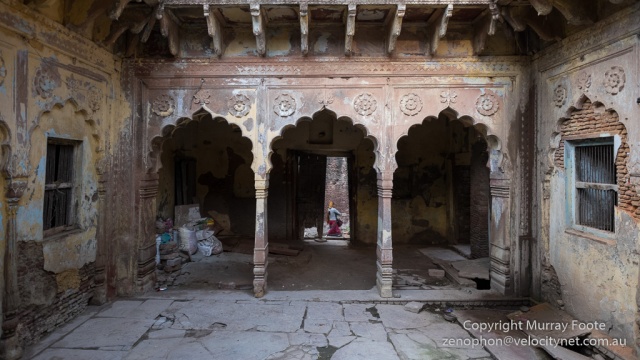 Here we are looking back towards the street. 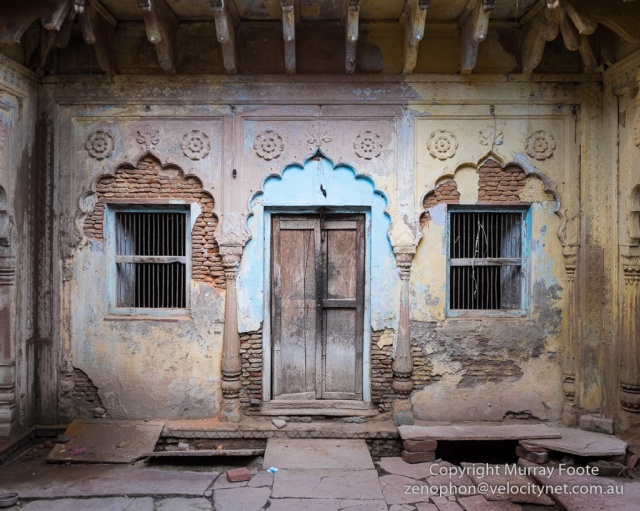 I made some photographs in the central courtyard and then a dog started barking from the upper level.  I then realised there was a family squatting up there so I left. 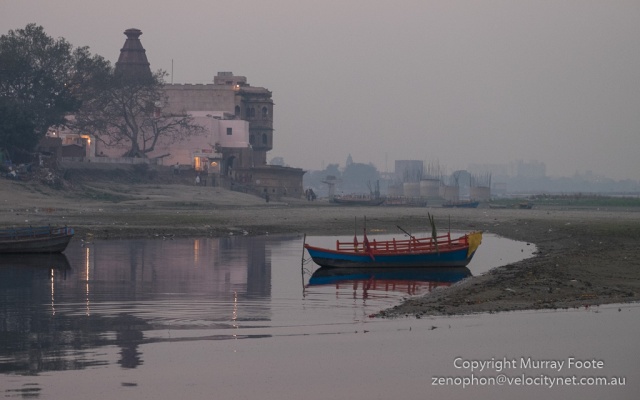 Here we are looking back from near the pontoon bridge with darkness descending….