At the end of a long day (as per the previous four posts) we had some free time in the late afternoon so we decided to go for a walk near our hotel, which was also near Gur Emir (Timur’s mausoleum).

In the park opposite the hotel, this is the Rukhabad Mausoleum, built by Timur in 1380 to house the grave of Islamic theologian Sheikh Burhaneddin Sagaradzhi.  The mausoleum is generally plain and unassuming, as is the interior.

Here from a distance is the top of Gur Emir, Timur’s mausoleum, as we approach. 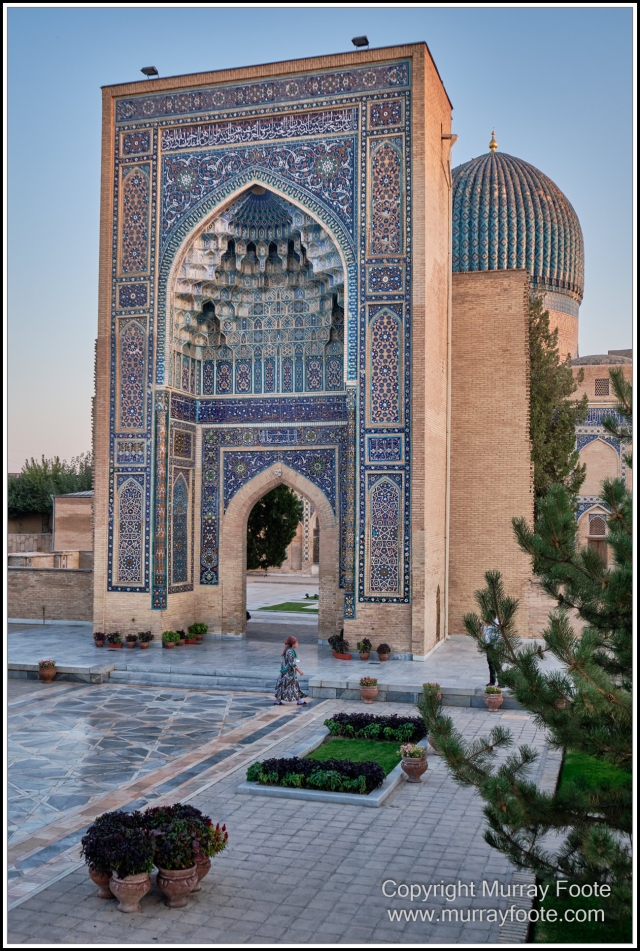 Late in the afternoon, just before closing time, there were few people around, just a few locals passing by. 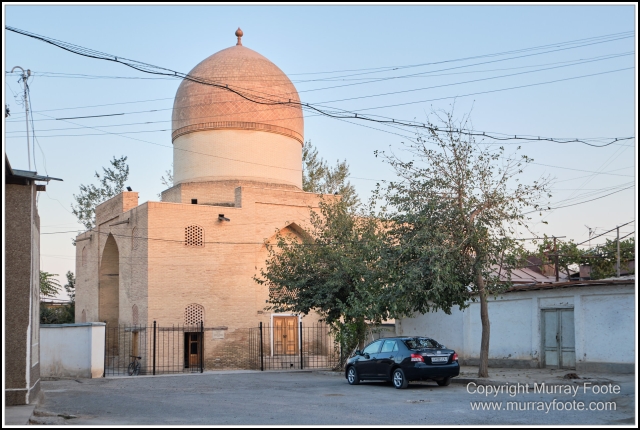 Not far away is a mausoleum with a simple exterior.  I was not aware of this and an attendant called us inside as we passed by.

The interior was spectacular and elegant and a great surprise. 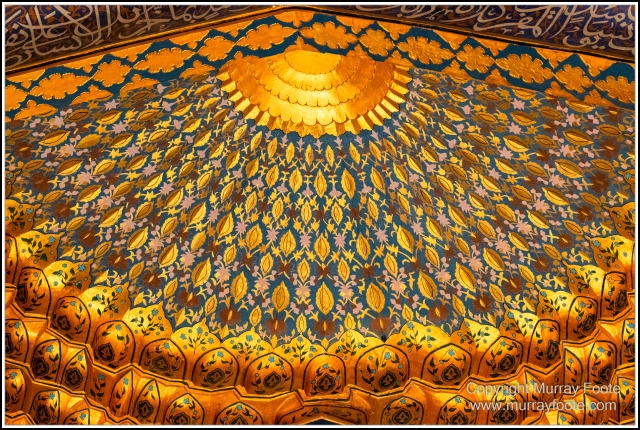 The exterior was supposed to include a turquoise dome but that was never finished.

It has been very recently restored, in 2007. 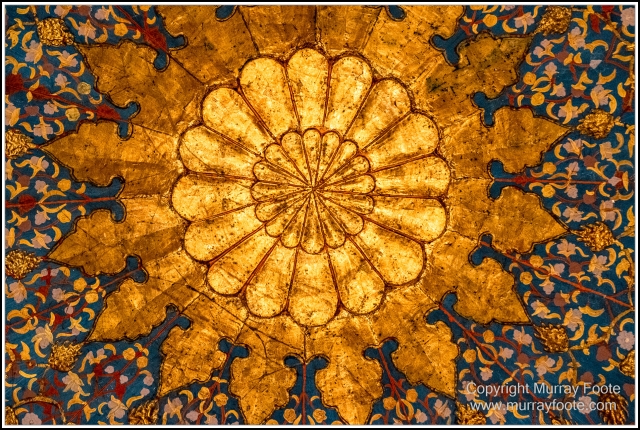 It is the mausoleum of Abdal-Latif Mirzu, sone of Ulugh Beg and geat grandson of Timur.

Timur’s death lead to a civil war, which his son Shah Rukh won after several years.  He based himself in Herat and let his son Ulugh Beg rule Samarkand.  Ulugh Beg’s great achievements were as Crown Prince and ruler of Samarkand. 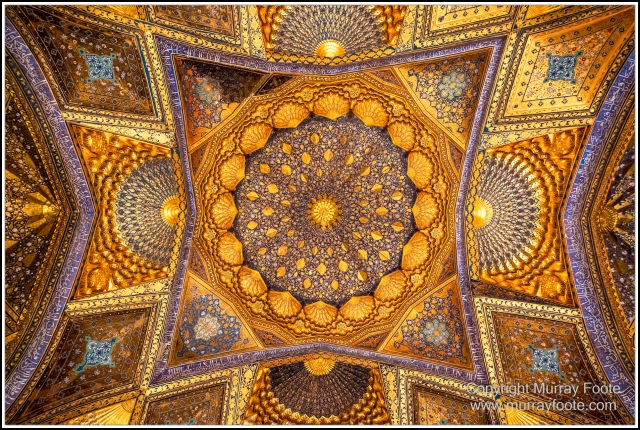 When Shah Rukh died, another series of civil wars broke out. Ulugh Beg spent his three years as Emperor fighting them. 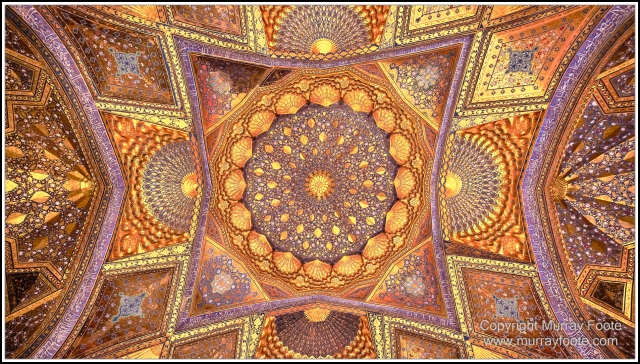 In 1449, he was defeated by his son Abdal-Latif Mirza.  He surrendered and then set off on a pilgrimage to Mecca but his son had him assassinated on the way.

When Soviet scientist Gerasimov disinterred Timur in 1941, he also disinterred Ulugh Beg who lay with his head separated from his body.

Abdal-Latif Mirza ruled for only six months before he too was executed.

The magnificence of the mausoleum lives on….

We were very lucky to visit so late in the afternoon because we were the only visitors and it is quite small. 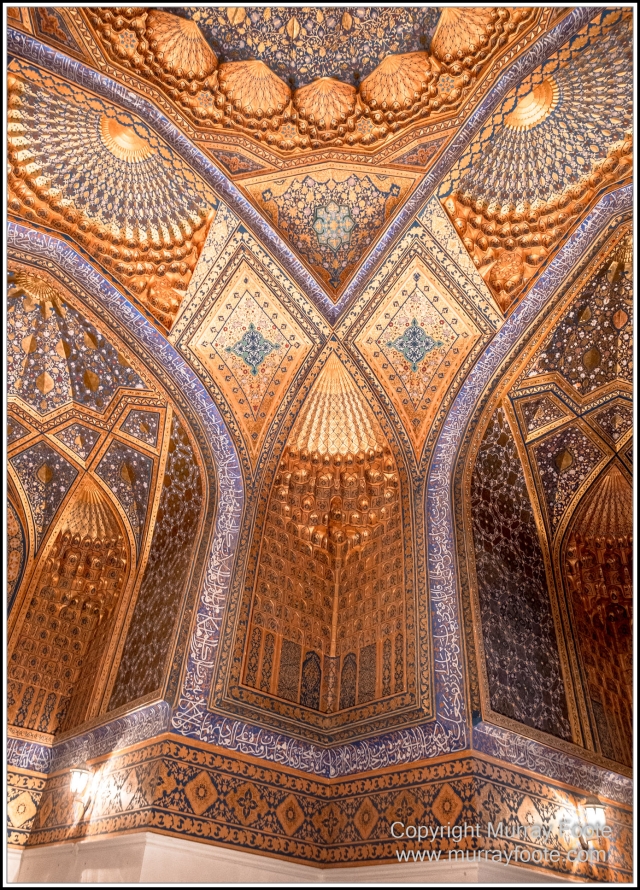 This section said to represent the eyes and head of a bird. 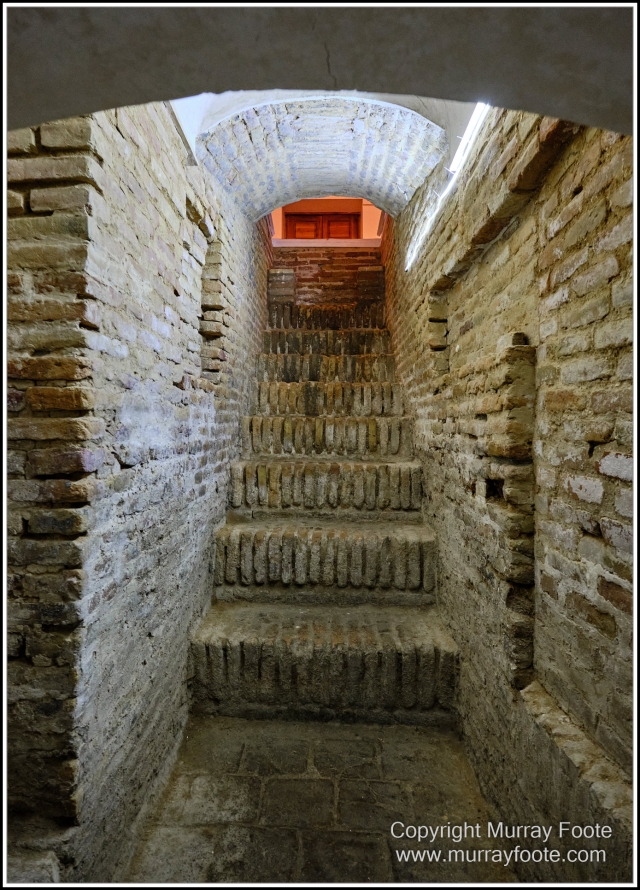 The steps to the undecorated funeral chamber below.  A body was discovered here with the head separated, presumably Abdal-Latif Mirza.

Walking back to the hotel, we were able to enter Gur Emir (Timur’s mausoleum) in the last few minutes before it closed, free of the seething crowds.  This is the main chamber.

I still have a few posts to go on Samarkand but they will have to wait as I am soon expecting to depart of a short trip to North Queensland, unless COVID lockdowns intervene.  More on that soon.