Here we are on our way in to the City Palace in Udaipur.  Above us, a worker is dusting the outside of the building.

A couple of guards riding past as we walked through the main gate.

The images in this post are of views inside the palace.  In the post after next I will show you some views of the Palace from the Lake.

That looks quite precarious up there and only one of the two is wearing a safety harness, though he may be about to put one on. 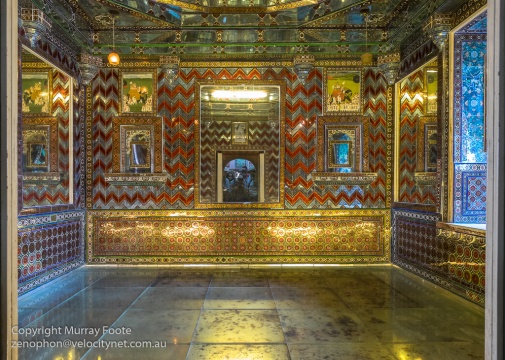 Udaipur was founded by Udai Singh II, Maharana of Mewar.  He was born in the fortress city of Chitor, then the Capital of Mewar.  In 1567, Akhbar attacked Chitor.  This was because Udai Singh had given refuge to Baz Bahadur, Sultan of nearby Malwa until defeated by Akhbar.  Also Udai Singh’s son, a hostage at the Mogul court, escaped and fled to Chitor.

Akhbar’s siege lasted for around a year until all seemed lost.  So in the Rajput tradition of jauhar, the women of the court and their children threw themselves onto a huge bonfire and their menfolk issued from the gate to die in battle.  Akhbar had won but he still slaughtered 20,000 surviving civilians.  Chitor was never reoccupied. 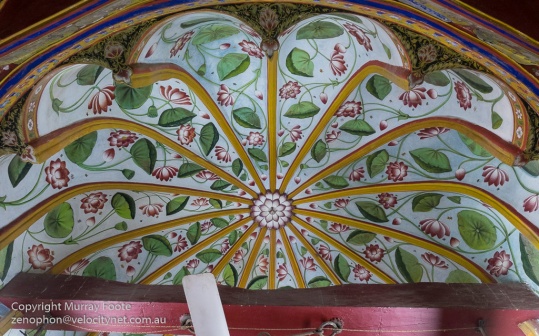 Udai Singh selected Udaipur (subsequently named after him) as the new Capital of Mewar because it was easy to defend and situated in hilly country that was not well suited to heavily armoured Mogul horsemen.

Udaipur was founded in 1553 and the City Palace in 1559.  It is a very large complex, the largest palace complex in Rajasthan, with many buildings from different periods and a profusion of wonderful artifacts.

The rulers of Mewar are known as Maharanas rather than Maharajas, meaning Great Warriors rather than Great Kings.

This is the Surya Dev, the Sun God from whom the Sesodia clan of the Maharanas of Mewar were supposed to be descended.  This item is quite recent, from the reign of Maharana Bhupal Singh (1930-1955) and probably prior to Indian independence in 1947.  It is presumably the Maharana’s face in the middle. 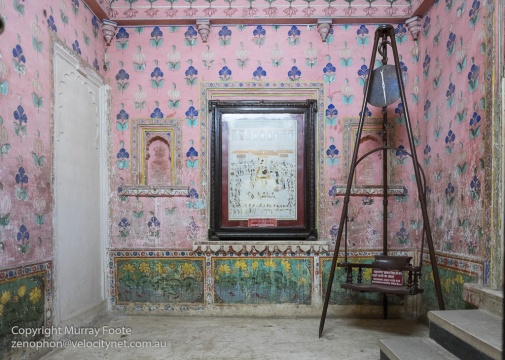 This is the weighing scale used for Maharana Bhupal Singh.  It is said that his weight in gold was distributed to the poor every year.  Not so good for the poor if an infant succeeded to the throne.

This and the succeeding five images are at Mor Chowk, the Peacock Courtyard.

The delicacy of the mosaics is quite wonderful. 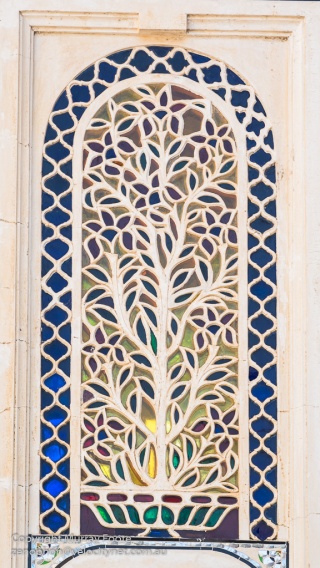 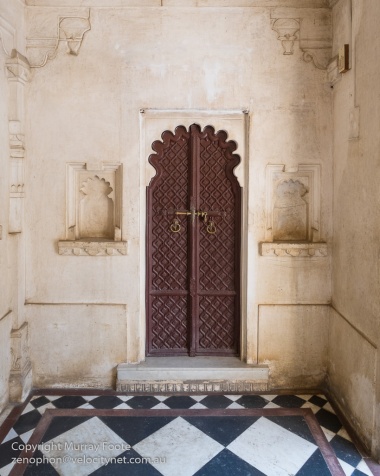 A collection of Palace kitchen implements from a bygone era.

In 1736, Udaipur was devastated by the Marathas from North Central India.  It was reconstituted with the aid of the British in the nineteenth century.  As with the other princely States,  the Maharanas lost their remaining power and position with Indian independence in 1947. 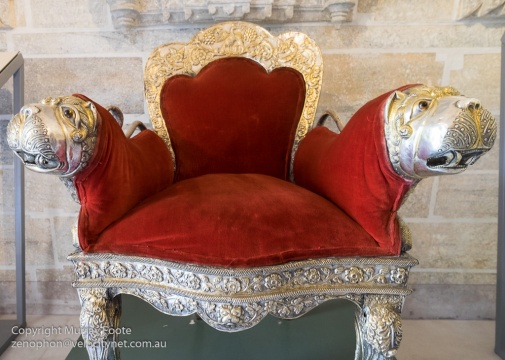 This just requires an elephant and a Maharana for completeness.