After staying overnight in a hotel in Delhi, we head off to the airport on a bus.   A young woman on a balcony contemplates the urban morning….

Vignettes of life flash by as we proceed.

Next we board a plane from Delhi to Udaipur in Rajasthan (refer map in the Itinerary).

Now in Udaipur, we are heading to our hotel. 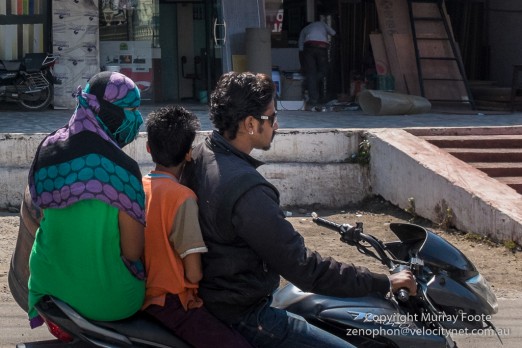 A family on a motorbike as we pass by. 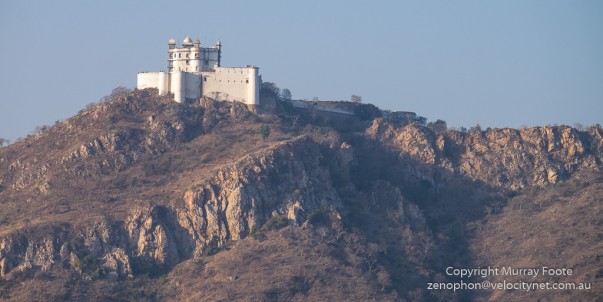 A view from our hotel room of the Monsoon Palace, on a nearby hill in the middle of Sajjangarh Wildlife Sanctuary.  It was formerly a royal palace and has recently become open to the public.  The wildlife sanctuary “is a reserve for reptiles, tigers, nilgai, sambhar, wild boars, hyenas, panthers, and jackals, and is also popular for bird watching”.  We did not subsequently visit there.

Another view from our hotel.  This is actually a duo-toned monochrome rather than a colour image. 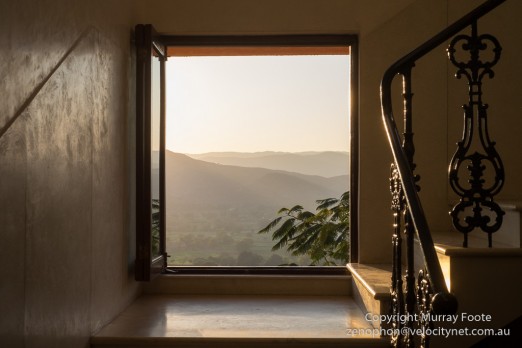 We were staying in Hotel Fatehgarh on top of a different hill.  A derelict palace had been transferred here stone by stone and recreated to a modern hotel. 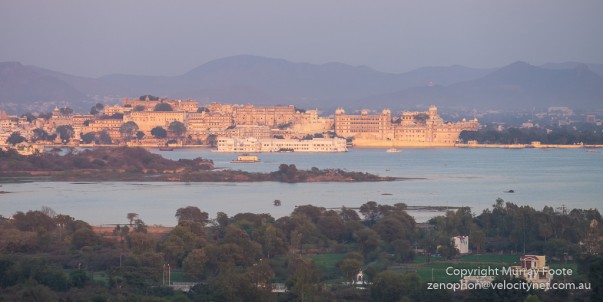 And we had a wonderful view of the spectacular city of Udaipur on an evening with perfect weather.

The last of the sunset.

Early next morning it was overcast and the light was subdued. 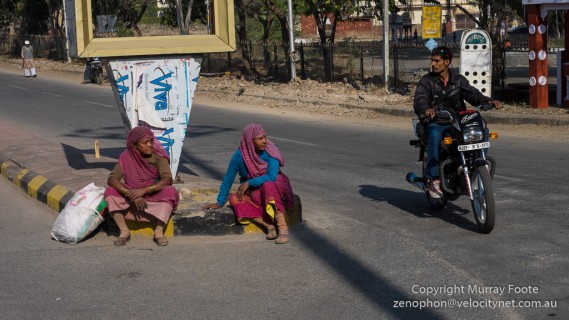 We climbed into the bus again and headed off into the city…. 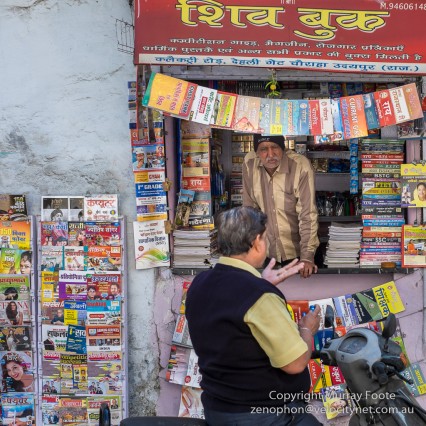 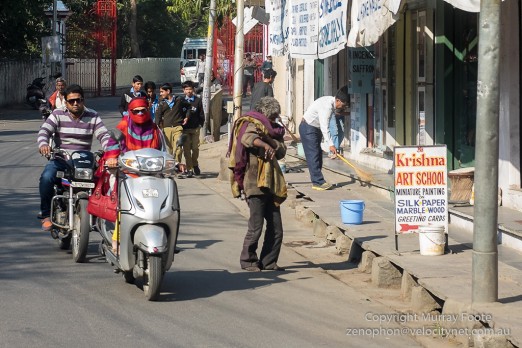