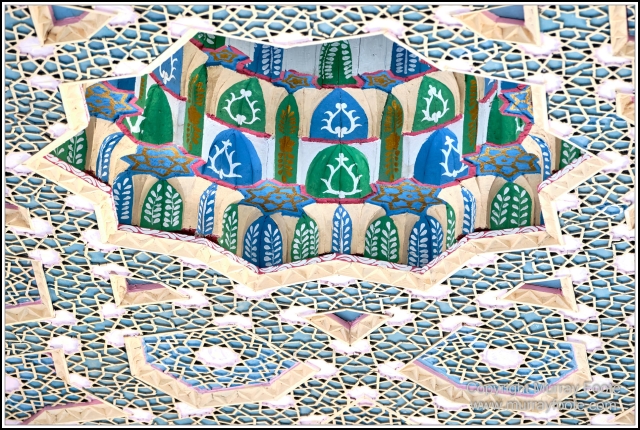 The first thing that struck me when arriving at Sitorai Mohkli-Khosa Palace were the near perfect reflections in a pool. 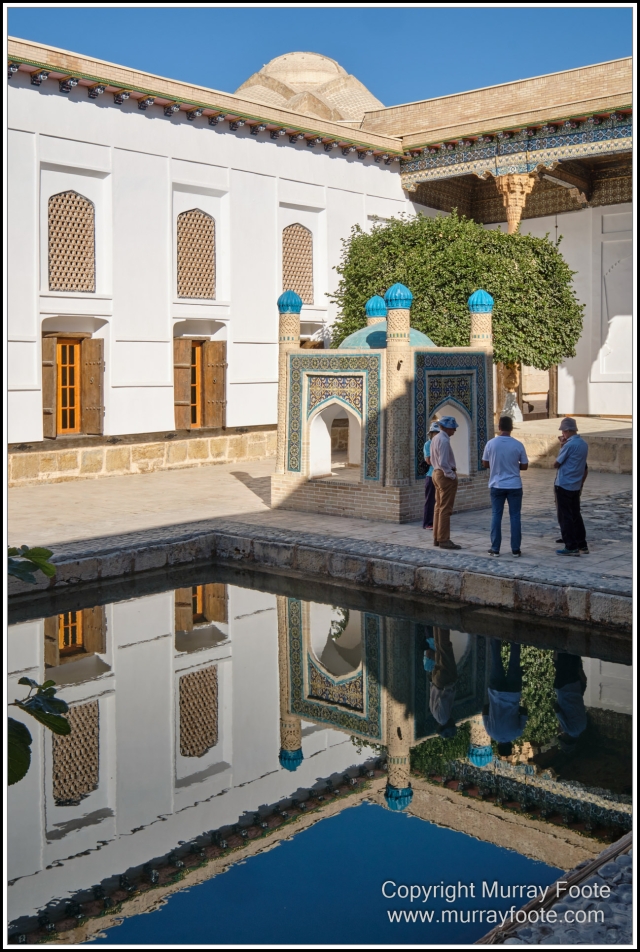 And here is a wider view of the source of the reflections. 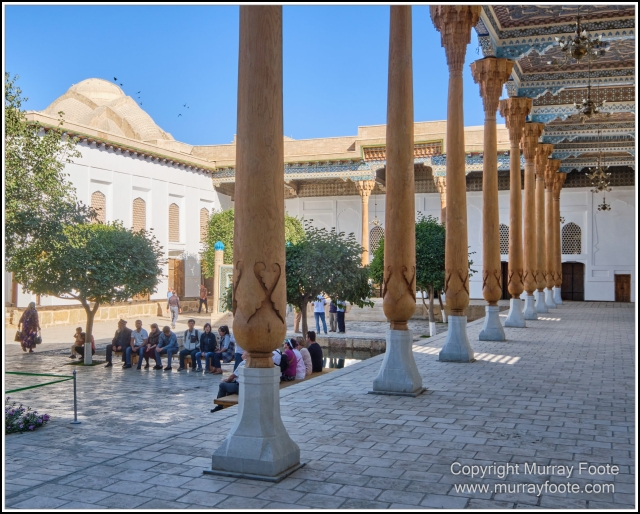 Sitorai Mohkli-Khosa Palace is the Summer Palace for the Emir, originally outside Bukhara but now on the outskirts.  It was built three times by the last three Emirs and the surviving version dates from 1912 to 1918.  It was built using Russian engineers and traditional Bukharan craftsmen, in a sometimes strange mix of traditional Bukhara and early 20th century architecture. 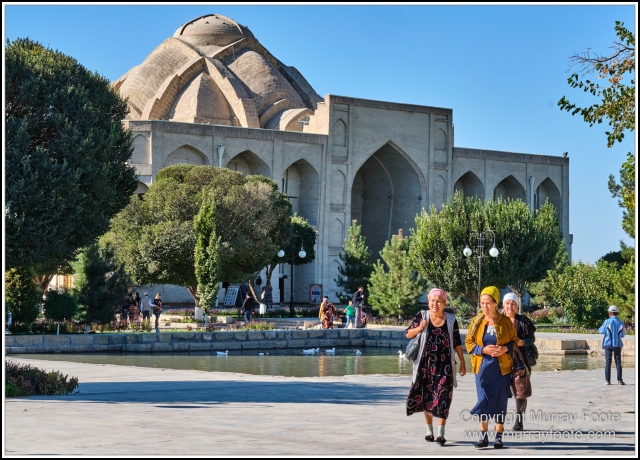 The small “minaret” has a very realistic depiction of a pigeon on top.  It even moves and flies away. 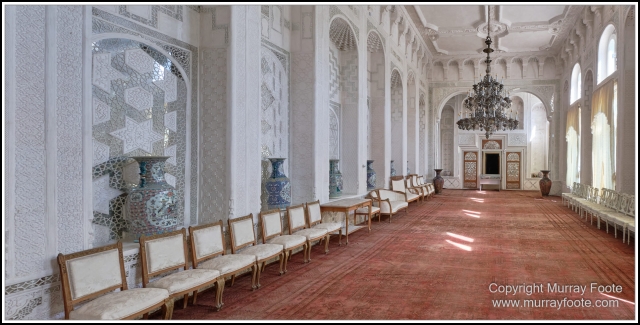 The Russian engineers and architects were from St Petersberg.  The last Emir used to frequently visit there on his own private train.  He had attended military school there and sent his son to the same school.  The is the White Hall.  I would presume it was inspired by the Winter Palace of Peter the Great, in turn inspired by Louis XIV’s Versailles (including the Hall of Mirrors) which was in turn inspired by Vaux-le-Vicomte of Nicolas Focquet (and this last one possibly more impressive than the other two). 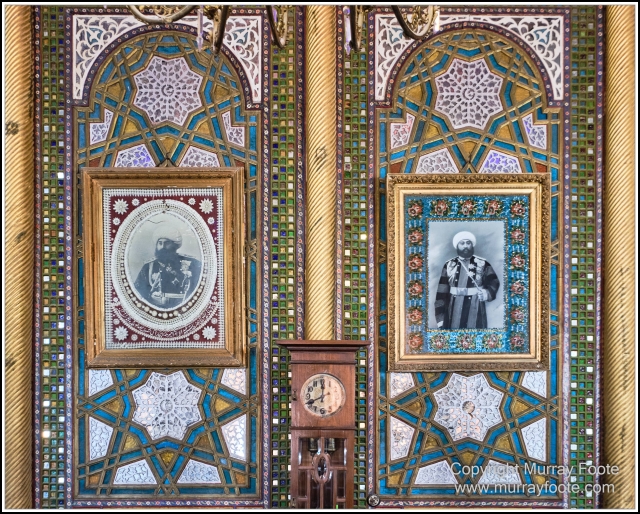 Stepping back a bit…

The Emir’s collection of Chinese Vases.

… and the ceiling above…

Outside in the courtyard. 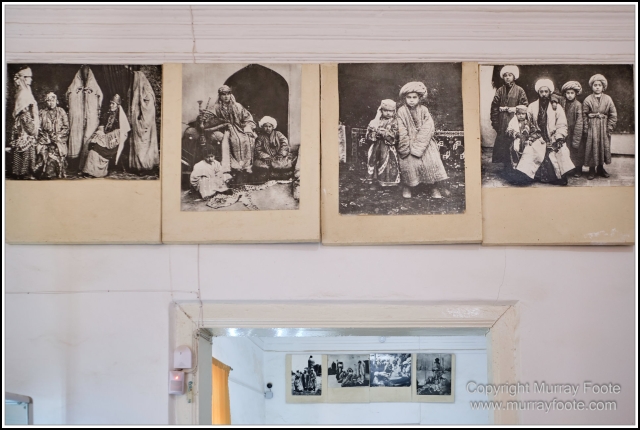 Historical costumes on Bukhara on the nineteenth century. 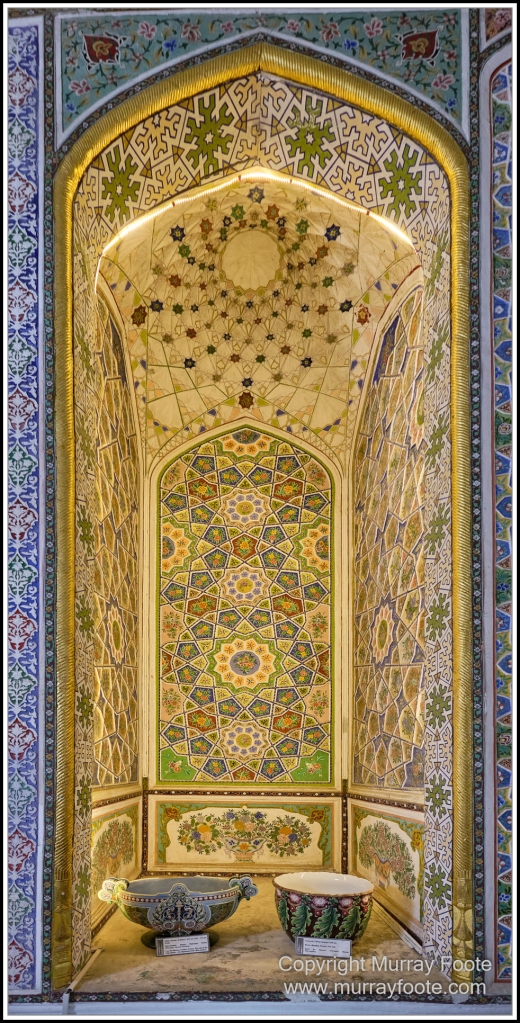 There were some impressive wall niches.

(I tried to have these appear on this page side by side by was defeated by WordPress formatting). 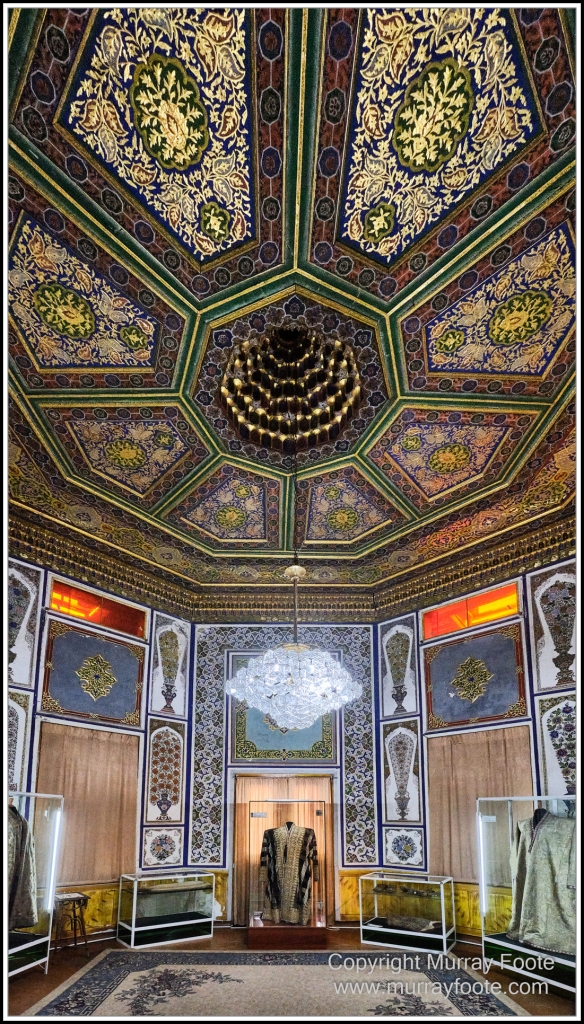 Outfits of the Emir. 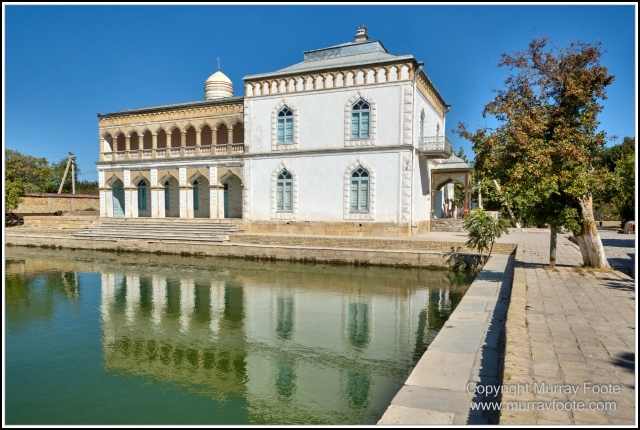 This is the building for the Harem.  Mind you, there were 400 in the Harem, so they can’t all have lived here.  When the Bolsheviks turned up in 1920 and the Emir fled to Afghanistan, the women of the harem were paired off with soldiers. 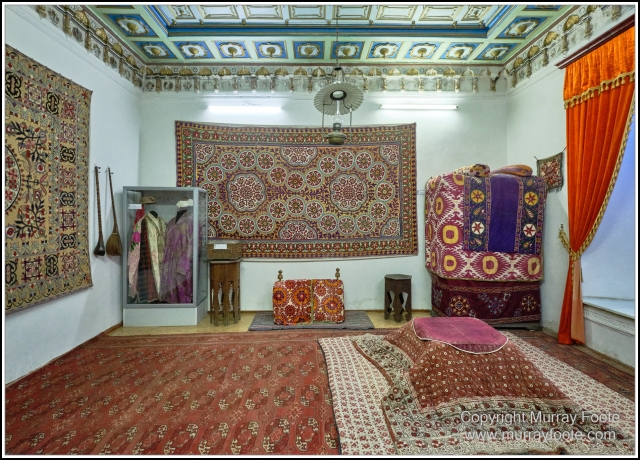 Nowadays the building is a textile museum for suzanis from Urgut and Shahrisabz. 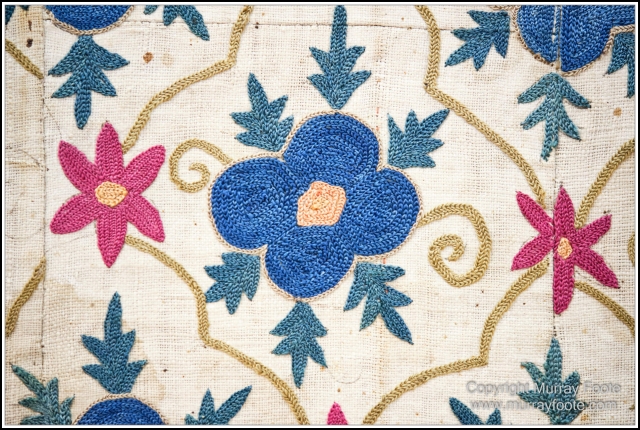 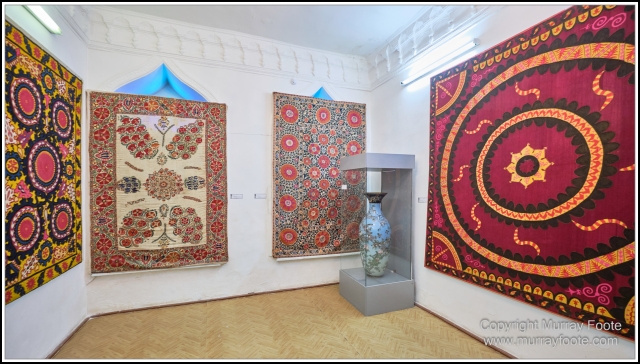 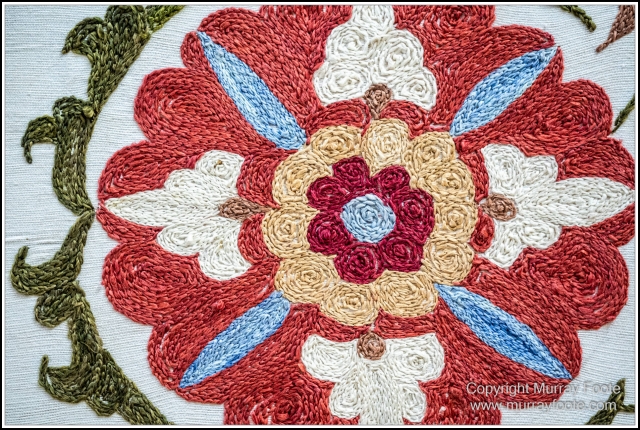 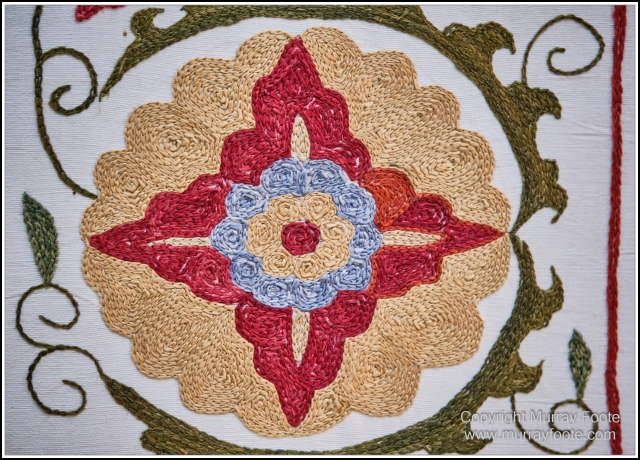 A curiously ornate drainpipe at the harem.