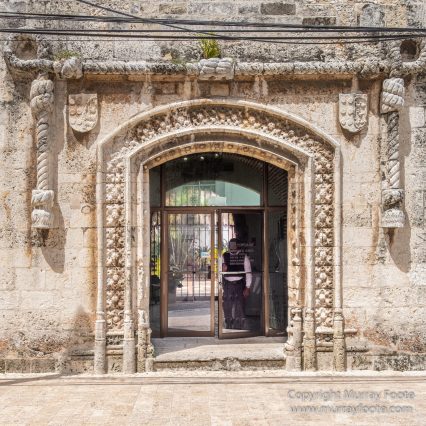 On our way from Monasterio de San Francisco to Alcázar de Colón, we passed the doorway to Casa del Cordon (which is not open to the public).  It was built in the very early 16th century and is be3lieved to be the oldest stone house in the Americas.  For a period from 1509 it was home to Diego Columbus, son of Christopher and Governor at the time.

Now we are inside Alcázar de Colón (or Castle of Columbus) which is now a museum.

Diego Columbus moved here from Casa de Cordon after it was built.  Wikipedia says that Alcázar de Colón is the only known residence of Diego, which is clearly wrong.

It was built between 1510 and 1514 of coral rocks, using 1,500 actually or effectively enslaved Taino Indians. 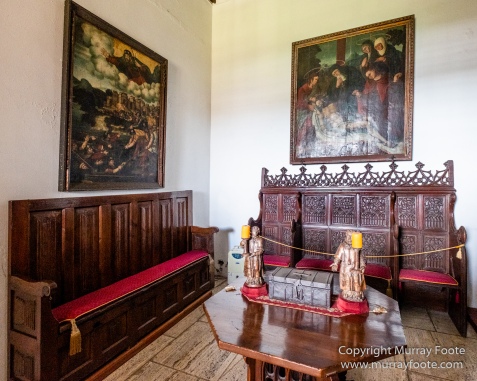 It once had fifty-five rooms and a number of gardens and courtyards.  It now has twenty-two rooms which are open to the public.

The Columbus family lived here until 1577.  In 1586 Sir Francis Drake plundered it. 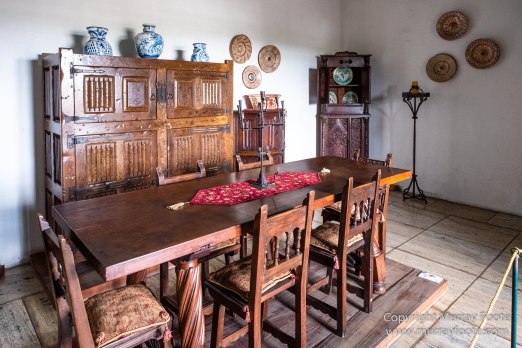 From the mid-eighteenth century it was abandoned and fell into ruins.

It was restored between 1955 and 1957 although there was controversy at the time of the historical sensitivity of this project. 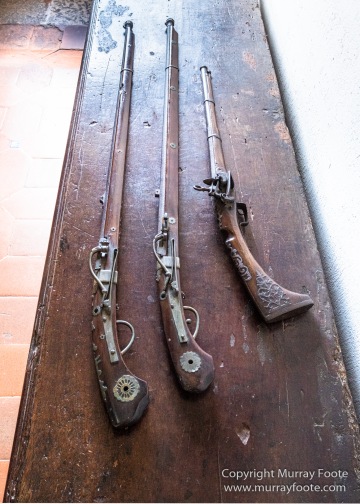 The Palaza houses works of art from the 14th to 17th centuries. 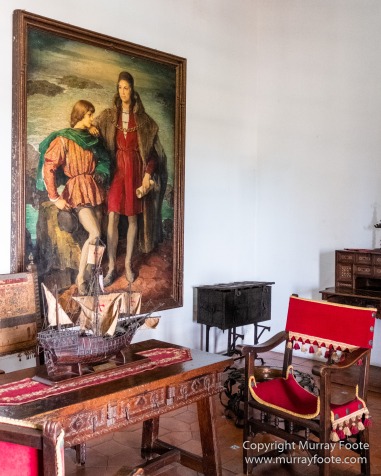 The painting is presumably Christopher and Diego, and the model the Santa Maria.

Out on the street again.

The little metal globes on the kerb were used for the tying of horses.