We had sailed overnight and were now in the remote bay of Hamiltonbukta, probably around forty kilometres from where those sealers were frozen in, in 1872.  Early in the morning, we set out in the zodiacs. 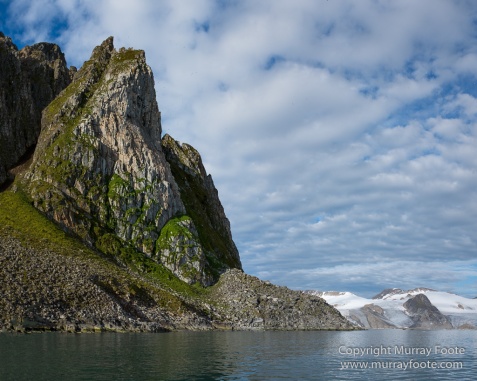 These are bird cliffs.  There are thousands of guillemots up there nesting on little ledges. 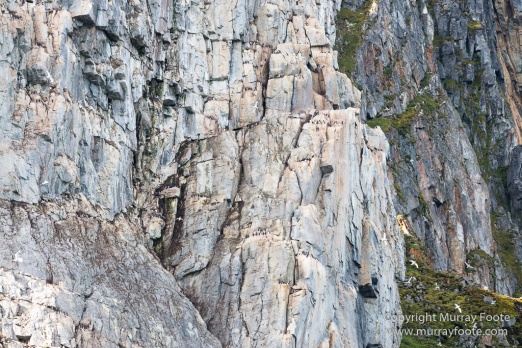 If you click on this image, you can see some of the birds up there.  We were at the time when the chicks leave the nest, high on the cliffs.  The only problem is that they haven’t flown before and they don’t do it very well.  The parents call to them from down on the sea and they throw themselves out of the nest, half flying down to the sea, often bouncing off rocks on the way down but usually seemingly little the worse for wear.  However, it is a hazardous journey and skuas and glaucous gulls are waiting to snap up any chicks they can, particularly the ones that don’t make it to the sea.

Here’s one that made it down safely, 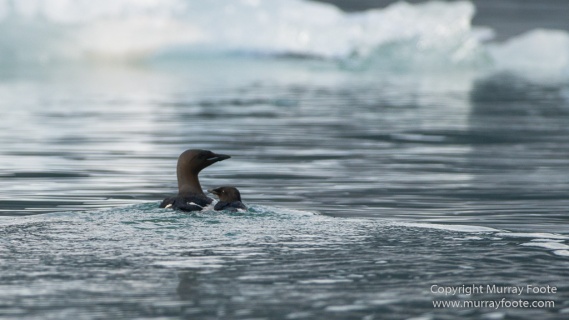 and paddling off together. 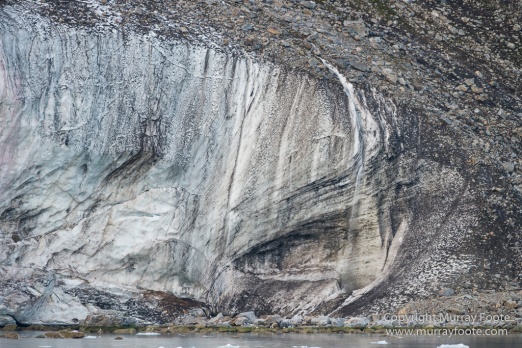 This is just a cliff, no ledges for the guillemots to nest.  Note the waterfall at the right though. 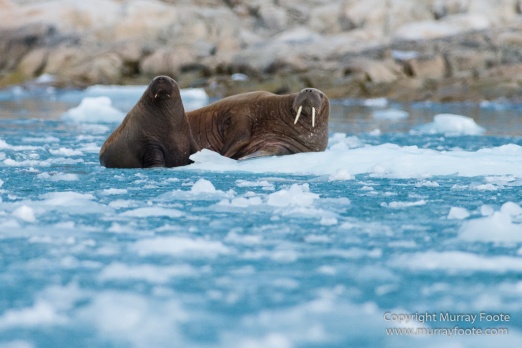 A little later we encountered a couple of walruses, mother and cub. 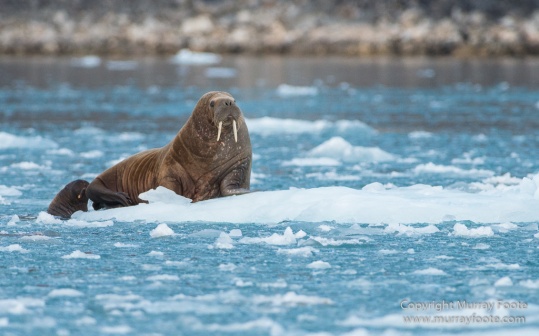 They looked at us for a while, then slid back into the water. 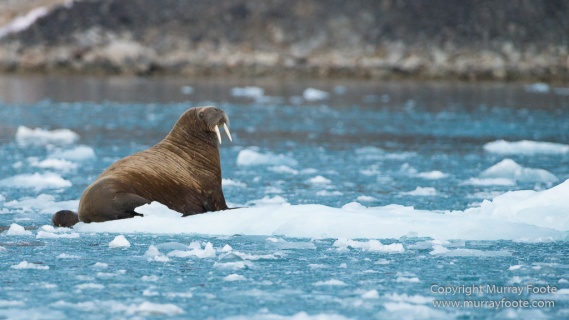 These were the only walruses we were to encounter on the journey. 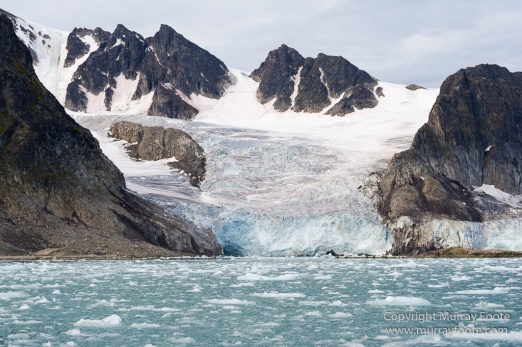 Another of the ubiquitous glaciers of Spitsbergen.

I didn’t expect to see a yacht so far north, though. 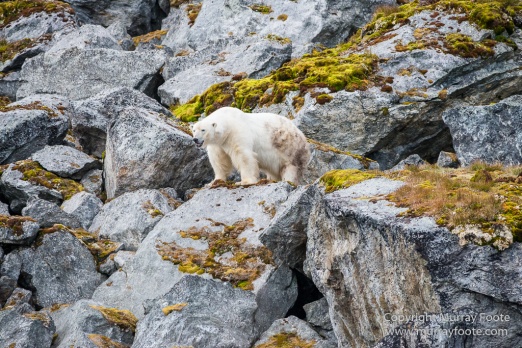 There was also a stray polar bear up on the cliffs.  They are usually solitary. 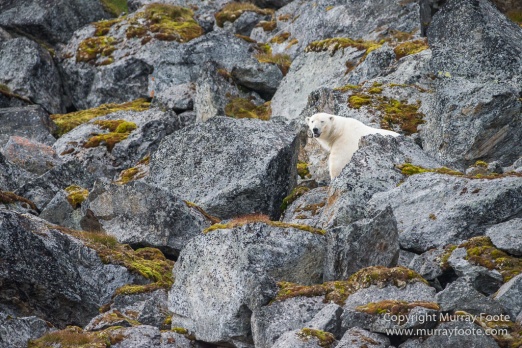 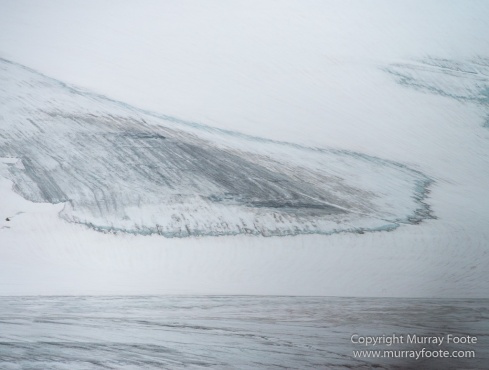 Patterns and details in the glacier…. 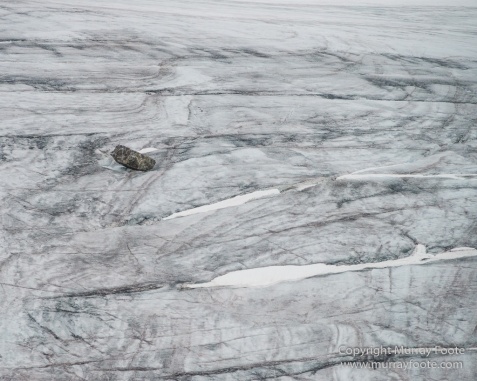 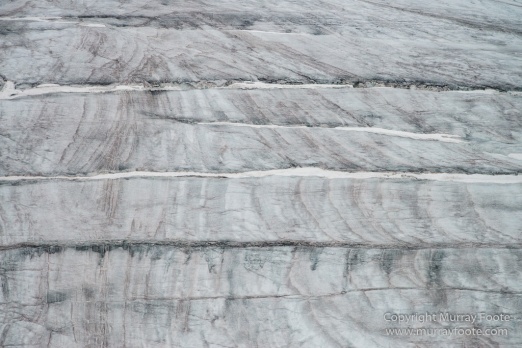 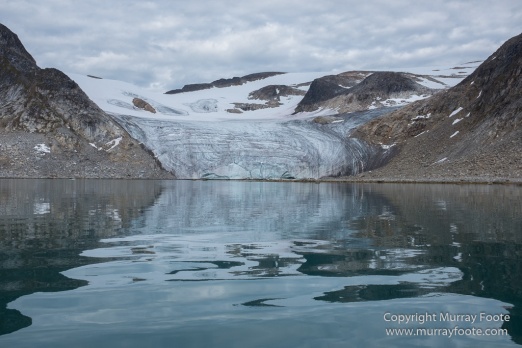 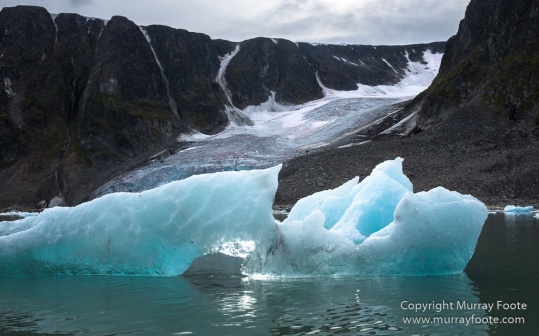 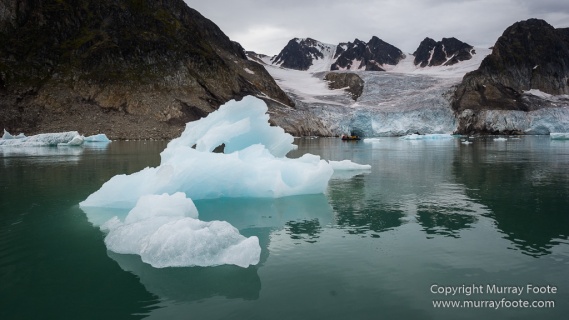 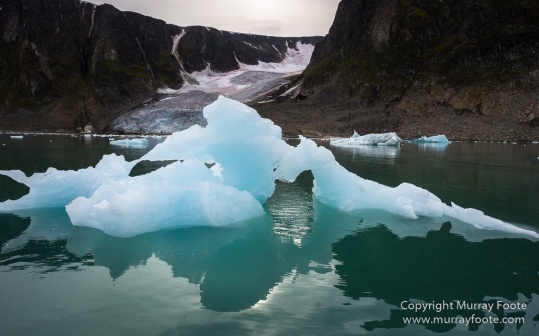 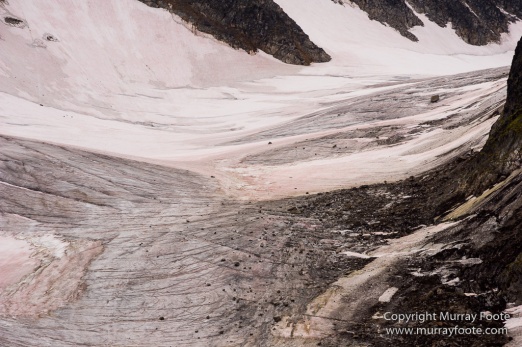 The scale of the glaciers is most impressive. 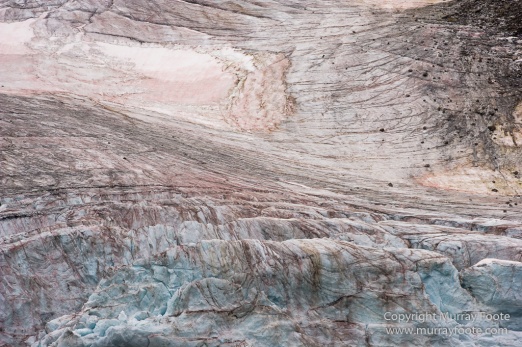 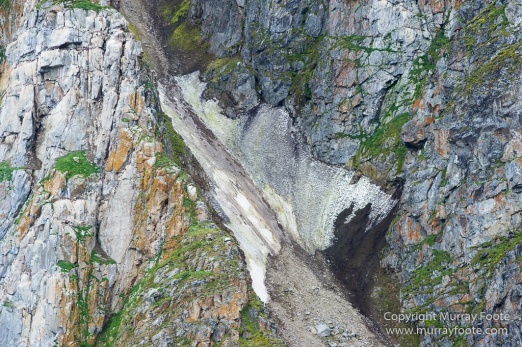 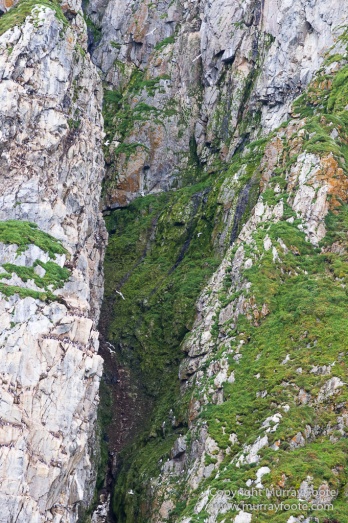 (I am about to increase my posting rate until the end of the month.  One a day is not enough to finish Spitsbergen and Greenland in that time so some days there will be two posts).

7 comments on “Guillemots, Walruses and a Polar Bear”