We ventured out in the zodiacs in the late morning and here is a selection of the surrounding glaciers.  The ship is not the one we were one.

Zodiacs at the bottom of the glacier give a sense of scale.  Although the glacier looks solid and stable, it is moving, so it can’t be too safe to hang around at its base (the zodiacs aren’t actually that close).  For example, there is a large rock on top of it probably somewhere between the size of a zodiac and a small house.  After months or years that is going to tumble down the front. 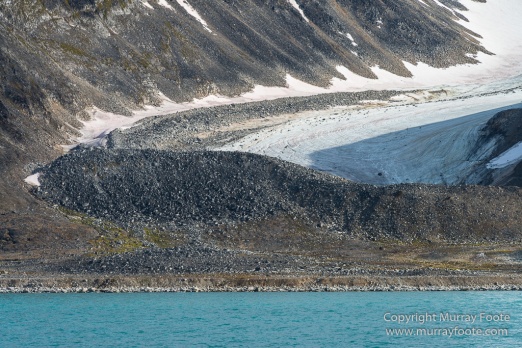 This is a huge moraine wall which shows how far that glacier has receded.

A wider view, with the glacier and moraine wall from the preceding image on the left.

After some time in the bay, we went back for lunch.

After lunch, we went back to a different area.  Carol (the expedition’s archaeologist) was showing some remains from a whaling station that used to be there.  Another group of us was experimenting with neutral density filters and long exposures.  This is an eight-second image from that exercise.  There are lots of logs lying around in the background.

I still had impaired mobility and wasn’t racing round as much as the others.  So Don, the expedition leader, who had decided to reconnoitre another area in a zodiac, invited me along.  This proved a very fortuitous opportunity.  We encountered a herd of harbour seals relaxing on the rocks.  As I was the only photographer in the zodiac, I was able to get much better images than would have been possible in a full zodiac. 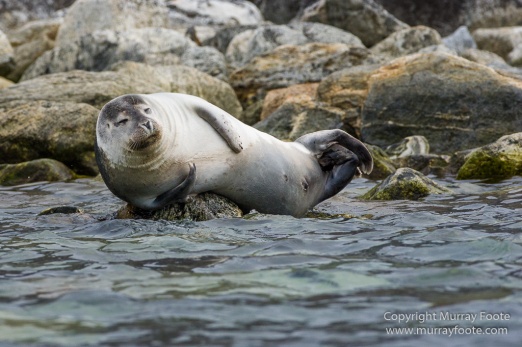 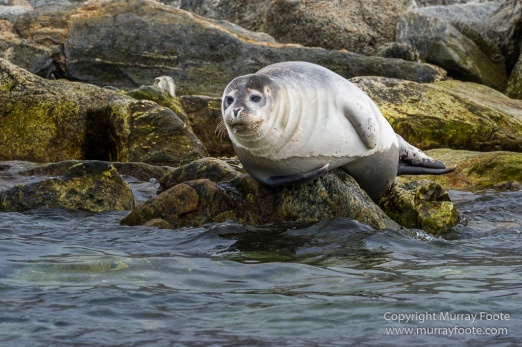