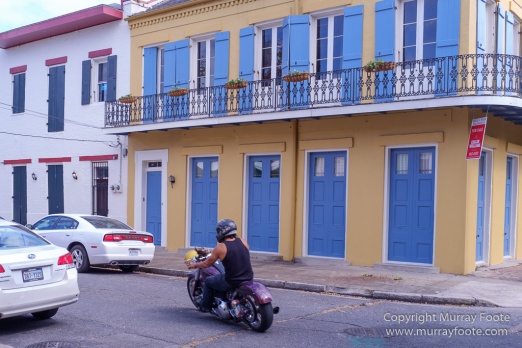 This morning we set off to wander around the Marigny district where we were staying (also known as Faubourg Marigny) to see what we could find in the way of local cafés and restaurants for future reference. 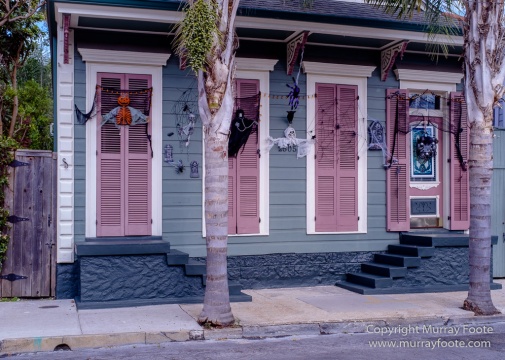 We found a few of those and I was also able to take some photos of some of the charming cottages that abound in the locality. 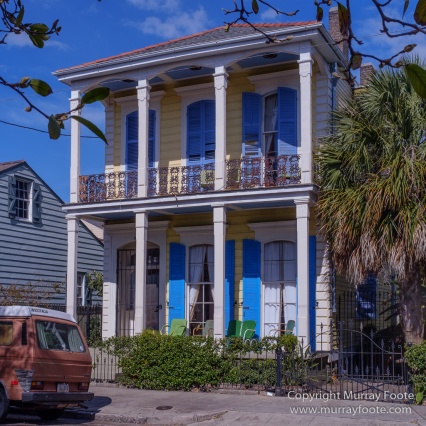 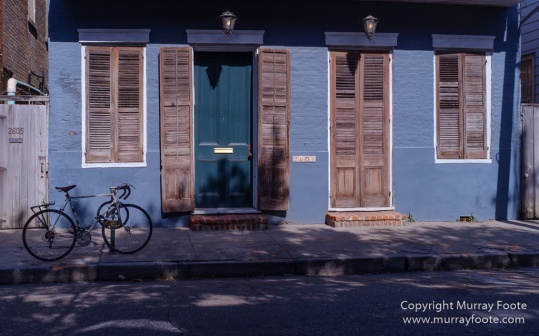 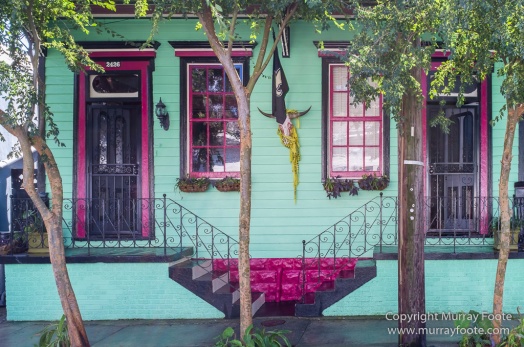 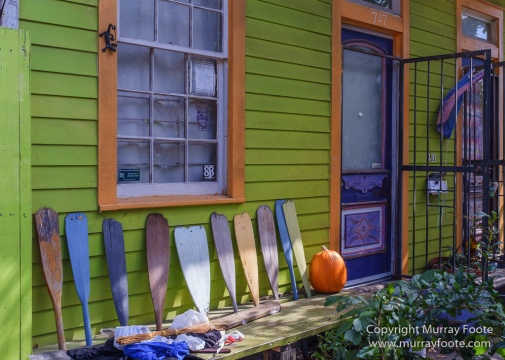 Perhaps the house for a rowing team of very short people. 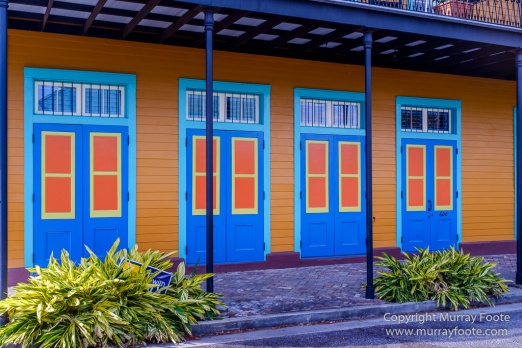 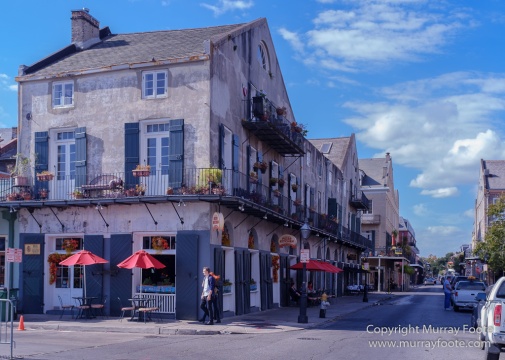 Later in the afternoon we headed off for Audubon on the tram.  This from the tram on St Charles St, somewhere west of Canal St and the French Quarter. 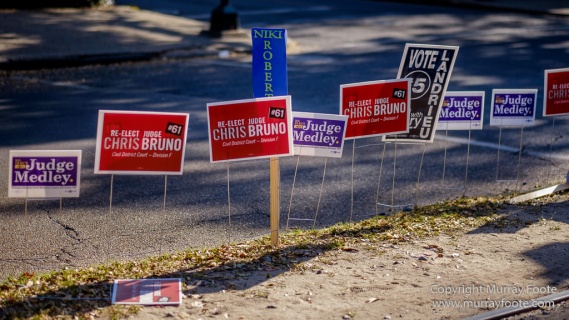 Elections were happening.  It’s one thing for there to be a poster for Mary Landrieu, a progressive Democrat senator who was unfortunately defeated in that election.  It seemed particularly strange to see posters for election for Judges.  Surely this cannot be a good thing.  Judges should be impartially selected by the judicial system on the basis of merit.  Electing them must make them susceptible to populist campaigns for irrationally harsh penalties which cannot be in the public interest.

This is also from the tram.  It looks like some kind of public building but there are no signs to indicate this.  I think it must be a private residence. 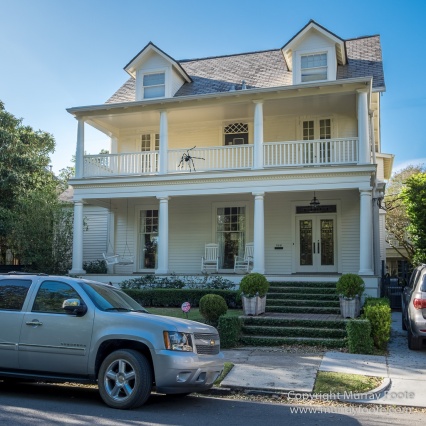 We were here to visit Tina Freeman, a friend who I had met on the ship on my previous trip from Spitzbergen via Greenland to Iceland.  At this stage, I think we have got off the tram and are walking along a side street to her house. 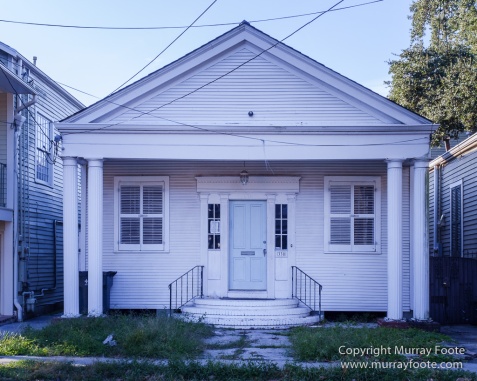 We also attended a launch of her book Artist Spaces, showing the working spaces of a selection of artists and featuring a series of detailed and carefully composed colour photographs. 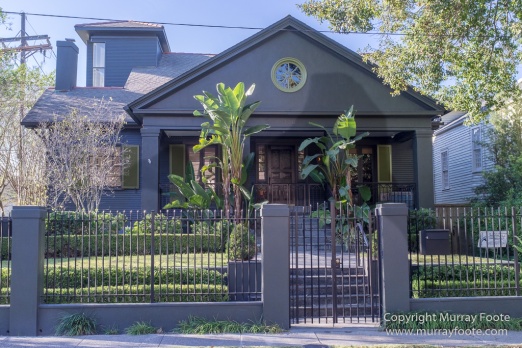 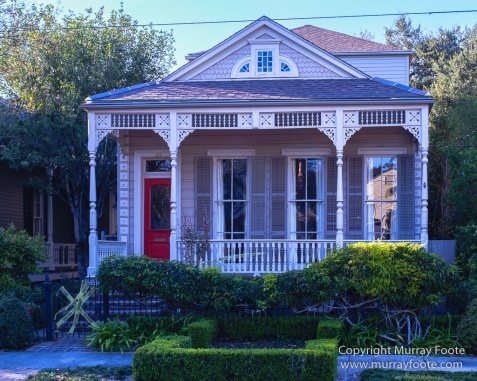 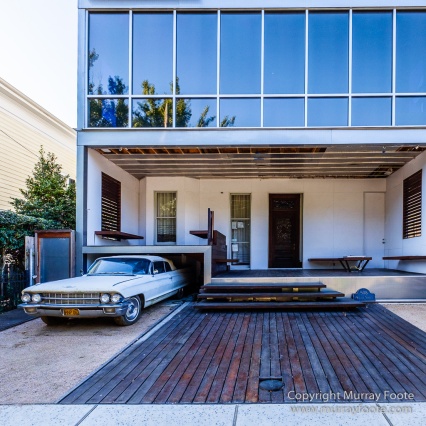 A rather startling architecture and automobile statement. 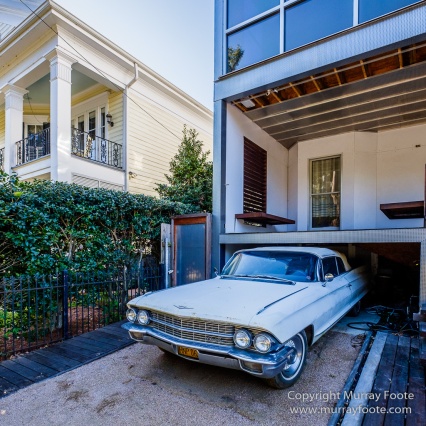 It’s not actually a garage it seems, unless perhaps designed for a Goggomobile.  The car fits but won’t go back into it any further. 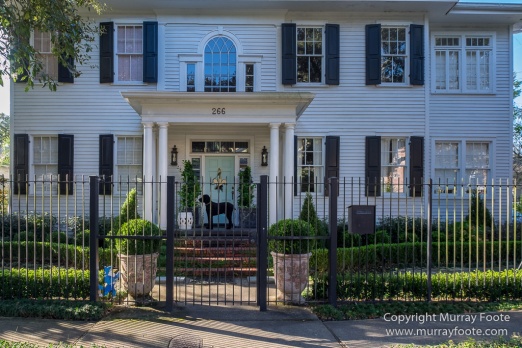 A house with a statuesque large dog in front of the front door.  He didn’t see any need to bark at us.

4 comments on “Marigny to Audubon”