The next day we arose well before sunrise to photograph the emerging dawn at Monolith Valley.

The moment of dawn, or “Morning has broken” as Cat Stevens used to say.

Now looking in the other direction, at cliffs lit up by the early morning sun. 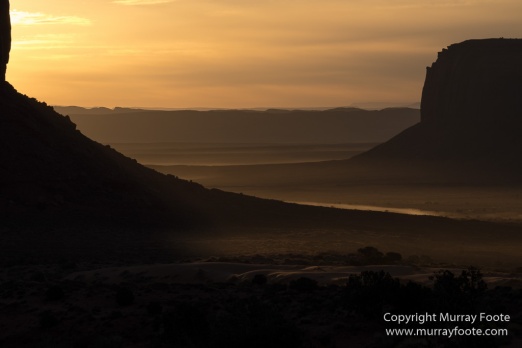 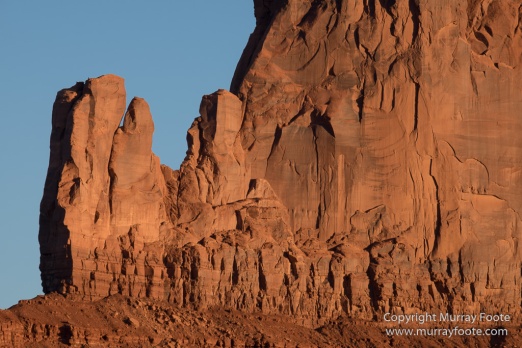 Sill in Monument Valley, this is desert dust, not morning fog.  Local Navajo Indians live out there and the roads are open to outsiders after 8am only.   The main cause of the dust is cars driving on the dirt roads. 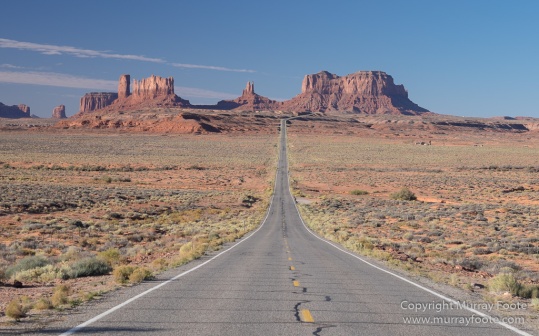 A road with a spectacular view, close to Monument Valley. 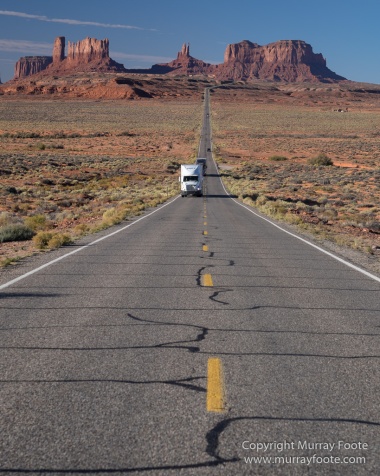 The only place to take this photo is from the middle of the road and you really don’t want to argue too much with those trucks. 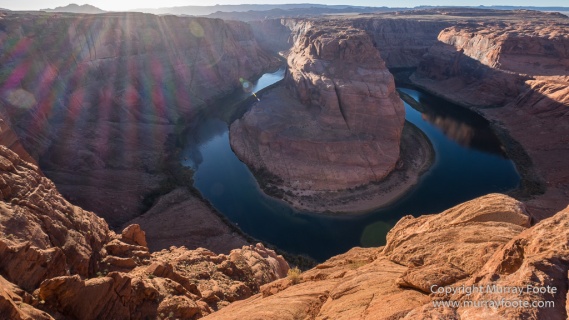 Now we’ve left Monument Valley and we’re close to Page, Arizona, our stop for the night.  This is Horseshoe Bend.  I could have done with better light and not so much into the sun but you make the most of what you have.  There were quite a few people at the lookout and you hang out over the cliff to get the photo with a drop of three hundred metres.  There were several people who seemed to be taking an unnecessarily cavalier attitude and a few people have occasionally fallen over the edge.  However, I opted for a safe approach. I lay back and poked the camera over the edge on the end of my tripod, taking the photo by self timer, one hand on a tripod leg and another attached to a wrist strap.  No remedy if you drop the camera (or yourself for that matter).

As the sun goes down and very close to Page, Arizona, this is Lake Powell, a lake created by a dam in the early 1960s.

We were just stopped at a random place beside the road because the view was compelling and the light was just right. 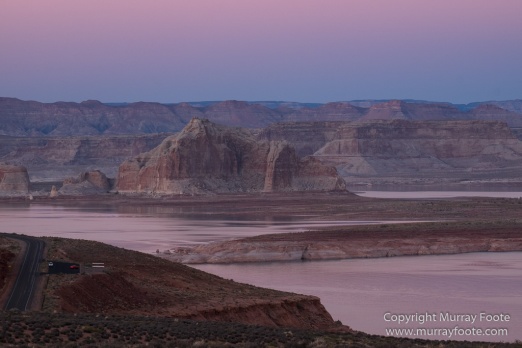