A Canna panorama.  I am walking towards Coroghan Castle.

Coroghan Castle is on the stack (Coroghon Mor) at the left, which rises 70 to 80 feet above the sea shore.  From this angle it is at the top left corner. 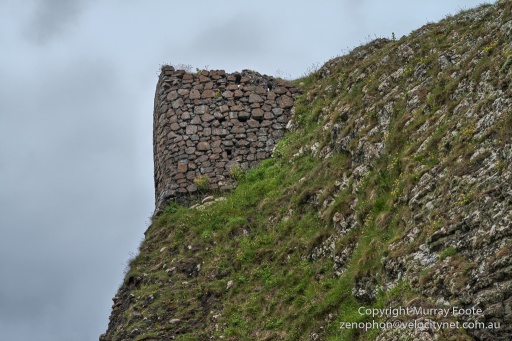 Here it is, perched precariously on a steep slope. 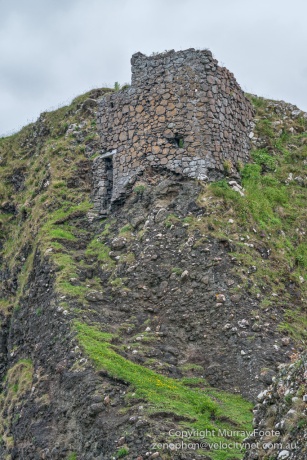 It is called a castle but it is really a small stronghold, utilising the rock face for some of the internal walls.  The walls look dangerously undermined by erosion.  It was described by Pennant in 1772 as “… a lofty slender rock, that juts into the sea: on one side is a little tower, at a vast height above us, accessible by a narrow and horrible path: it seems so small as scarce to be able to contain half a dozen people”. 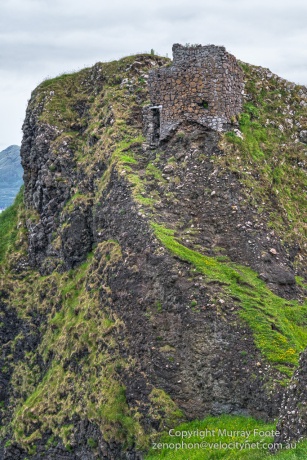 There was a notice warning not to go up to it but of course, I did.  I had to be vary careful because the path was very loose below the castle and it was not a suitable place to slip.  I got as far as the door but did not venture further.  It was altogether too precarious, especially with my camera gear.

The castle dates from the seventeenth century.  It is said to have been used by Black Donald of the Cuckoo (now there’s a name for you!), 13th Chief of Clanranald, to imprison his second wife Marion MacLeod as a consequence of a love triangle.  Black Donald died in 1685 and the Cuckoo was his favoured gun. 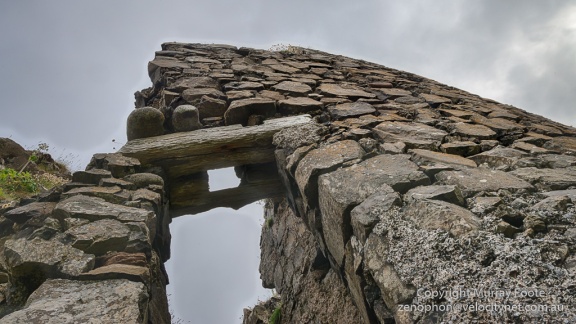 So here I am below the doorway, looking up. 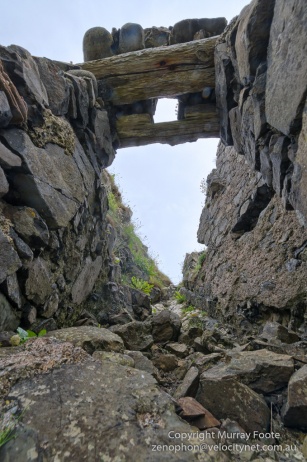 There were two floors originally, but nothing is left of the internal structure. 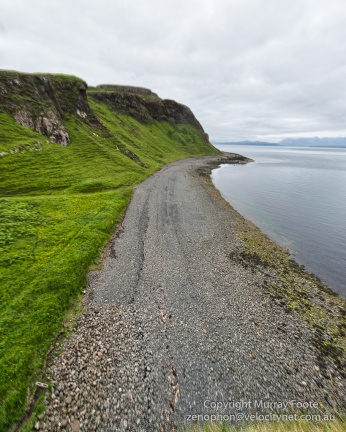 A view of the shore, looking away from the castle. 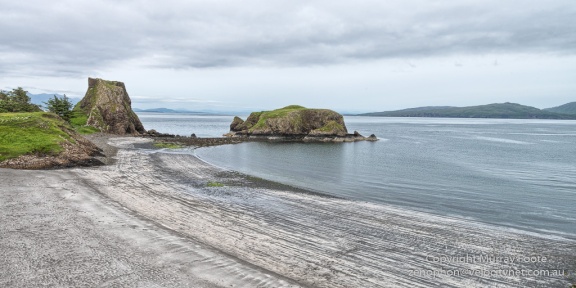 A last view, looking back…. 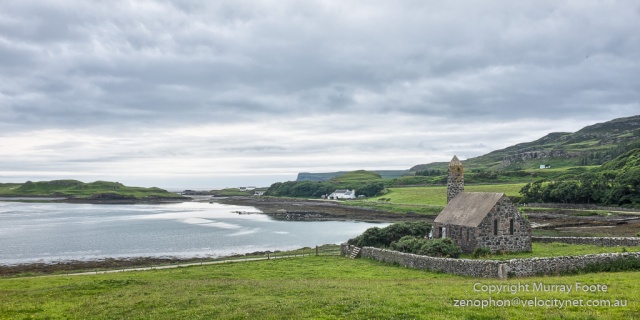 Another view of Canna with Sanday over in the distance, to the left.  This small church, known as the Rocket Church, was built by Allan Thom in memorial to his father Robert Thom between 1912 and 1914.  Since it is a Protestant church and the islanders are Catholic, it is little used.

A badly corroded Viking pin was found at the site of the church in 1928.