This is Las Vegas from the air, including “the Strip” in the middle right, as we fly in on the first night.

On the second night, with most of the party doing other things, I went for a walk in “the Strip” with Glenn, the resident photographer for the tour.

Water in fountains at the side of the street caught my eye…. 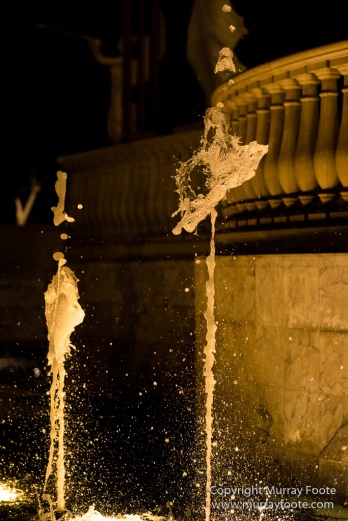 …and the water can make interesting patterns as it pauses in the air. 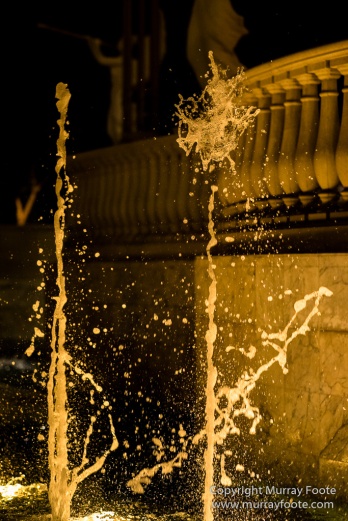 A little later, we walked around inside Bellagio’s Hotel.

This is not just a place to stay, it’s an elaborate universe of its own with spectacular displays, restaurants, shops, bars, an art gallery, a circus, meeting facilities, wedding facilities and of course a casino.

Note that the leaves move around.  Their position has changed from the previous photo.

This is a section of  Fioro di Como, the largest glass sculpture ever made, by Dale Chihuly.  It is a “chandelier” on the ceiling of the reception area of the Bellagio Hotel.  It comprises about 200 hand-blown pieces of glass, supported by nearly a tonne of steel, covering around 2,000 square feet of the ceiling.  I took one hundred people two years to complete.

There were also various “semi-plastic extravaganzas”, such as this simulated water wheel. 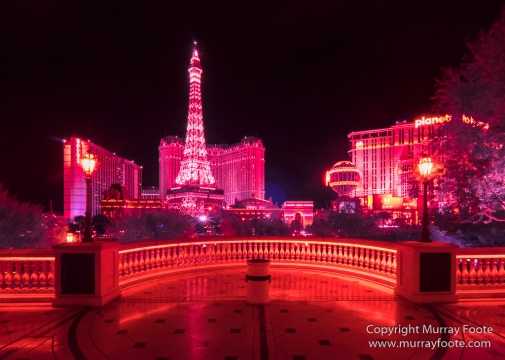 Out the front of the hotel, I took a photograph of this view as an experiment in infrared photography at night.

… And then the water display started….

…. a magnificent spurting of fountains that recurred (if I recall correctly) every fifteen minutes. 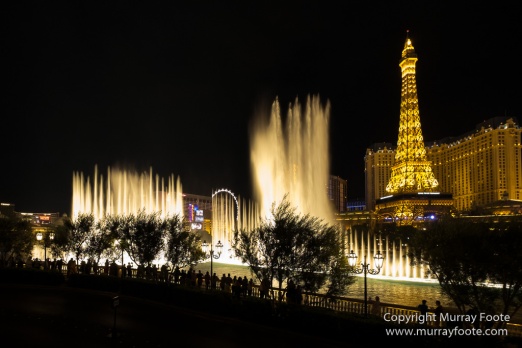 This is perhaps less surprising in a seaside city with a plentiful water supply.

… or it would be if Las Vegas were such a city, whereas in fact it is in the middle of a desert and has a severe problem with its water supply.

Las Vegas gets 90% of its water from Lake Mead (behind the Hoover Dam) which due to a 14-year drought is at 48% of capacity.  This may be a permanent change and a US Government study showed that the water supply through the Colorado river could reduce annually by 7%.  If the situation continues, Lake Mead may become unusable as a water supply by 2035.

And yet there is still no sense of crisis.  Las Vegas has one of the highest percapita water consumptions of a US city and one of the lowest water charges.  The Bellagio fountains are emblematic of this waste yet not the main problem.  They are only 3% of consumption and the Strip 6%, whereas lawns are 70%.   Another factor is mega-resort Lake Las Vegas, covering 320 acres including man-made rivers and waterfalls.  They’re living on borrowed time…. 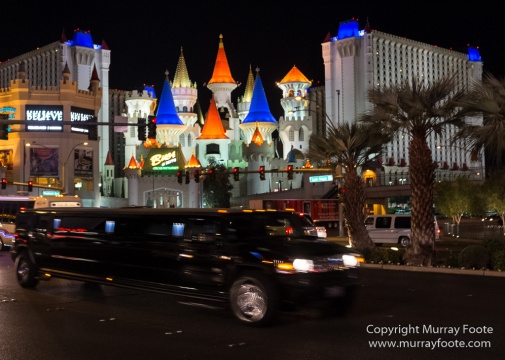 Otherwise, as we see above, in the end it’s just a normal night in a random American city.

12 comments on “Las Vegas by Night”