Just outside Stromness I saw a signpost to this cairn, a short distance off the road, that I was not previously aware of.  I had a plane to catch but I still had time to investigate…. 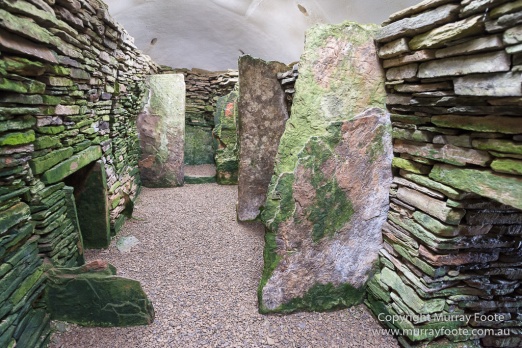 Outside, the tomb is an oval grass mound.  After crawling in through a tunnel entrance (lower right corner of the image) and looking to the right, we see this view.  The tomb probably dates to between 2800BC and 3200BC.  It was excavated in 1884 and 1934 and the concrete roof and skylight was added in 1934. 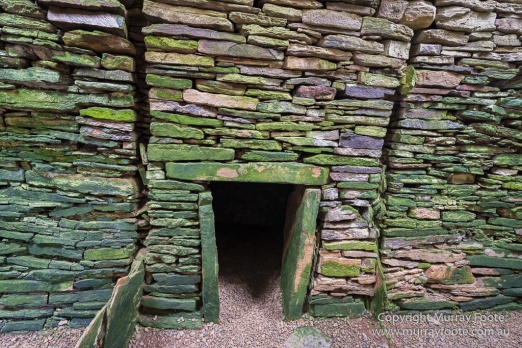 This is the entrance to a small side cell.  Two crouched skeletons were found in this cell during the 1884 excavations.  These probably date to a later period because it was not the usual method of neolithic burial in such cairns.

First the bodies were left out in the open until there were only bones left.  Then the bones were deposited in the cairn but not by keeping the skeleton together.  They could be randomly arrayed or in some cases similar bones stacked together.  There were many such bones inside this cairn.

At the left corner of the lintel above the side entrance is a carving of a diving bird and what may be some runes.  I can also see the body and head of a larger bird behind the diving bird. It may just be my imagination though.  It is not known whether these are of great antiquity or relatively recent origin. 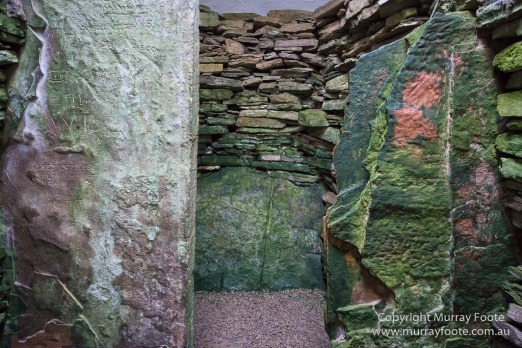 This is at the right-hand end of the tomb from the entrance way.  There was originally a shelf at each end (presumably to hold bones) but the stones for this are no longer in evidence. 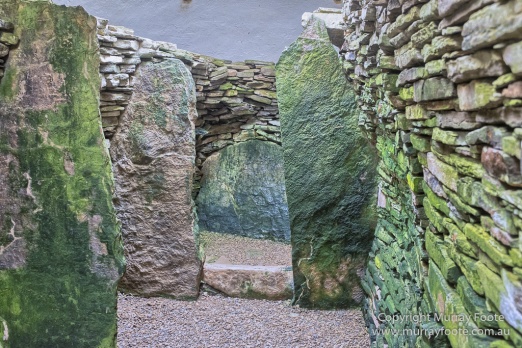 Turning around, this is looking to the other end of the tomb.  There were many pots found in this tomb in 1884, finely made neolithic bowls some of which had grooved patterning below the rim.  The cairn gave its name to this pottery which is known as Unstan ware.  There is another type, grooved ware, which some suggest evolved from Unstan ware but they are mainly found on different islands in the Orkneys so it may be there were two groups of people living here. 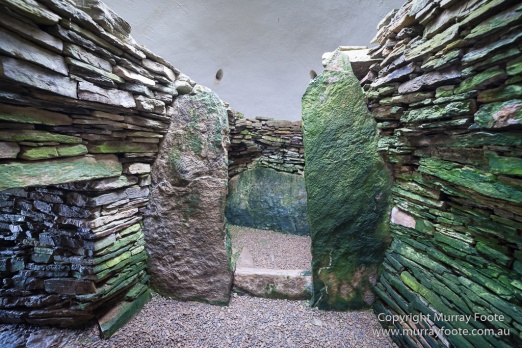 The other end of the cairn, with the entrance passageway again on the left. 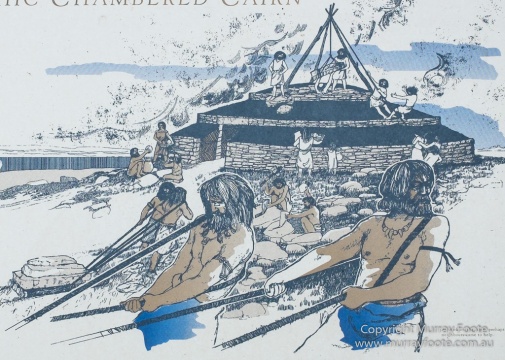 From the information board at the site, this is how the cairn may have looked when it was under construction.

The Other British Isles by David W Moore