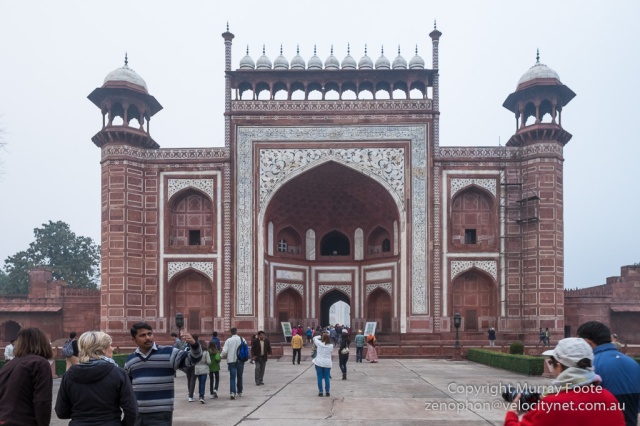 The front gate.  You can see a bit of the Taj behind it.

We arrived at 7am to photograph the Taj Mahal, which is when the gates open.  You can’t actually photograph it at sunrise or sunset or at nighttime from a regular location. 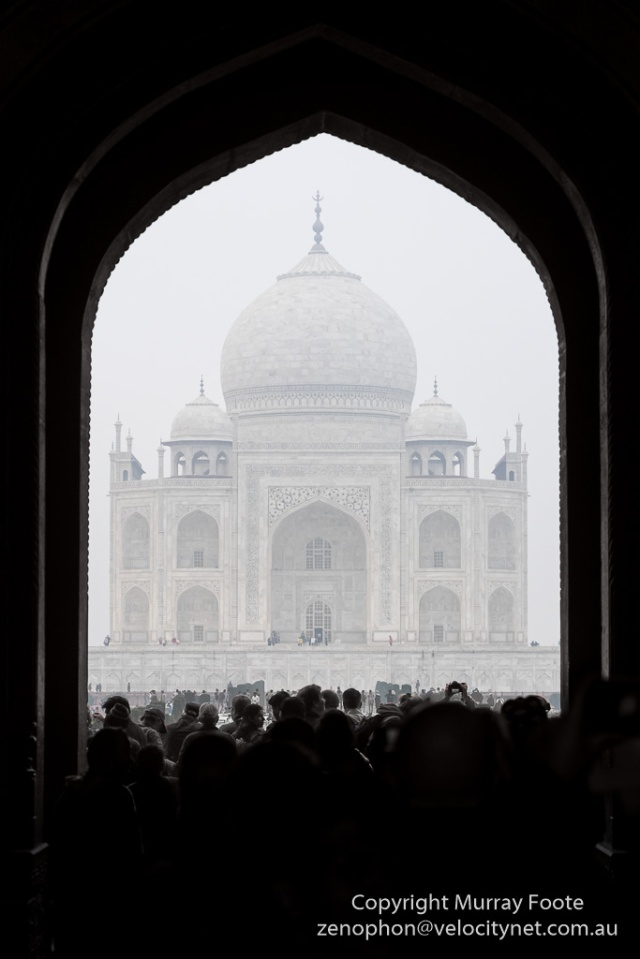 Through the front Gate.

Shah Jahan ruled 1627 to 1658.  He was a contemporary therefore of Charles I of England and you’d have to say a rather more successful monarch although they both ended up being displaced from their thrones.  His favourite wife was Mumtaz Mahal, his cousin, who he married when he was 20 and she was 19.  They shared all the vicissitudes of life including his campaigns and the four years he was battling or on the run from his father Jahangir.

Mumtaz Mahal died in 1631 while giving birth to their fourteenth child.  Shah Jahan was grief-stricken and retired for a year and when he re-appeared, he devoted all his energies to a mausoleum for her.  This is the Taj Mahal, built between 1632 and around 1653.

Mumtaz Mahal insisted that children of other wives should be aborted to ensure the succession of their children but that did not prevent succession disputes.  After she died, Shah Jahan threw himself into licentious activities with a great number of women.  In 1658, he fell ill as a consequence of taking a seventeenth century equivalent of Viagra.  For a while it looked as though he would not survive.  Dara Shikoh, his nominated heir, assumed Regency and provoked a four-way civil war with his three brothers.  This continued even after Shah Jahan recovered. 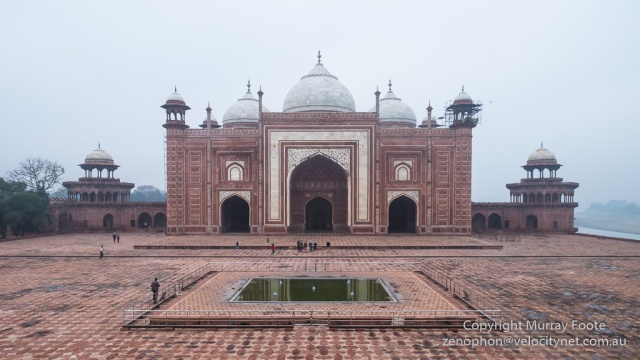 One of the two mosques, part of the overall enclosure.

Aurangzeb, the experienced war leader, defeated and killed the other three.  Shah Jahan survived, no longer Emperor, in house arrest in Agra Fort, where he could see the Taj Mahal.  Originally, he had wanted to build a black duplicate of the Taj Mahal as his mausoleum on the other side of the river, connected by a bridge, but this was not to be.  When Shah Jahan died, Aurangzeb buried him in the Taj Mahal alongside Mumtaz Mahal.  His cenotaph is on the ground floor beside hers.  They are buried in a private chamber below that. 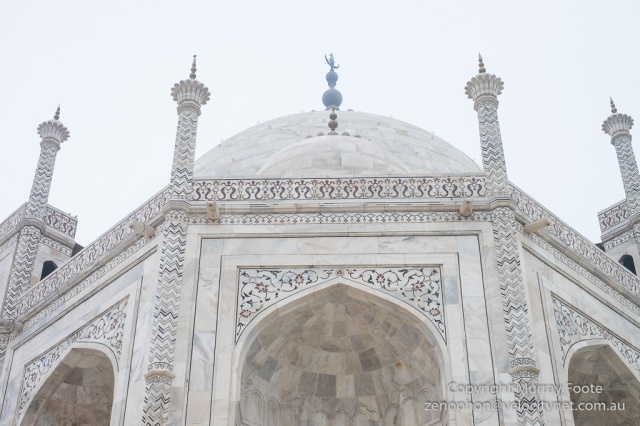 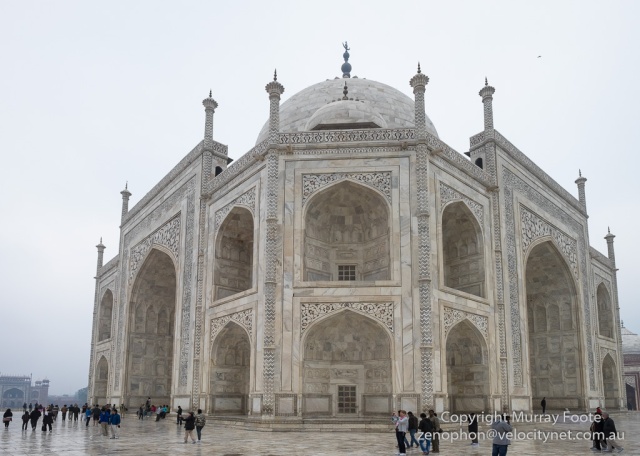 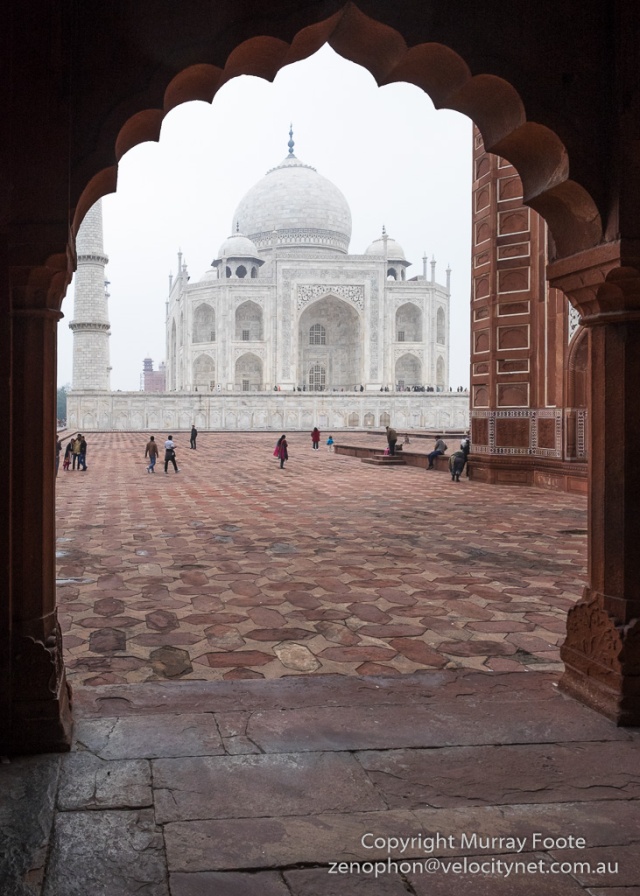 This image and the next five are from or at one of the two mosques. 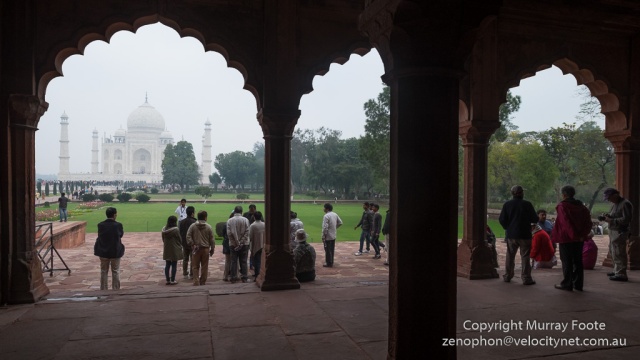 Near the main gate.

Near the main gate.