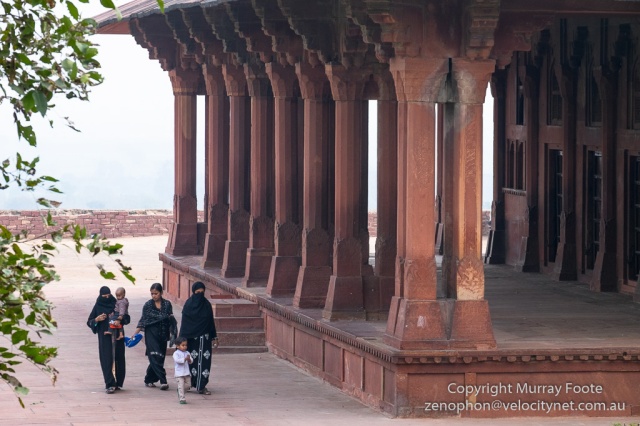 Next we visited Fatahpur Sikri, about forty kilometres from Agra.  Akhbar built it as his new capital city and it functioned as such from 1571 to 1585. After this brief period it was abandoned.  Akhbar first shifted the capital to Lahore, while he was campaigning in the North and when he came back, Agra became the capital again.

Fatepur Sikri was partly built partly to honour the Sufi saint Salim Chisti, who had correctly foretold that Akhbar would have three sons.  It was never reoccupied not so much because of inadequacies of water supply, as is often suggested, but because it was more isolated and less secure than Agra when his sons had started to go in rebellion against him.

It generally has a basic Persian style, overlaid by Indian flourishes.  As such it symbolised Akhbar’s tolerance to different religions and cultures and was also the setting for extensive discourses between the proponents of different faiths. 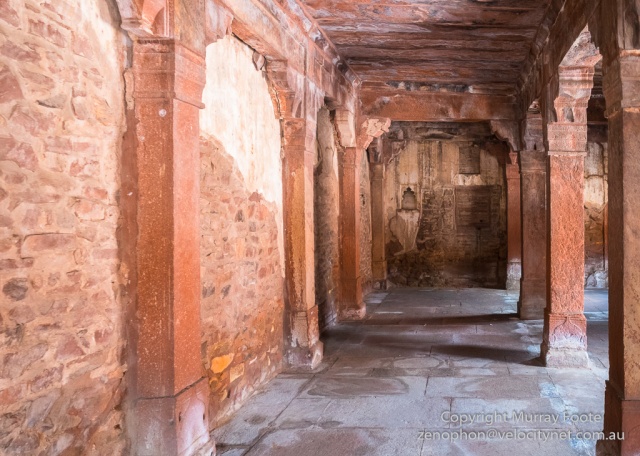 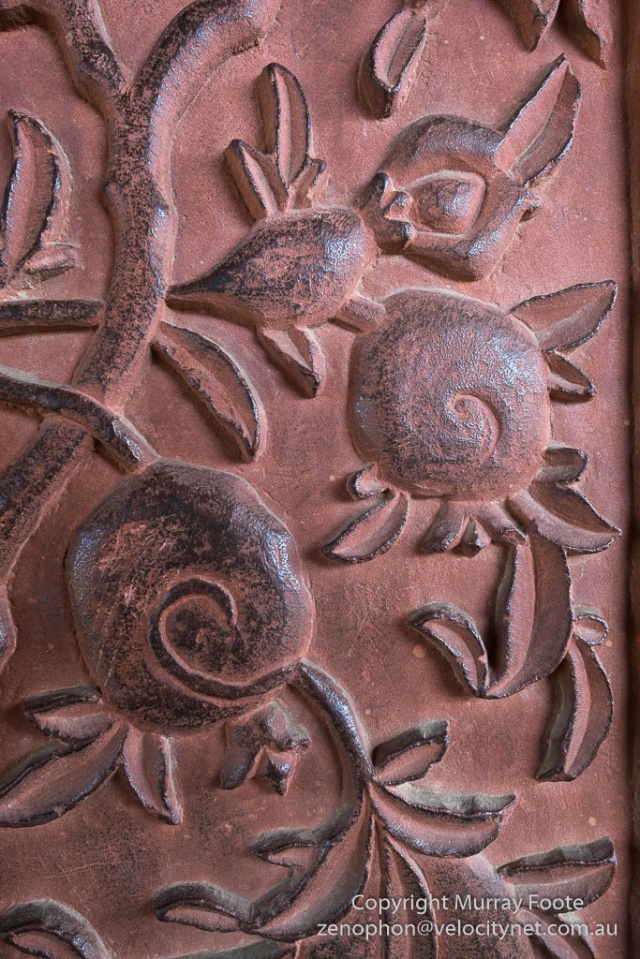 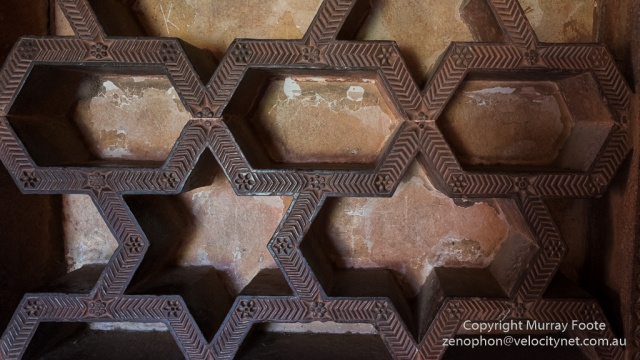 This young lad is well presented with his trousers even pressed.  He asked me to take his photo so I did.  He then asked me for money.  I told him that if I ask him whether I can take a photo he can ask me for money and I may pay but if he asks me, then I’m doing him a favour and there’s no reason why I should pay. 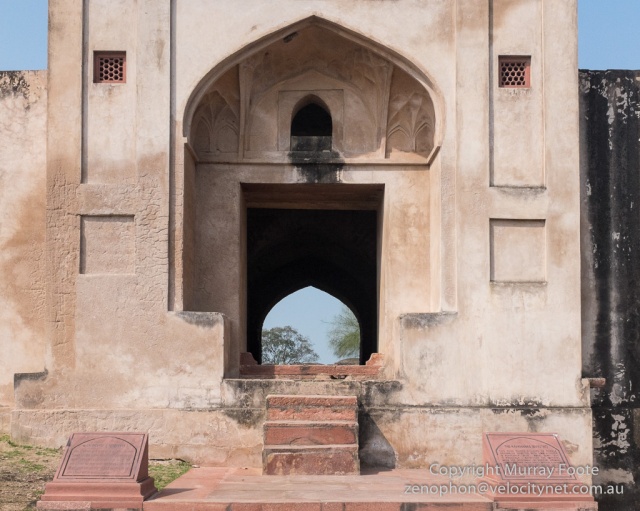 Entrance of the Taksal or Mint.  Only rubble lies beyond this.