Southern elephant seals can dive for more than twenty minutes and have been recorded more than 2,000 metres down.

I found a remote sheltered stony cove populated by elephant seals.  From my vantage point maybe ten feet above them, I was able to observe their interactions much more successfully than had I been at the same level. 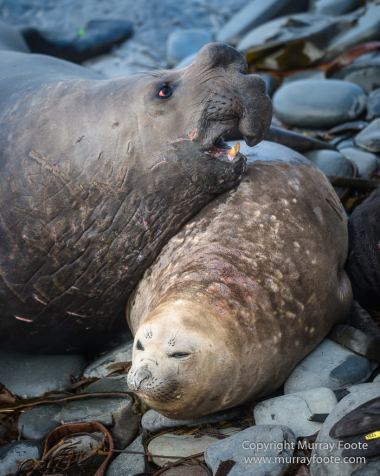 Here he is, fresh from an elephant seal beauty contest in Mar-a-Lago, Florida.

Whether his overtures are appreciated is not perhaps the point as far as he is concerned.

The pup looks on seemingly with curiosity and concern. 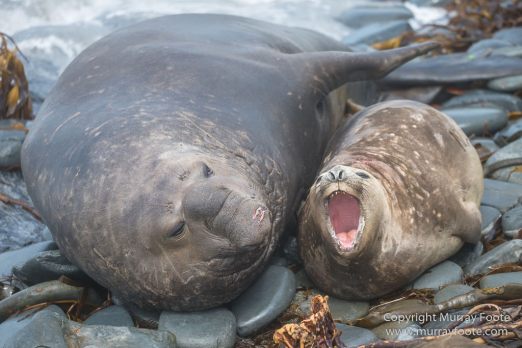 As one can see here, the beachmaster and a female are very different in size.  Adult male southern elephant seals weigh up to five tonnes and are up to seven metres long.

Hmm.  I had assumed those wounds on his nose were scars of combat.  Maybe there’s another explanation.

I will resist the temptation to add an anthropomorphic label on this occasion. 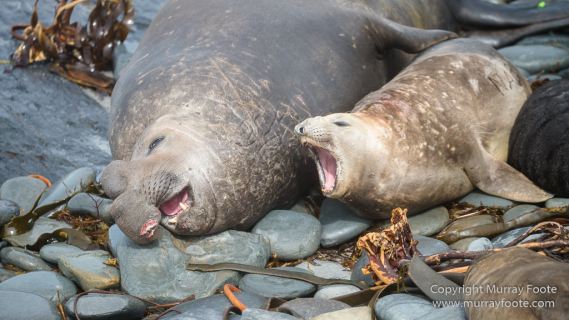 … but maybe not this one:  “Always look on the bright side of life”…

One may indeed contend whether “romance” and elephant seals should be mentioned in the same sentence.

Beachmasters control a harem of up to several dozen females but need to be constantly on the lookout for interlopers trying to muscle in.

Being big is an advantage.

These contests are serious and they can carry many scars. 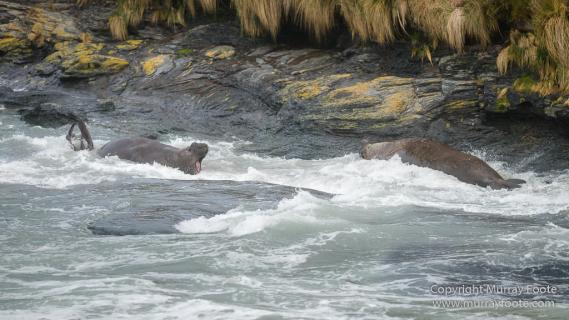 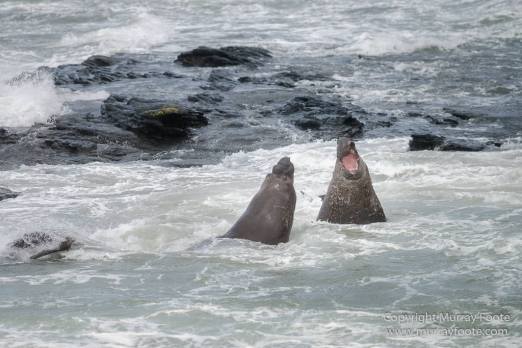 And the contest continues in the sea.

But eventually he gives up and leaves the harem to the beachmaster.