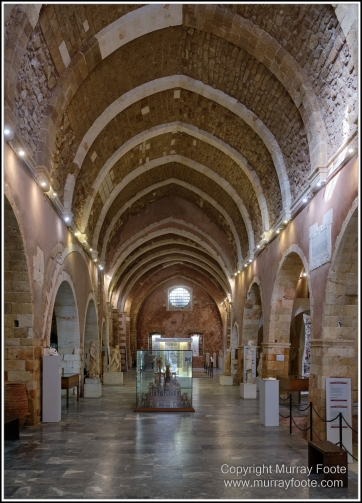 We are in the Archaeological museum of Chania, located inside the former Venetian Monastery of St Francis and housing Minoan and Roman artefacts.  It is not clear when the building was constructed but it was recorded as surviving the earthquake of 1595.  It became a mosque during the Ottoman occupation, then for a while a storehouse for military equipment and a museum in 1962.  In 2000 it closed and in 2022 a new and larger modern museum opened outside the city centre. 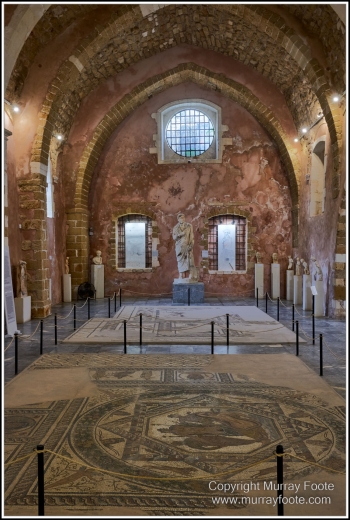 At the end of the main hall we see mosaics and statues. 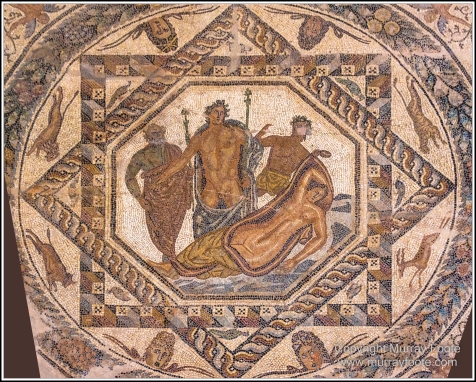 This is the first large mosaic on the floor in the previous image.  Obviously, I couldn’t take it from above and I didn’t quite allow enough to get the whole mosaic circle in after correcting for perspective.

Dionysus is the Roman god of wine and festivity.  Ariadne is a mythological Minoan princess who helped Theseus escape from the labyrinth, was later abandoned by him and subsequently married Dionysus.

Dionysus is depicted between two satyrs, his companions in hedonism, one of whom is Selinus.  It demonstrates the moment he found Ariadne sleeping on the foreshore of the Island of Naxos, after she was abandoned by Theseus.

The mosaic was found near the market square of Chania in 1977.  It is from the second half of the 3rd century AD. 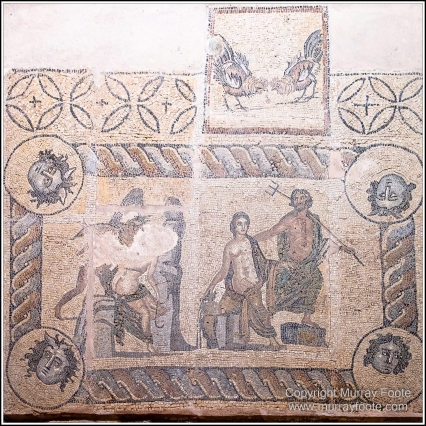 The mosaic further on in the main hall.

It shows Poseidon rescuing Amymone after she was attacked by a satyr.  From mid third century and found in 1937.  It was in the central dining room of an ancient private house. 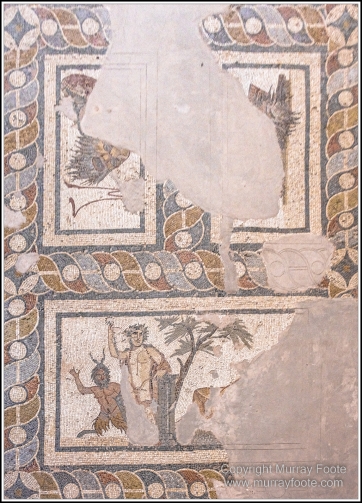 Another mosaic in a side chamber.

It is described as showing Dionysus on a panther followed by a satyr.  I can see the satyr but not the panther.  From 3rd century AD and found in 1977. 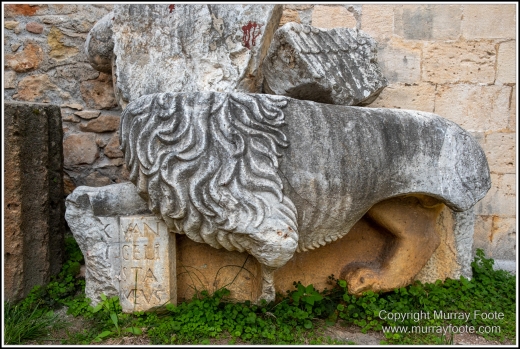 Out the back, this must be a Venetian lion dismembered by the Ottomans or maybe by an earthquake. 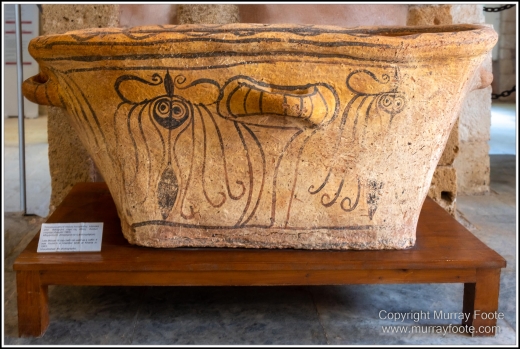 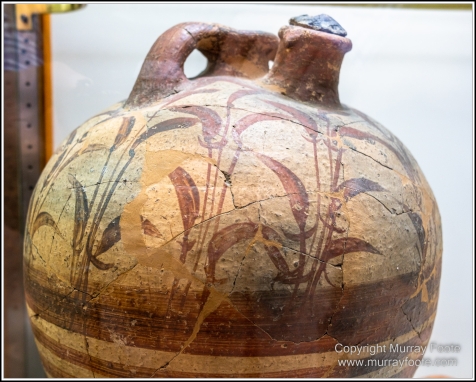 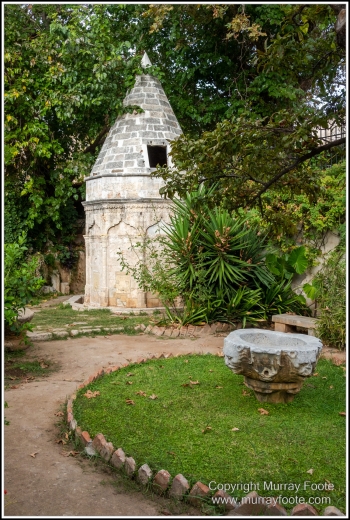 In the back garden again. 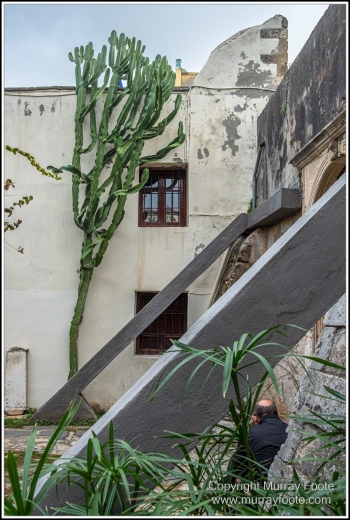 A remarkable succulent growing up a wall. 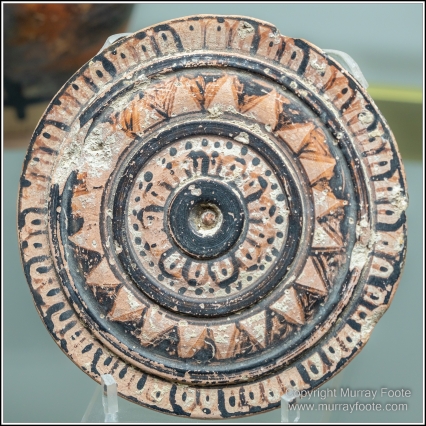 I don’t have a description for this but I presume it is Minoan. 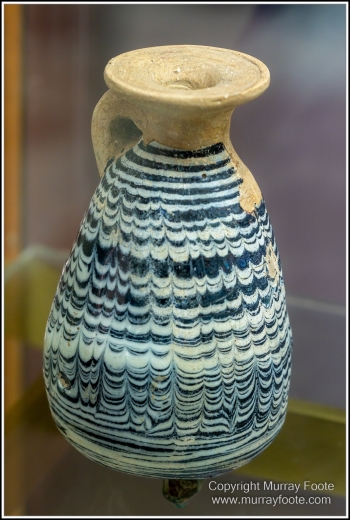 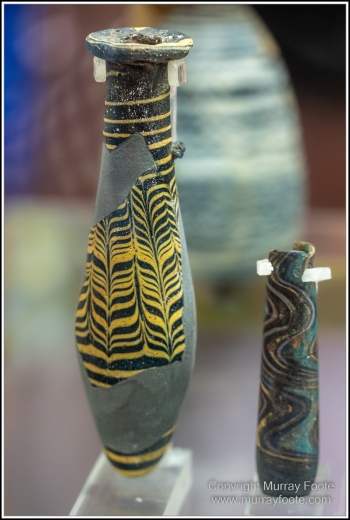 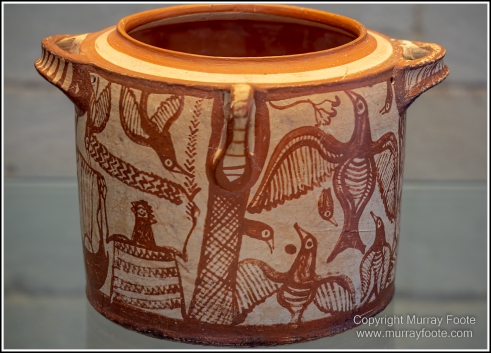 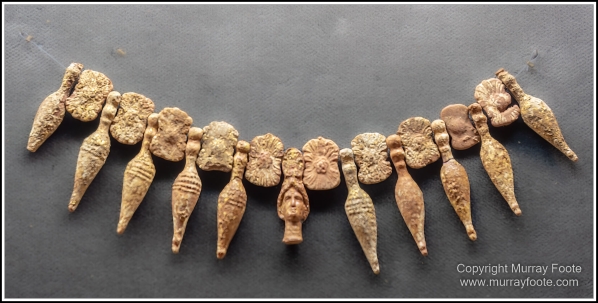 Jewellery of the Hellenistic period (end of 4th to 3rd century BC).

Found in the cemetery of ancient Kydonia (modern Chania), for a dead woman to wear in the afterlife. 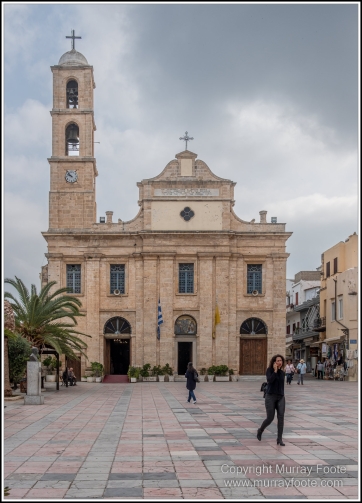 The Presentation of the Virgin Mary Holy Metropolitan Church.

There was a small church here from the 11th century.  Later, the Venetians demolished it for a warehouse.  Under the Ottomans it became a soap factory until 1850 when it was donated to the Christians.  In the late nineteenth century it became the Greek Orthodox Cathedral of Chania, which was then the capital of Crete. 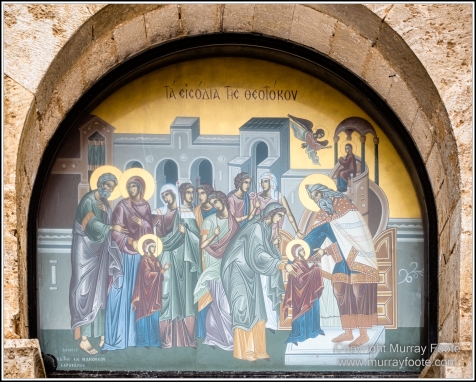 This is above the central door you see in the previous image. 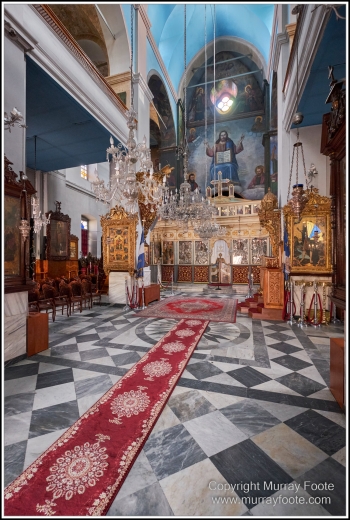 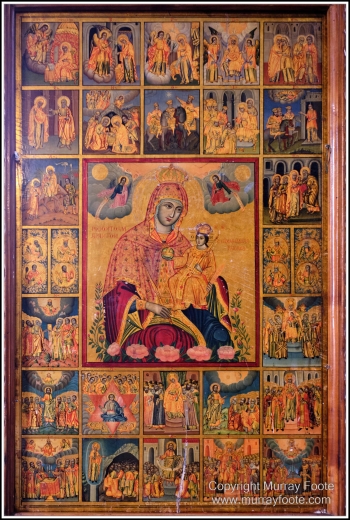 A panel inside the Cathedral. 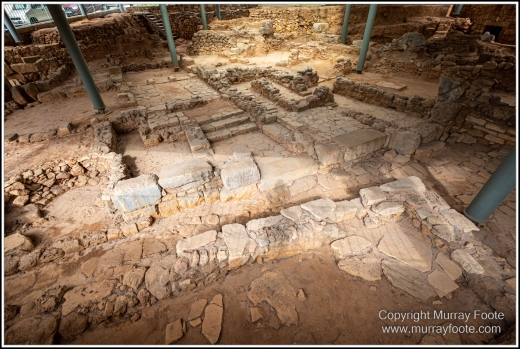 Archaeological excavation of Ancient Kydonia.  Settlement occurred from late Neolithic around 3000BC through Minoan, Greek and Roman to 365AD when Kydonia was levelled by an earthquake.  What we see here is for the late Minoan period around 1450BC.

6 comments on “Archaeological Museum of Chania”