My last local post in January 2020 was Australia Burning, which included images taken in Canberra on one of two days when bushfire smoke meant Canberra had the worst air quality of any city in the world.  Then COVID struck.

There was lockdown in Canberra for a month or two but there have been no local cases since last April, just a handful of incoming people in quarantine hotels.  There are currently no locally-sourced cases in Australia, just a few incoming travellers.  Though many criticisms can be made, State and Federal Governments did fairly well, supporting many people (though with glaring holes) and following medical advice.  State Governments have been prepared to engage lockdowns where necessary and from time to time closing off State borders and isolating localities.  People arriving from overseas have to stay for a fortnight in a quarantine hotel.

Unfortunately, while the Federal Government has been prepared to follow medical advice, it shows no signs of being willing to follow scientific advice on climate change.  Huge areas burned in January and a significant majority of the population want effective action on climate change. If nothing continues to be done, temperatures will continue to rise, fires will become larger and more prevalent, the ecology and wildlife of the country will be devastated and the capacity for agricultural production will greatly decline.

In the meantime though, I have made no overseas trips since 2019 due to COVID and have been keeping fairly quiet. 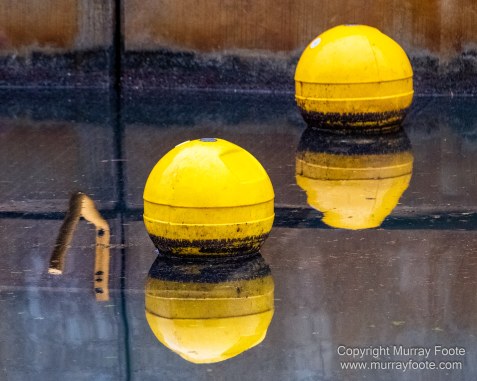 Buoys in a small canal at Kingston Foreshore.

In March I joined a Fuji event that allowed you to use various new cameras and lenses. I tried some of these but this image and the next were taken with my X-T2 and 100-400mm lens.

Reflections in the same canal.

Roots of a bonsai tree at the National Arboretum.

In June I visited the Bonsai Garden at the Arboretum and took this photo with my Fuji 80mm macro lens.  It is focus-stacked, which means I have taken many images at different points of focus and later combined them with software.

Succulent in the front garden.

In August I had purchased a Fuji 8-16mm zoom and took some test shots in the front garden, this one and the next one.  The succulents are quite small so it’s almost macro because the lens can focus quite close.  These are also focus-stacked but because I was using a very wide angle lens, that required only a few exposures.

Small flowers in the front garden. 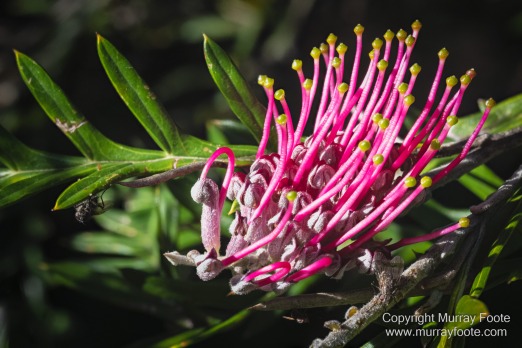 I also visited the Australian National Botanic Gardens from time to time, this image and the next four.  The first three were taken in September and the last two in October. 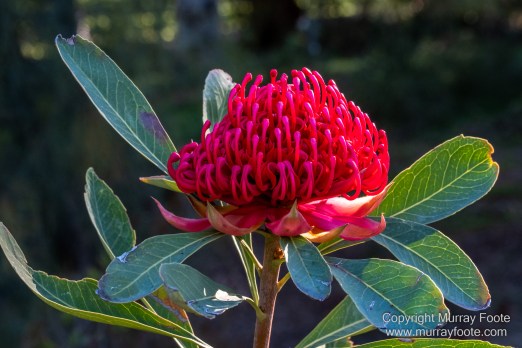 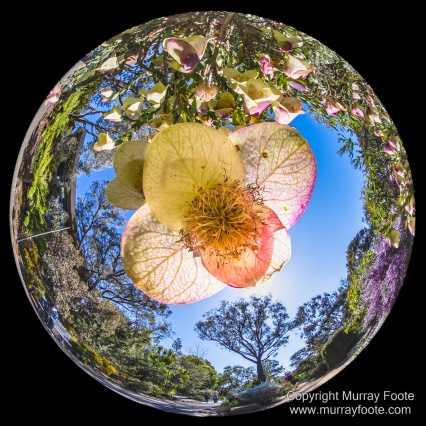 I took this with a circular fisheye lens and it is also focus-stacked, with just two exposures.  The depth of field is amazing, but not quite enough to go from the stamens of the flower (0.1 metres) to infinity in one exposure.

Another focus-stacked exposure with the Fuji 80mm macro lens.  This one took 70 exposures and I had to wait for it to be still and retake it several times when a breeze came up during the exposure. 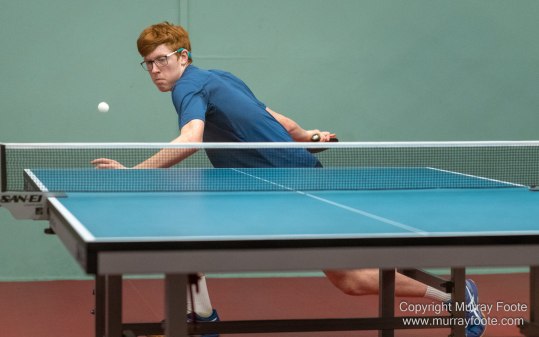 Archie Webb in the Top 12 Challenge.

I have also gone back to table tennis, both socially and competition and this is an image I took in October at the Top 12 Challenge, with the top 12 Canberra players competing for prizes.  Archie is the leading competition player but he did not win this challenge.  Here he is gearing up for a forehand loop.

I also took photographs at the ACT Open in November.  Table Tennis is remarkable in that players of very different ages can compete equally.  The far player is Faisal Pirwani and he is returning the ball with his backhand,  He is one of Canberra’s leading players; I do not know the name of the youngster but from his shirt he probably comes from Melbourne.  Some young players can be very good.  We had a couple of players as old as 93 in the Social Seniors Group prior to COVID though they have not returned since.

In early January we went for a trip “down the coast” (which means to the south coast of New South Wales, near Canberra).  This image and the next two were taken on that trip.

At Glasshouse Rocks looking through to Montague Island Lighthouse.

Kangaroos at an Ainslie pond.

I live backing on to a reserve and a week or so later, we had a long walk to a couple of ponds in that reserve.

Since I am mentioning equipment in this post, the Malua Bay rock pool was taken with the Fuji 80mm macro and the last four with the Fuji 100-400mm.