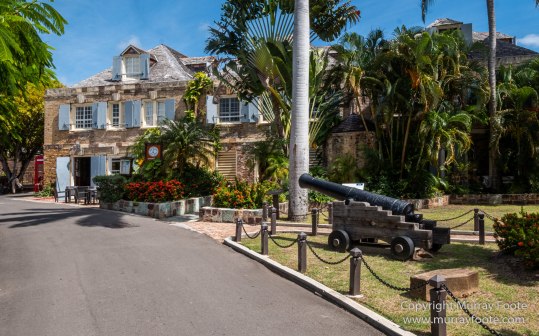 In the afternoon, we walk past Nelson’s Dockyard to visit Fort Berkeley. 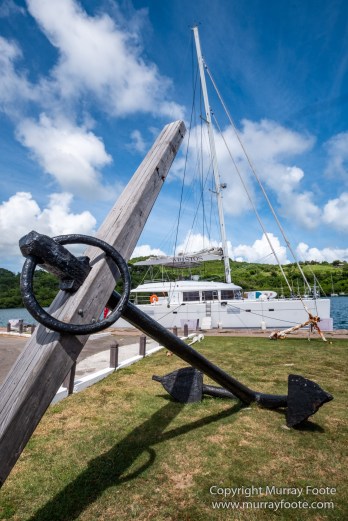 Looking back across the harbour at the marina.

Fort Berkeley, but from a distance.

This is the same view with a wide angle lens. 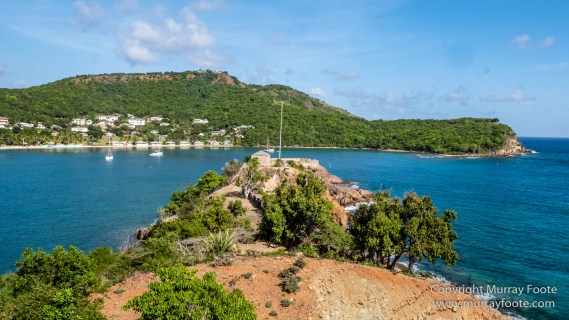 The fort is quite small but this is evidently all that was needed with such a narrow mouth to the harbour. 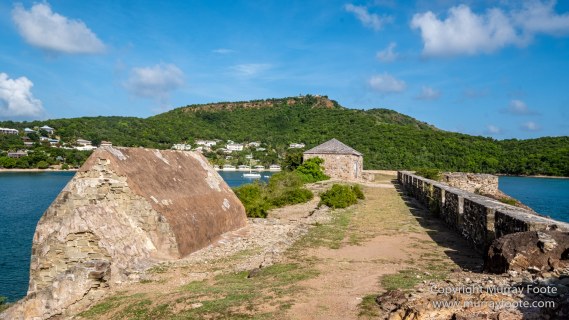 In the distance in the middle horizon is Shirley Heights, with another former military emplacement that we shall visit soon. 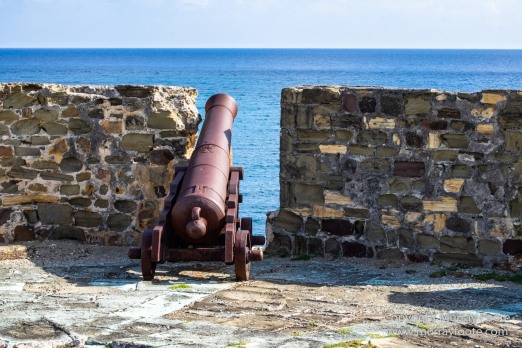 The last cannon left of twenty-nine.

The British were in Antigua from 1632 and English Harbour from 1704.  This was the best harbour in the islands of the eastern Caribbean.  Enclosed by hills, it was protected against hurricanes so the British were able to shelter here whereas the French had to send their ships back during the hurricane season.  All the other islands changed hands several times but the French never captured Antigua.

Looking across to Galleon Beach.

Either a storehouse or a guard house.

The sheltered stone steps leading up to the building on the right suggest that it was a store house supplied by sea, perhaps primarily for ammunition. 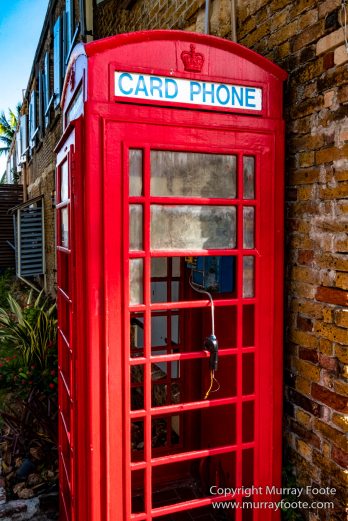 We are now on the heights at the other side of the harbour, at Dow’s Hill, where there is the remains of a large barracks. 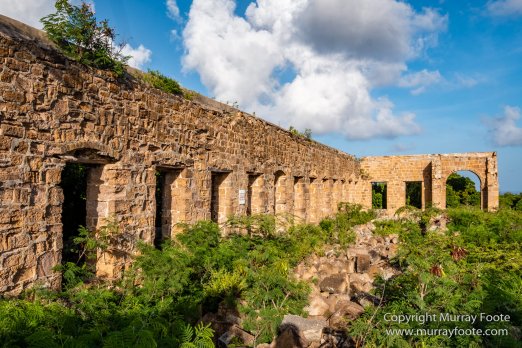 A view of the spectacular coastline nearby. 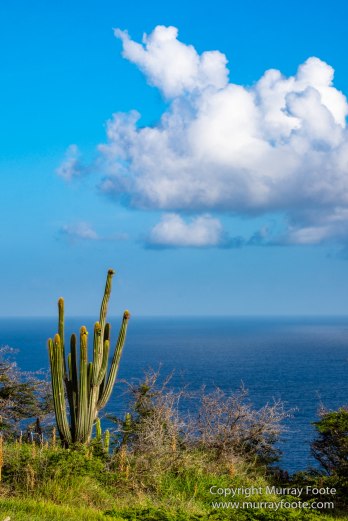 Cacti and the sea.

Looking towards Shirley Heights, where we head next. 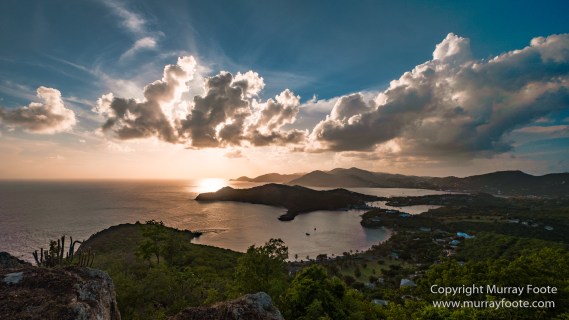 The Royal Military Guard House at Shirley Heights (named after Sir Thomas Shirley, Governor of the Leeward Islands in the late eighteenth century).  There were four cannon on a platform beside the building and a signal post above it.

There is a restaurant that can open here and a brass band that plays on Sundays.  But we weren’t told about that when we arrived the previous night so either it had finished or more probably it wasn’t happening because we were there in the off season. 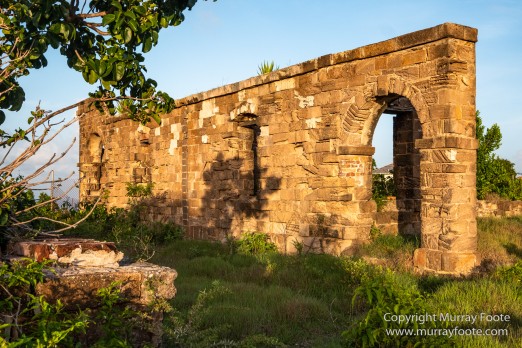 Close by the Guard Station is the remains of another barracks.

Back now at our accommodation in English Harbour, as the evening slowly descends.