This is on sixth day of the Flinders Ranges workshop ..

Several hours later we are now at Brachina Gorge (as for all the following images except the last one). 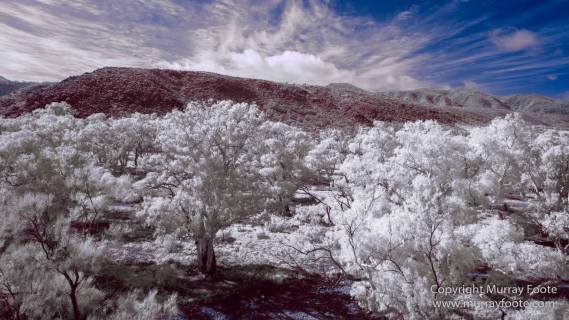 This section of tress has been severely affected by crown of thorns starfish.  Having polished off the Great Barrier Reef and bleached all the coral, aided by agricultural and industrial runoff, climate change and government neglect, they undertook the long crawl to South Australia. 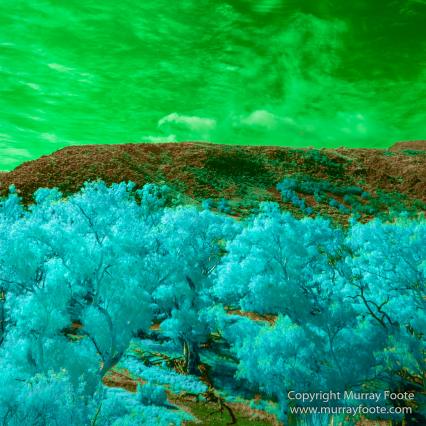 Something seemed different about the landscape that morning.

Or maybe it was just the aftereffects of all that red wine the night before.

This is the road through the enchanted landscape. 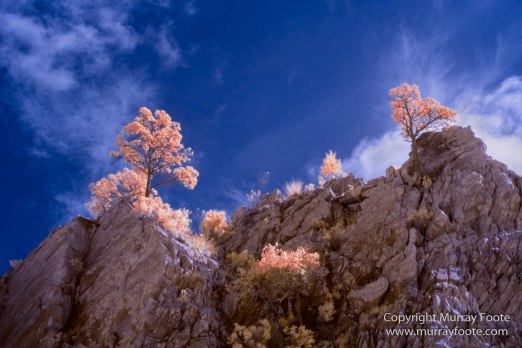 Eucalypts in their autumn colours high up on the hills.

A quiet corner, somehow almost like a Japanese garden. 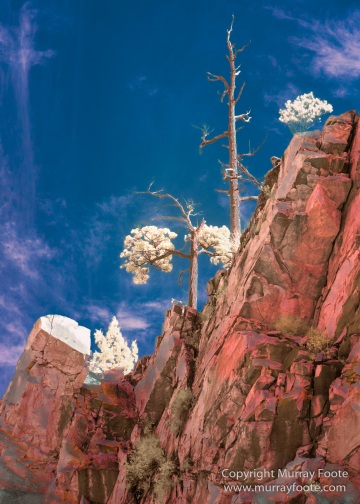 Bare trees pointing to the sky on the distant peaks.

Maybe there were psychedelics in that wine.

And finally, here we are out the back of Parachilna.