On the second day, we walked further in to visit the village of Rumbak.

On the way, behind the prayed flags and white silk, we encountered a frozen waterfall.

In the last post, Robert Hayes asked me what the white silks are for.  The short answer is a kind of offering to gain merit and I found an article that explains the significance of silk in Buddhism in great detail.

A detail of the waterfall. 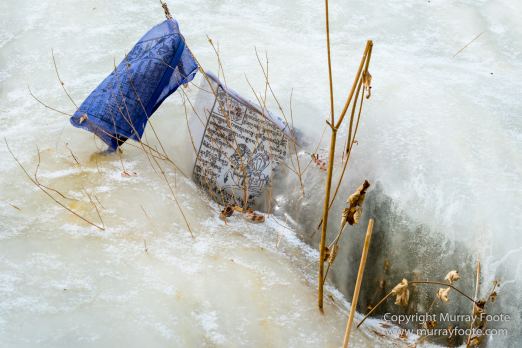 Some of the prayer flags were frozen into the ice below the waterfall.

The river we were walking along was also mainly frozen. 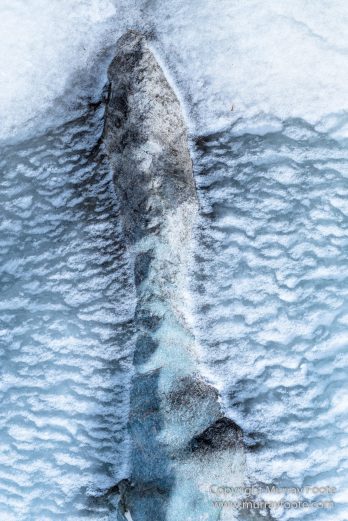 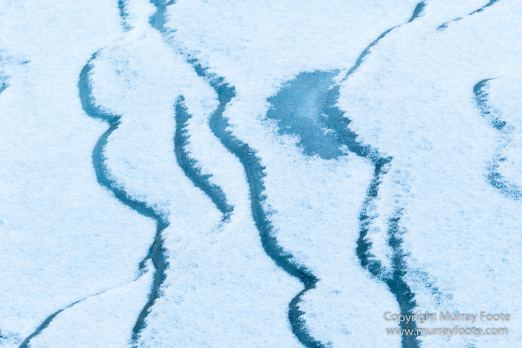 The view from a rise at the side valley leading to Rumbak.  We are looking down the main valley.  There’s another village some distance off in the end valley to the right but we didn’t visit there. 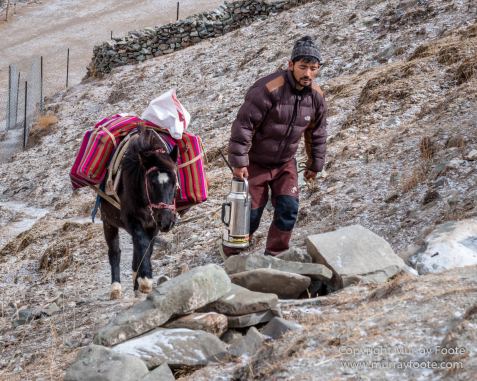 Tea is on the way.  We received wonderful service from our support team, mainly villagers from Rumbak. 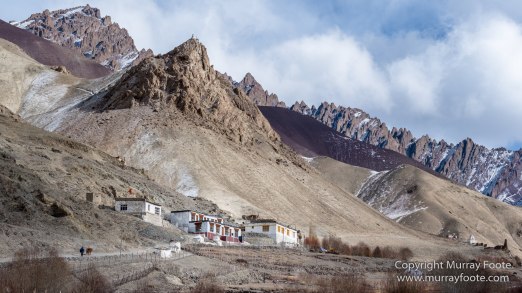 Here is Rumbak in the distance, a man and a horse walking in.  There are more houses than this but they are spread out and not all visible at the same time from the trail in.  There is also a small stupa on the hill behind the houses (click on the image to see this better).  There are Buddhist monuments on many small peaks. 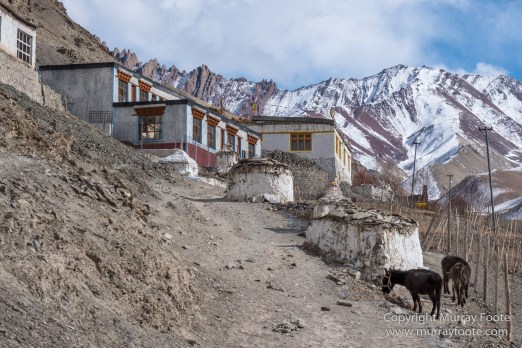 On the stupas in front of these houses are many carved stones.  Traditionally during the long dark hours of winter, women weave cloth and make clothes while men carve stones.

Some of these houses, such as this one, offer home stays (but we were camping).

A stupa and some ruins at the back of the village.  Note the zigzag walking trail on the mountain behind the stupa.
. 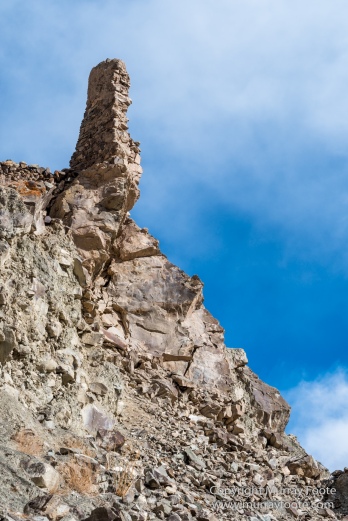 Ruins of an old house, perched on the edge of a cliff that appears to have eroded away, from a time when houses were further up the valley.

People have lived in Rumbak for a long time.

Looking to the end of the valley.

Looking down on the village as we walk back from the stupa shown above.

We were offered tea in the village’s ceremonial hall.  The main purpose of this room is for events that all the village gathers for such as marriages and births.  This is the kitchen part of the room, with a stove and many brass pots, different ones for specific social events.

A last view of the mountains at the end of the valley, past the stupa we visited.

Looking up-river on the trail back to camp.  The stupa is decorated with a flag and the skulls of blue sheep or bharal.