This is the first of my posts on Tasmania.  I have updated the Itinerary post with likely posts and will update it with links as I make those posts. 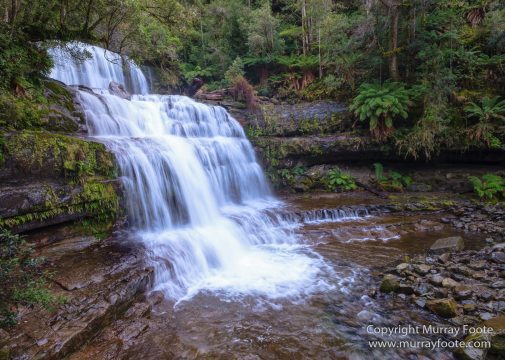 I had driven down from Canberra to the ferry in Melbourne the previous day and the ferry arrived in Devonport at 6:30am.  My destination was to link up with the Overland Track in Winter walk that I was about to undertake with the Tasmanian Walking Company but I did not have to turn up until 3pm.  This gave me a little time to explore so I went to Liffey Falls. 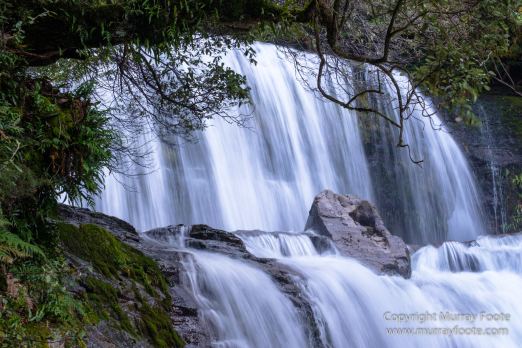 The first three images are all of the main Liffey Falls cascade from below.

There are two ways to get to Liffey Falls.  Google Maps sends you in from Bogan Road in the east, with an extra hour’s walk each way.  I didn’t see why I wanted to do that and went in from Riversdale Road to the west.  However, I discovered why Google Maps is set up this way.  There is a section of one-lane only road where someone is going to have to back up if you encounter another vehicle.  I did encounter about another three cars on the way out, but fortunately not in that stretch.

Since it was winter, sunrise was rather late at 7am.  I was fortunate that because I travelled directly from the ferry, I got there before the sun had risen above the surrounding hills, so the light was low and even, without a great splash of light across half the waterfalls. 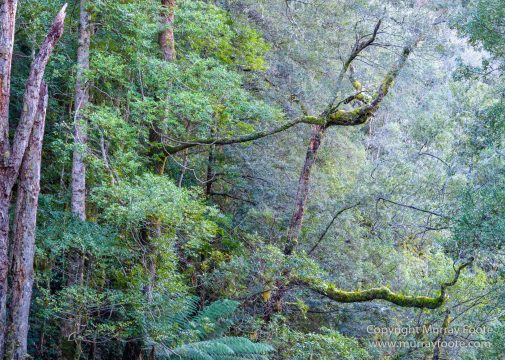 The forest was worth admiring as well as the waterfalls.

A view from atop an upper part of the falls.

Water over the rocks above those falls. 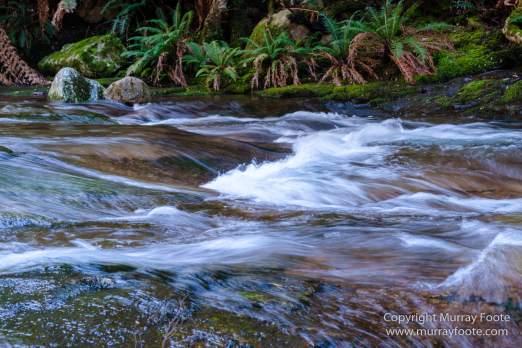 The flowing water contrasts nicely with the ferns and other foliage on the banks.

Technical note: Because the light was low and the water flowing fast, I did not need to use a neutral density filter to smooth the water on any of these shots.

I also visited Notley Fern Gorge, which has a short loop walk.  There is another anomaly with Google Maps here.  This time it puts the location in entirely the wrong place.

Next: starting off on the Overland Track in winter.