Canoe and outrigger on the beach at Morondava, near out hotel room, early in the morning before our flight out.
.

I meant to include a map as I started these final posts on Madagascar so I’ll do it now (and also update the Itinerary page).  The small inset map shows Madagascar overall, along with Reunion and Mauritius to the east.

On the larger map, I arrived early in Tana (Antananarivo) and took a day trip to Peyieras Nature reserve.  I met up with the group on returning to Tana and we flew to Morondava (on the west coast) to see Kirindy and the Avenue of the Baobabs.  In this post, we fly from Morondava to Tana via Toliara and then drive to Andasibe and Mantadia National Parks.  After a few days there, we return to Tana and fly to Port Dauphin (in the south) and drive to Berenty.  On the way out, we stay a day in Port Dauphin before returning to Tana where we all depart and I fly on towards the Falklands.

There were many empty seats on the plane and I was able to relocate to a window seat.  The weather was fine and there was good visibility.  Some of the time we were flying along the coast with interesting views.

I looked on Google Maps to see whether I was able to identify where any of these images are.  It’s not so easy.  For one thing, the sand probably changes from season to season or from storm to storm.

We’re flying south from Morondava to Taliana, though.

Returning from Taliana to Tana. 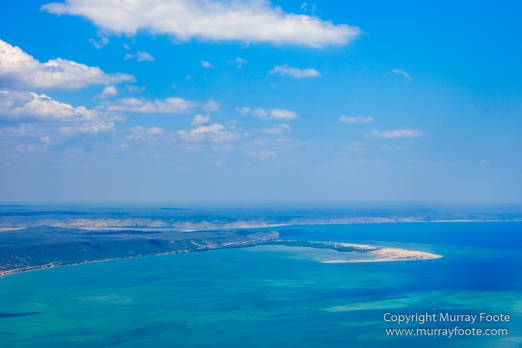 In Tana now, heading for Andasibe.  There are quite a few Citroen Deux Cheveaux (2CV) taxis in the town (as at the right).  These were originally designed so you could take out all the seats and have a picnic.

Views of residences as we drive through Tana.

This is a small town on the way, though I’m not sure exactly where. 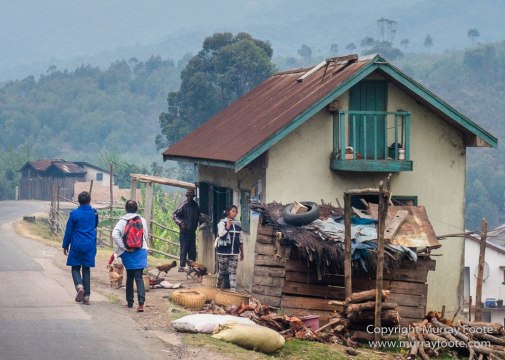 A rural house at the side of the highway.

6 comments on “Morondava to Andasibe”