I woke up early and wandered down to the Mahebourg waterfront at dawn. 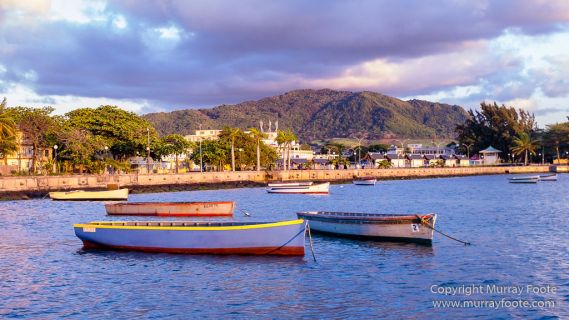 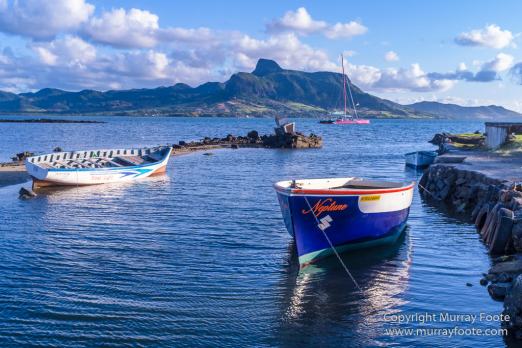 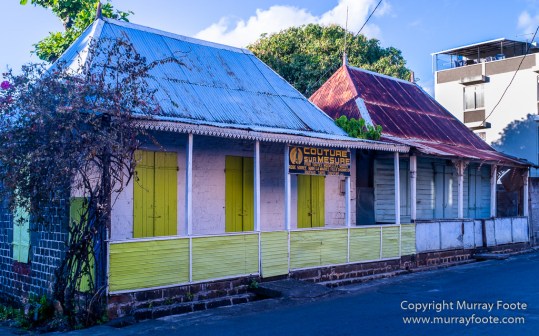 A couple of cottages in the streets on the way back.

Later in the morning I had an appointment at the Ile aux Aigrettes, just offshore from Mahebourg.   I probably took this from the boat on the way over.  In a different era one might have wondered whether Bob Marley was on board.  Even a skull and crossbones at the stern. 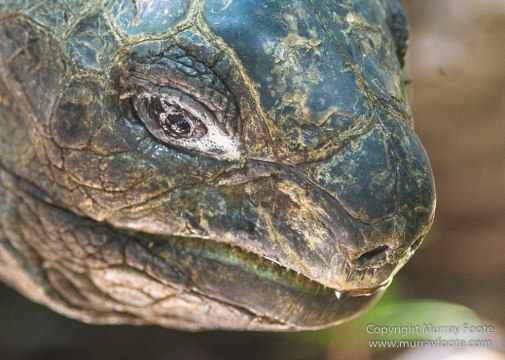 The Ile aux Aigrettes is the Island of Egrets but the Egrets are long gone.  Edith Piaf lived a life with no egrets (“je ne egrette rien”) so maybe she would have liked it here.

The island is a nature reserve, sheltering the remnants of Mauritius’s wildlife.  There were a couple of species of giant tortoise on Mauritius but they have been extinct for centuries.  This is an Aldabra giant tortoise. 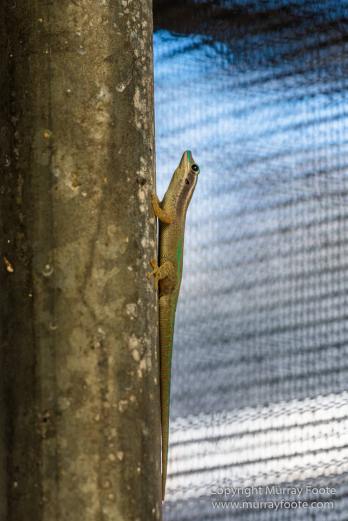 The dodo is commonly thought to be extinct but I was lucky enough to encounter one.

This is the rare brass subspecies, known for the slowness of their movements. 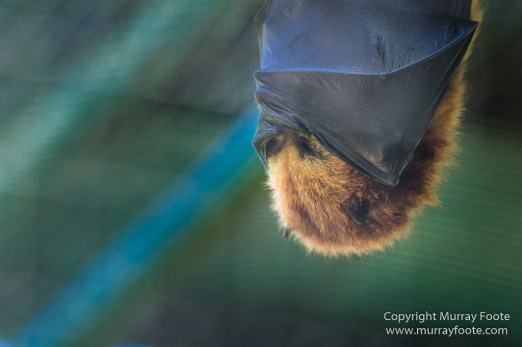 I was waiting on the wharf for the return journey to the mainland.  A couple of boats sped past.

Looking past the edge of the island to waves breaking on the distant reef.

(though the name is not so clear unless you click on the image to expand it). 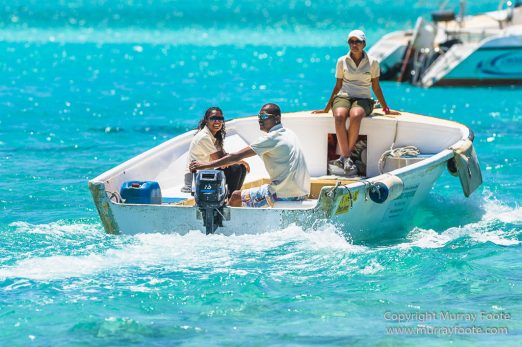 My lift to the mainland is going back to the island.

I had paid a little extra for a personal tour, and my guide (whose name I now forget) is on the left.