Close to the south west coast of Iceland is Vatnajökull, the largest ice cap in Iceland.  there are several volcanoes underneath it and more than twenty outlet glaciers.   In some places these are quite close to the coast.  This is  Skálafellsjökull Glacier. 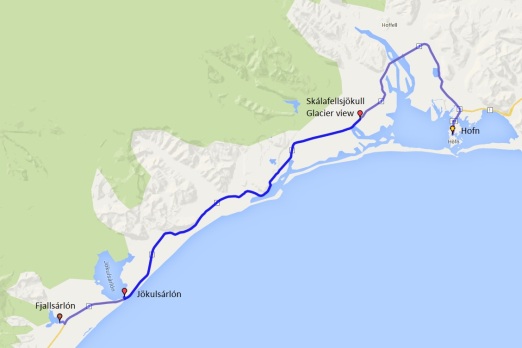 On this day I travelled from Hofn to Jökulsárlón.  For dawn on the day after the next I went to Fjallsárlón which I also show on the map here.

This image and the four following are somewhere on the road from Hofn to Jökulsárlón but I can’t be sure exactly where. 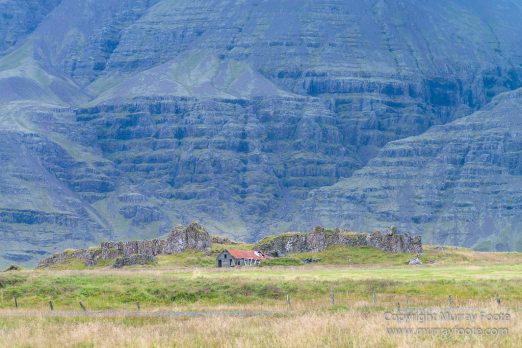 Jökulsárlón is a very special place and one of Iceland’s main tourist foci.  Literally it means “ice river lagoon”.  At one stage the Breiðamerkurjökull glacier reached almost or entirely to the sea here.  It has been retreating and in its retreat has formed the lagoon, in conjunction with the Jðkulsa river, which flows from under the glacier to the sea.

Consequently, Jökulsárlón (lagoon) fills with icebergs which slowly drift out to sea and fragments of them are deposited on the black sand beaches of the coastline.

All images in this part of the post are taken at the lagoon. 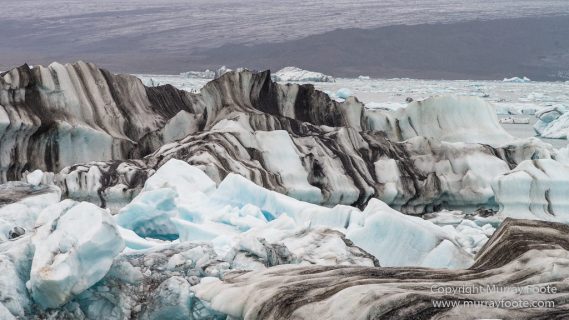 In 2010, Martin Bailey was one of the lead photographers in my trip to Antarctica.  I joined up with him again in 2012 in his winter wildlife tour to Hokkaido.  At one stage he was considering joining me as a scouting exercise for Iceland but instead he teamed up with Iceland photographer Tim Vollmer to offer his own Iceland tour.  I was hoping to meet up with him at Jökulsárlón but had not had contact with him for days or weeks so it wasn’t certain that we would meet up.  When I pulled into the parking area, I looked across at the bus beside me and there he was, having also just arrived.  We saw quite a lot of each other in the next couple of days and I visited him and his party at their lodge in the next couple of nights.

Icebergs and Breiðamerkurjökull glacier in the distance.

A group of people in an amphibian off for a lagoon cruise.

3 comments on “Hofn to Jökulsárlón”