After the helicopter flight, we briefly visited Hoover Dam.  This was built between 1931 and 1936 partly as an employment-generating project during Depression years.   It was at the time the world’s largest concrete dam and by 1939 it was the world’s largest electricity generating plant.   One hundred and fifty-four workers died during construction, not including the sixteen workers who died of heat exhaustion during a couple of days in 1931 when the temperature reached 49°C (120°F).

Bridge and Dam from helicopter. 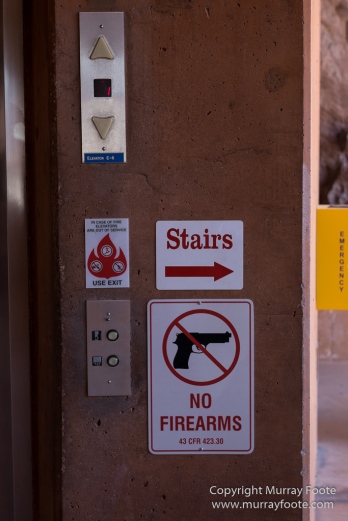 This was at a lift at the dam.  A No Firearms sign is not something you expect to see in countries other than the USA. 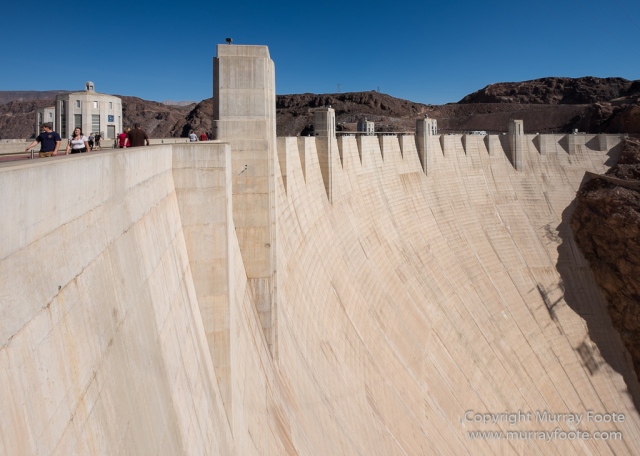 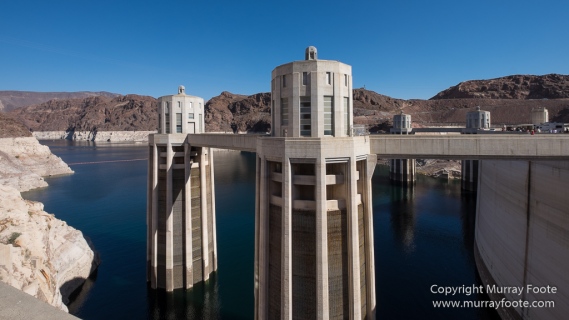 There has been an extended drought for several years and you can see how far the water has dropped.  Lake Mead is now at 39% of capacity and there are many demands on it including aqueducts to California and Arizona and high dependence by Las Vegas including for drinking water.  It is at the lowest level it has been since the dam opened and the drought has continued for fourteen years.  There doesn’t appear to be any sense of crisis as yet.