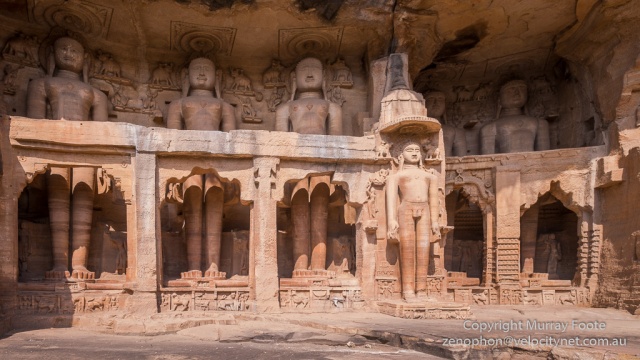 On the way back from Gwalior Fort, we stopped to photograph some massive Jain sculptures on the cliffs below the fort.

The sculptures were created in the mid fifteenth century, at the time of the Tomars.  Many were defaced by the army of the first Mogul Emperor Babur in 1527.

(Interesting the usage of words.  “Defaced” usually merely refers to an act of vandalism that changes the appearance of something but these scultures were defaced.  Literally.  The original meaning of the word.).

The sculptures represent Jain Tirthankars or enlightened people who were traditional role models. 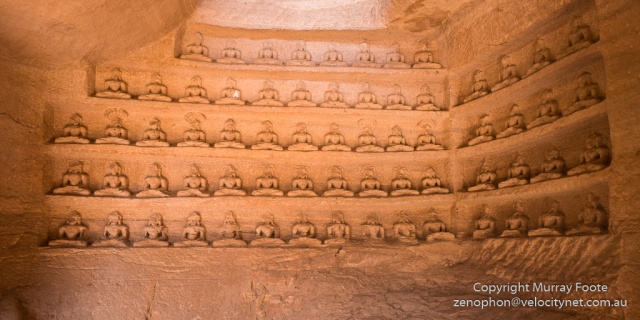 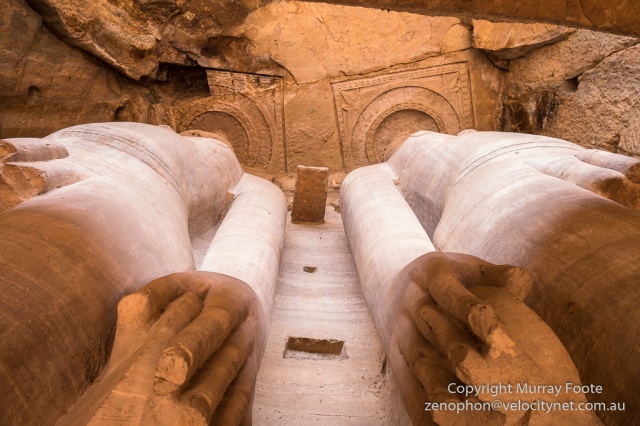 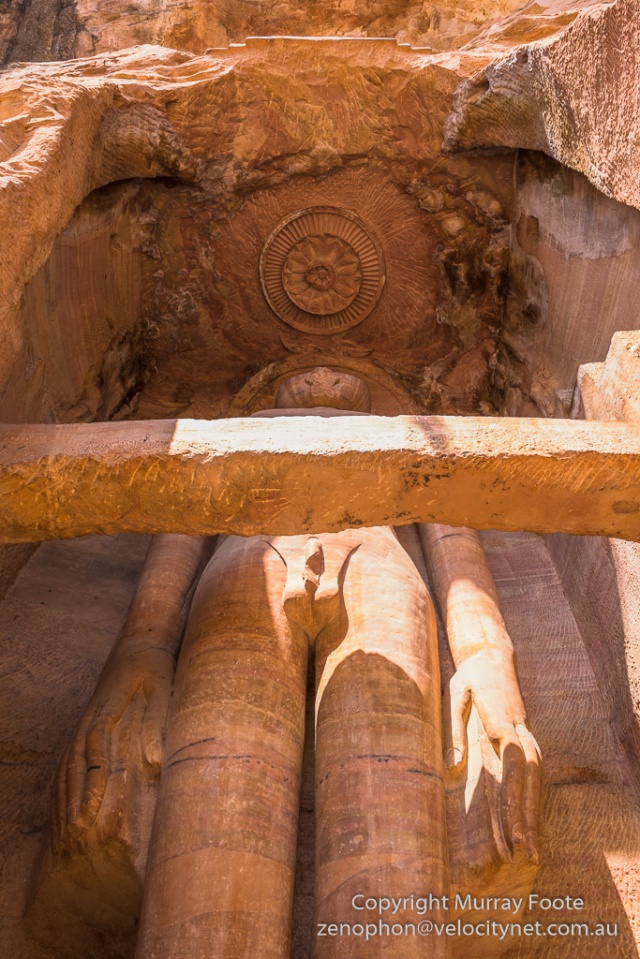 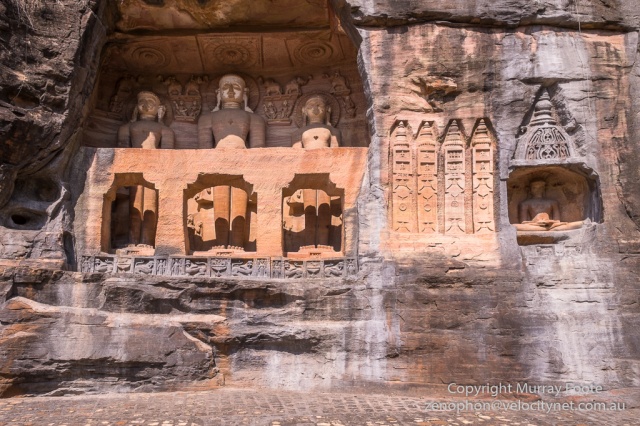 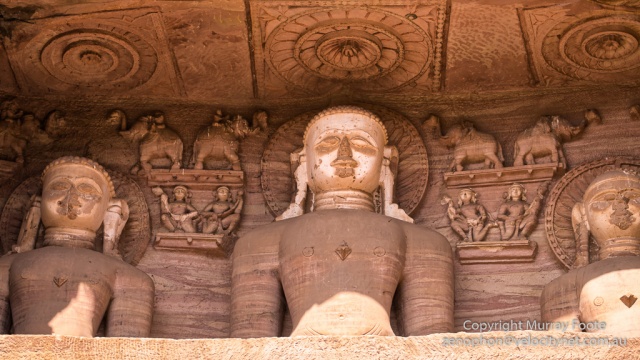 As with all images in this Blog, click on the image if you want a closer view.

We only had a few minutes here and I raced around getting what I could.  Even so, the whole bus was waiting for me by the time I got back.

We stopped for lunch at Datia, halfway between Gwalior and Orchha. Opposite, the other side of a river is this Satkanda Mahal.  It was built from 1614 to 1622 to honour the Mogul Emperor Jahangir by Veer Singh Deo of the Bundela Rajput dynasty that ruled Orchha. He was an ally of Jahangir in his struggles with his father Akhbar.

The palace has 440 rooms, 20 courtyards and seven stories. The overall structure when seen from above is apparently in the form of a swastika.

Road conditions on the superhighway were better than the previous day.  Here the paved left hand part of the road was mainly out of action due to deep potholes.  The dirt road we were on at the right was better.  The oncoming truck appears to be heading straight for us but no doubt after the requisite exchange of horn soundings, there was no problem. 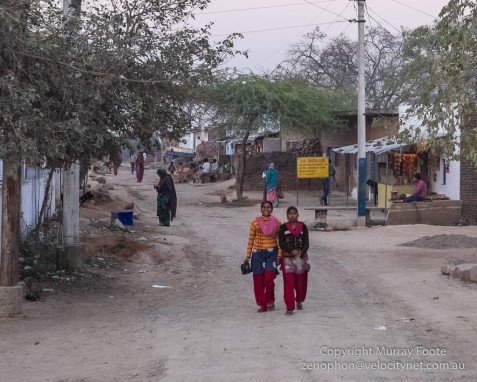 Passing a village, I would think.