On the evening of the 2nd of November we turned up at Terra Blues to see Studebaker John.  This is the support musician, whose name unfortunately I do not remember.

Initially there was no seating available close to the band but some people left after the support act finished and we were able to get a seat in front of the stage and (for me at any rate) fuel up on single malt. 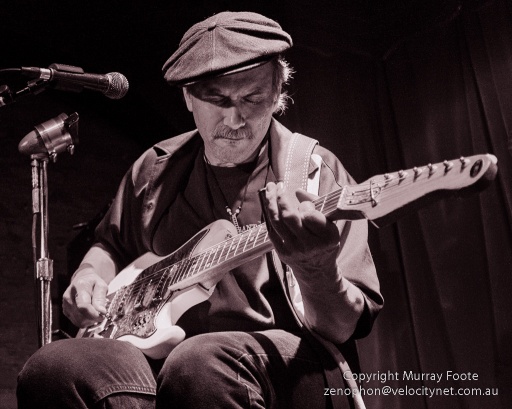 This is Studebaker John.  I had picked up a CD of his in Canberra about fifteen years earlier so I was interested to see him and had some idea of what to expect.

As you can see, this is his bass player, whose name is Rick Kreher.

Studebaker John plays Chicago Blues, coming as he does from Chicago.  Here they were playing mainly in the feel of their then-current album Maxwell Street Kings which he describes as the raw, less-is-more sound that I first heard on Chicago’s Maxwell St. 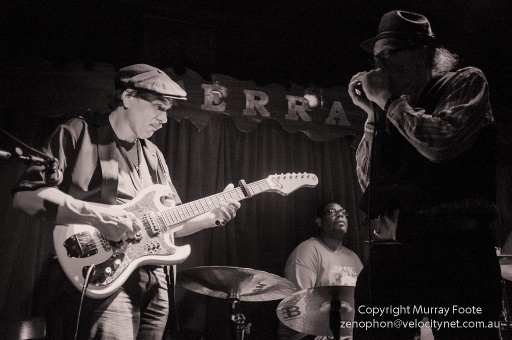 There was a guest harmonica player on some tracks.

I don’t know the name of the drummer.  There was a different drummer on the CD. 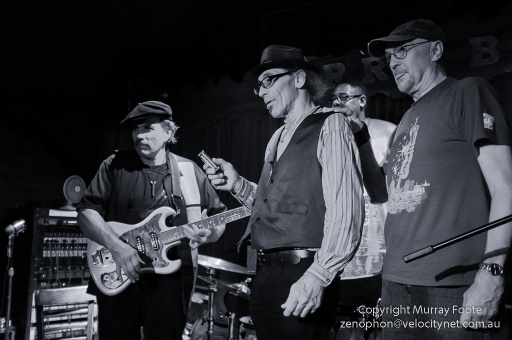 Another great night at Terra Blues.