Here is a selection from the first day we visited the Met.  This is a huge building, with a massive array of ancient art and artifacts.  It takes more than a day to see it all.

This is from the Roman period in Egypt.  Instead of carving faces on sarcophagi they were mainly painting portraits, affixed to the sarcophagi, and the portraits were often exquisite.  They show the person in the prime of their life, no matter their age at death since they expected to become like this again in the afterlife.

I didn’t record the date of this boat but I think it was from a fairly early period. 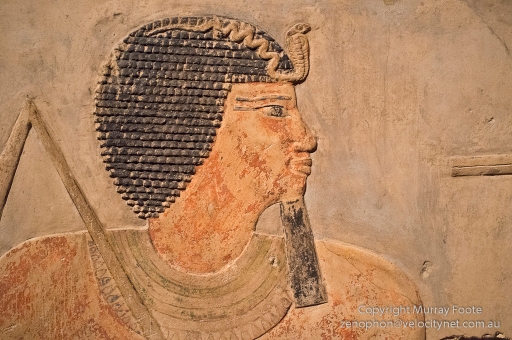 Amenemhat I was founder of the 6th Dynasty.  Not of royal blood, be was previously Vizier of his predecessor, Mentuhotep IV.  After reigning for nearly thirty years, he was killed by his palace guard.

Hatsepshut as maned sphinx, 1473-1458BC (joint reign with Thutmose III) 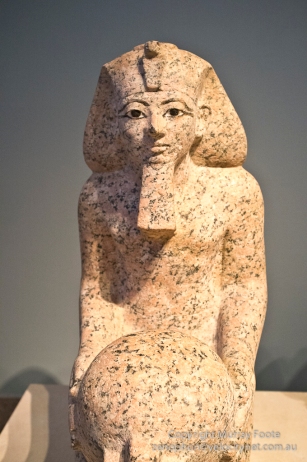 Hatshepsut is probably ancient Egypt’s most successful female Pharaoh. Her total reign was 22 years or more and she was primary Pharaoh for most of that time.

Senusret III was the most successful Middle Kingdom Pharaoh.  He built a canal to bypass the first cataract, expanded into Nubia and had a long and peaceful reign.  I particularly like the detail of the neatly folded tail on this sphinx. 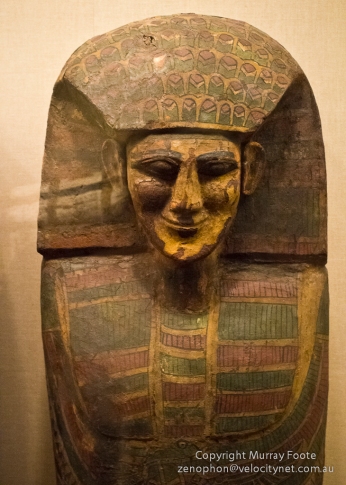 from Middle or Early Kingdom in Thebes

If I remember correctly, not a Pharaoh but a prominent court official. 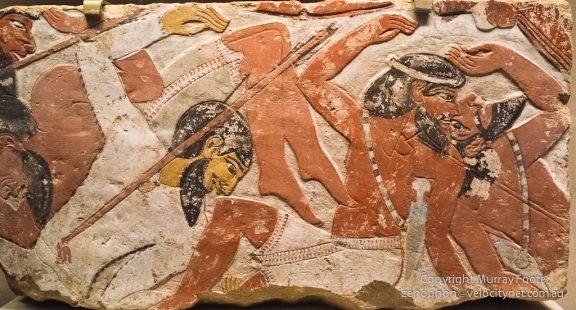 This is from the reign of Amenhotep III, one of the greatest of Egyptian Pharaohs and father to Akhenaton. 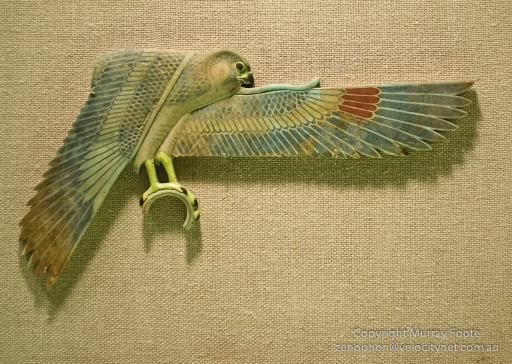 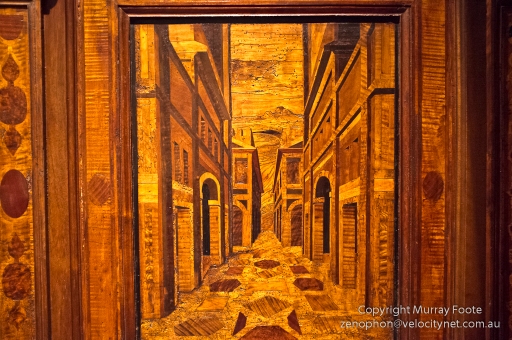 Parade armour of Henri II of France, from about 1555

Henri II was King of France from 1547 to 1559.  His reign was mainly devoted to a largely unsuccessful war against the Hapsburg Holy Roman Emperor and he died in a jousting accident.  This suit of armour would have been strictly ceremonial; he wouldn’t have worn it either for jousting or war. 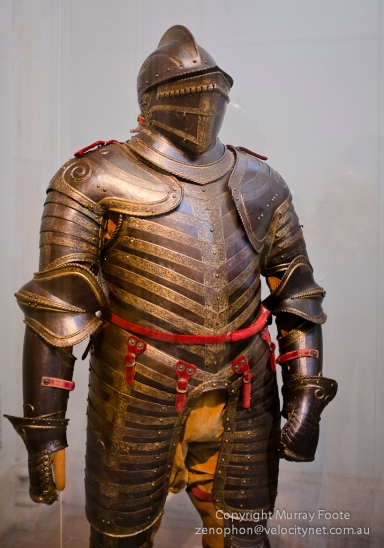 Field armour of Henry VIII of England, from about 1544

Conversely, this armour is field armour and hence less elaborately decorated.  A suit of armour had to be custom made for a person’s measurements and it is likely that Henry ordered this suit for his invasion of France in 1544.  His girth would have expanded considerably since his last suit largely due to the jousting accident he suffered 1536.  The English won a couple of towns in France but was forced to make peace with the French after his ally Charles V, the Holy Roman Emperor, backed out of the conflict. 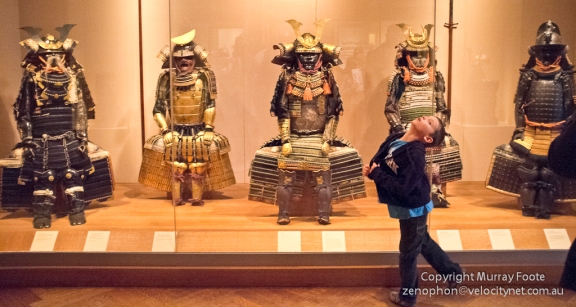 The 14th and 15th centuries are mainly in the Ashikaga period, where power returned from  Kamakura to Kyoto and a long period of conflict ensued between rival shogun and imperial factions. 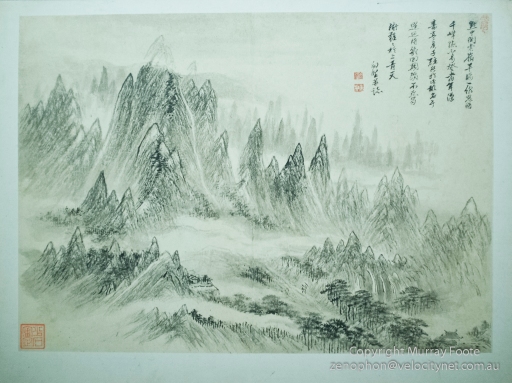 The Sassanian Empire was the last Persian empire prior to the rise of Islam and was the primary rival in the east to first Rome and then Byzantium.  Finally defeated by Eastern Roman Emperor Heraclius, both empires were left in such a weakened condition that they were unable to effectively oppose the rise of Islam. 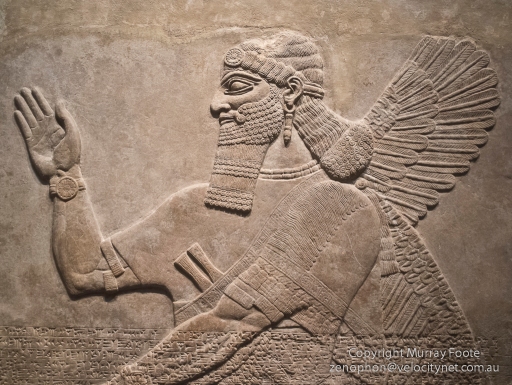 The Assyrian Empire was a Mesopotamian empire from 934BC to 609BC, the mightiest empire of its time, including the conquest of Egypt for some decades..

7 comments on “Metropolitan Museum of Art (the Met)”