Early in the morning we arrived at Puerto Deseado on the Atlantic coast of Patagonia.

Today was a day for landscapes rather than wildlife. We piled into a bus and were driven through the sparse flat Patagonian semi-desert and then through private property until we ended up at a spectacular panoramic viewpoint. There was a twisting river in a broad valley and cracked mud on the valley floor. As it happens, the tide was out and though Puerto Deseado was 42 km away, the sea comes in at high tide. Where we were is called Mirador de Darwin (“Darwin’s Viewpoint” or maybe, vista) because Darwin came in this far in 1833, described and drew it.

Mirador de Darwin, looking up-river. What the purpose of the small huts at top left are I’m not sure. 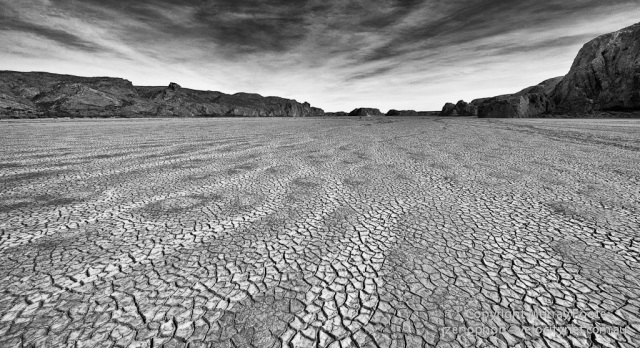 At the bottom of the valley

The little triangular rock in middle right is one that Darwin sketched when he was here. Click on the image above for a much larger image you can explore. This opens in a new window. An icon on the bottom right gets full-screen, then you can zoom in and out with the mouse wheel or other icons.  Best to not quite zoom all the way in.

A loop in the river.

This is what most of Patagonia is like in between the sea and the mountains, a flat and featureless semi-desert. Not a place to get lost a couple of hundred years ago. Explains why it was left to the native inhabitants until the end of the nineteenth century, though the period after that was catastrophic for them.

On the way back from Mirador de Darwin,we stopped at Lourdes Votive Shrine. This is in a natural river canyon that was formed long ago when there was either rain in the area or water coming from the mountains. It now has a concrete floor and has become an open-air shrine, a kind of mixture of cathedral and mausoleum.

Graffiti is often an act of desecration, here it is rather an act of consecration because the words on the rock are the names of the dead. 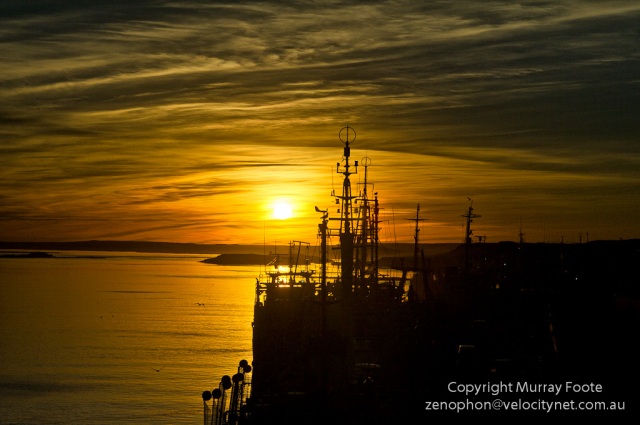 The remaining images are all in Puerto Deseado, taken from the ship as the sunset progresses. 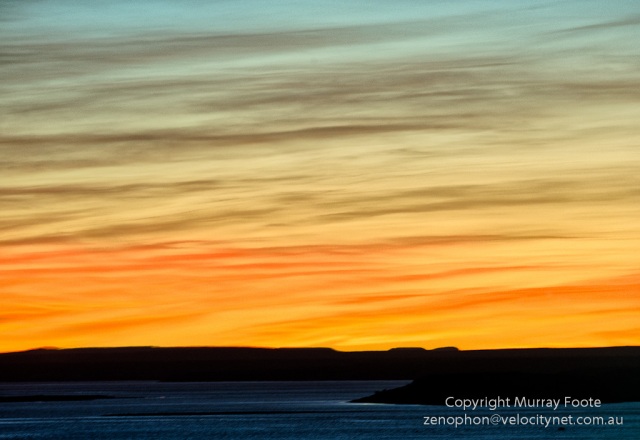 A buff-necked ibis that landed on the ship after dark, illuminated by the lights of the ship.