This is the first of my final posts on my trip to Uzbekistan, Istanbul, Athens, Thira, Crete, Andalusia, Barcelona, Washington and Oregon in 2018.  I made a few temporary posts at the time with some images and no commentary.  I will update the list of posts in the Itinerary Post as I make new posts.

I have been slow in posting this due to moving office within my home and disk storage issues for backup.  My posts may be slow for a while.

This is a map of our itinerary in Uzbekistan.  We were on a custom tour with Adventour, who we found to be an excellent tour company.  The first post is for Tashkent, where we flew in from Australia, via Kuala Lumpur.

Tashkent is 2,000 years old it was sacked several times and not as much has survived as in some of the other cities of Uzbekistan.  However, we are in the Khast-Imam complex in the Old City part of Tashkent.  The complex is named after Khasrati Imam, one of the first imams of Taskent, born in 909.  Above is the ceramic decoration atop a huge doorway, but I’m not sure exactly which building in the complex. 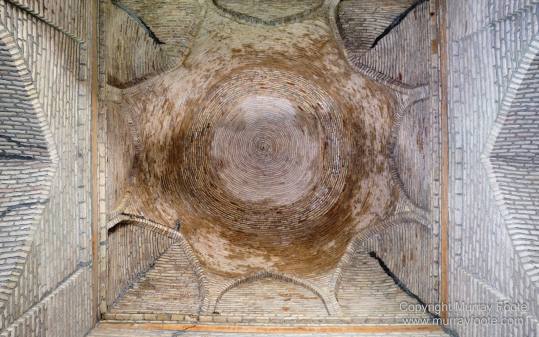 Based on the date-time on the images, this is the ancient ceiling of a cupola beyond that doorway. 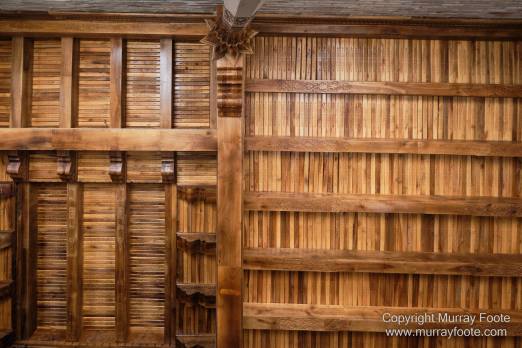 This is a wooden ceiling close by.

Out again, a nearby dome though I can’t tell which building.

Muyi Muborak Madrasah on the right and Abdulla Murodxo’jayev Mosque behind.

The paintings show the derelict state of some of the mosques and madrassas in the nineteenth century, no doubt based on historic photographs.  These are not necessarily Tashkent, though. 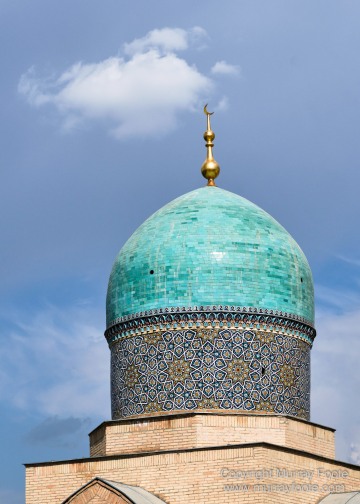 This is one of the domes of Barakh-khan Madrasah.  This houses one of the oldest Korans in the world, created for Caliph Osman.  He was assassinated in 656 in Medina and the Koran is said to be stained with his blood as he was reading it at the time.  We saw this Koran but photographs are not permitted. It is very large, with calligraphic Arabic script. 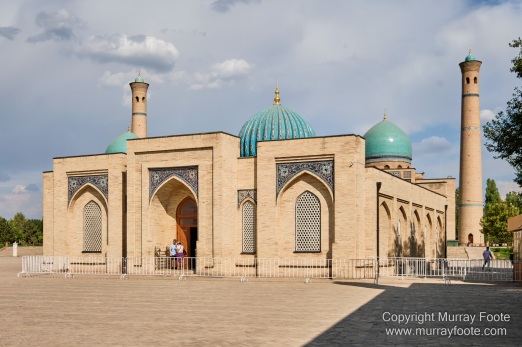 This must be at the side of the Abdulla Murodxo’jayev Mosque.

We are now at the nearby Chor-Su Bazaar.  The apricots look inviting.

It is quite massive, as you can see, and the poster at the far left is for horse meat. 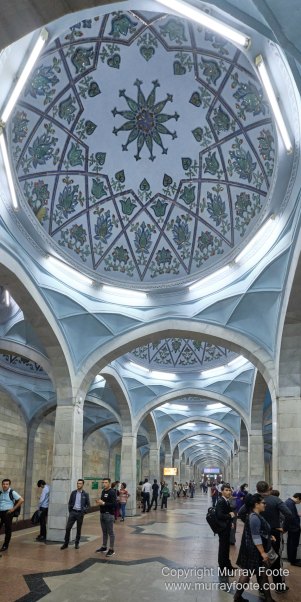 This is one of the stations of Tashkent’s metro, a heritage from the Soviet era. 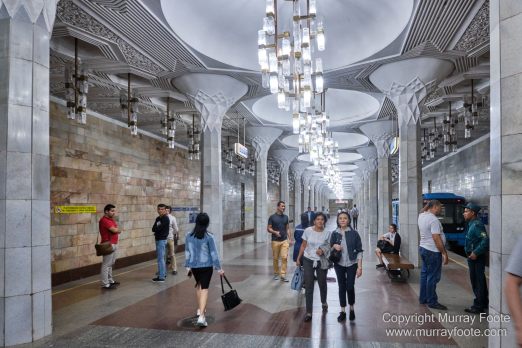 Our guide is waiting for use as we walk out of the destination metro station.

The crane is the emblem of Uzbekistan.

We are now in the Museum of Applied Arts, originally the home of Imperial Russian diplomat Alexander Polovtsev. 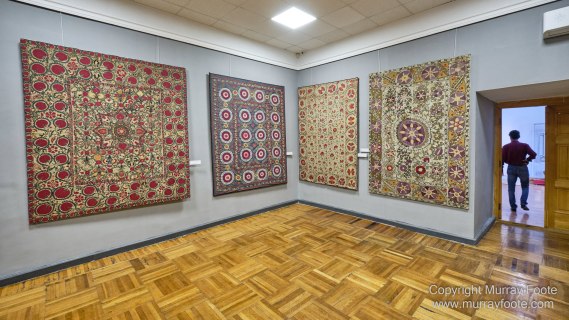 I think we are out of the museum now, in just a kind of shopping arcade. 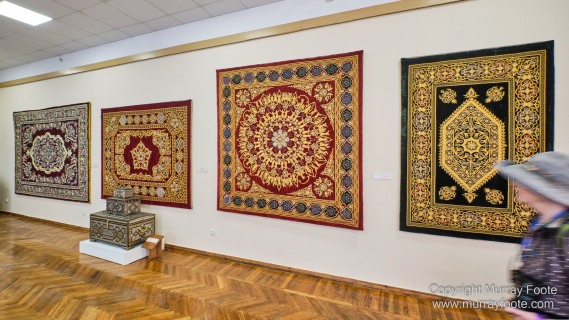