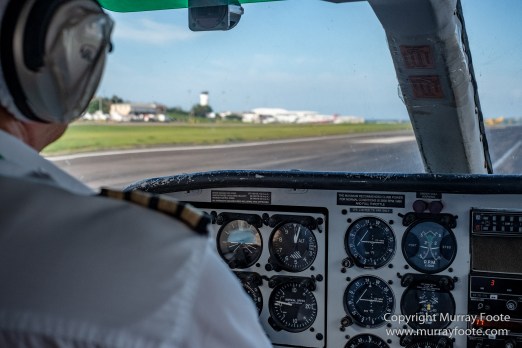 So here we are, on a tiny plane, I think the only passengers on a flight from Antigua to Montserrat. 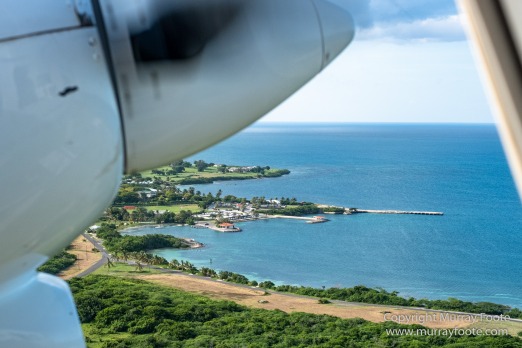 Just taking off, we are looking through at some small wharves at the north end of Winthorpe’s Bay.

We would have taken off ENE but our heading is SW, so we’ve turned around and you can see a minor branch of the runway and the big building is probably a hangar for light aircraft. 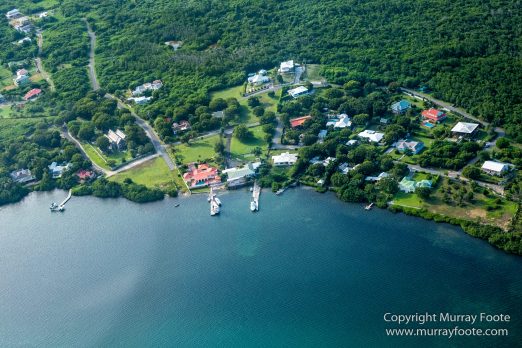 Nearby in Fitches Creek Bay, we see some seaside mansions and St George’s Anglican Church is amongst the trees at mid left.

On the other side of the island, this is Jolly Harbour and Pearn’s Point.

On the way, we get a glimpse of Redonda, a small hunk of rock owned by Antigua but located between Montserrat and Nevis.  It is difficult to land on and has no natural sources of water.  In the sixteenth to eighteenth centuries it was a refuge for pirates and from 1860 to 1914, people lived on it, mining guano.  There is a spurious monarchy of Redonda associated with it, though with only a tenuous association with the island.  The island has been recently cleared of long-horned goats (probably left by pirates) and black rats, which had stripped it bare.  Vegetation is now returning and the population of boobies and frigate birds is greatly increasing.  Redonda is also home to five endemic lizards that are unique to that island.  They include the Redonda ground dragon, Redonda tree lizard and the Redonda pygmy gecko that was only discovered in 2012.  Not surprisingly, we didn’t visit there. 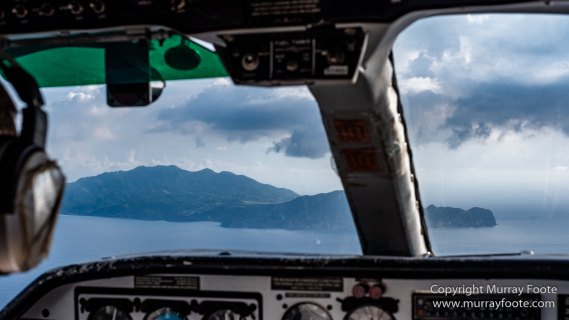 Now we are approaching Montserrat.  This is the north and east coast.

In the background is the infamous volcano that erupted with great force in 1995, 1997 and 2010.  You can see where a recent lava shelf extended into the sea.

Coming along the west coast now, from the north. 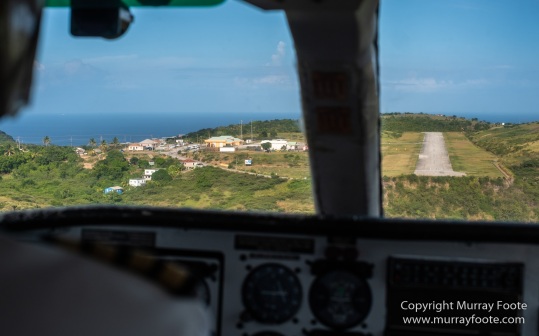 … and coming in to land at the airport. 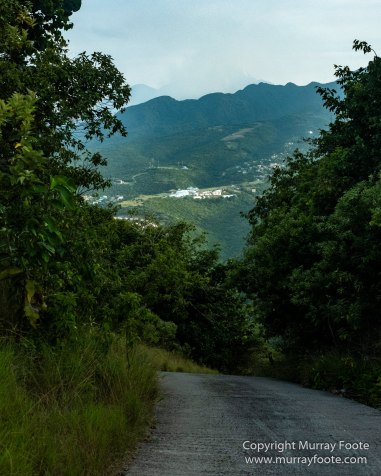 We were met by our hosts and driven to our accommodation.

We must have taken a detour on a northerly road for this view down the east coast of the island.  You can see that same lava shelf in the distance.

Sunset from our balcony.

8 comments on “Antigua to Montserrat”