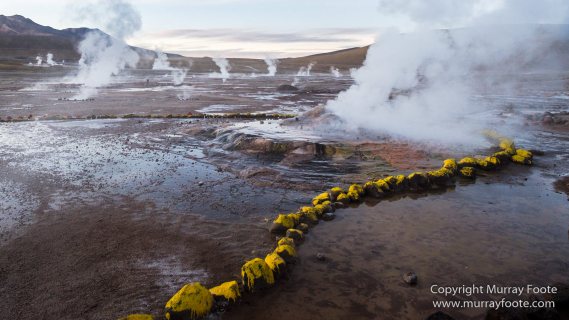 There was a very early rise this morning for the 90 minute trip from San Pedro de Atacama to the El Tatio geyser fields so that we could arrive before dawn. 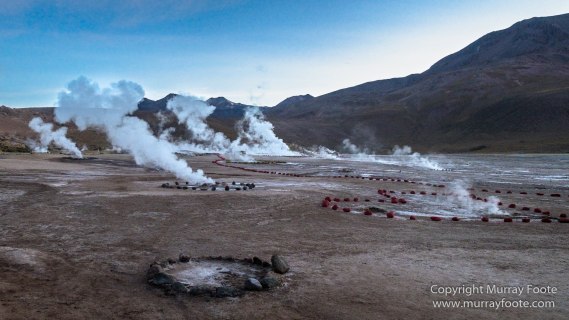 El Tatio is said to be the highest geyser field in the world and the largest in the southern hemisphere.

The sky is bright but it’s still before dawn because there are no shadows,

Now we have shadows so the sun is up.

This is probably the largest geyser. 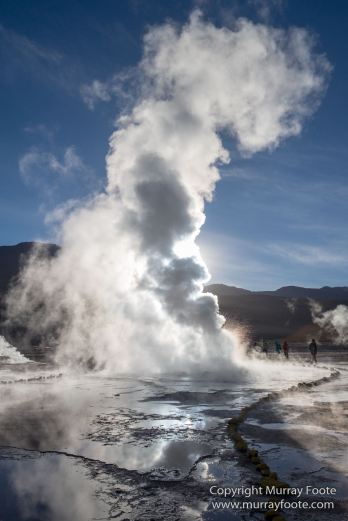 The sun is starting to rise behind it. 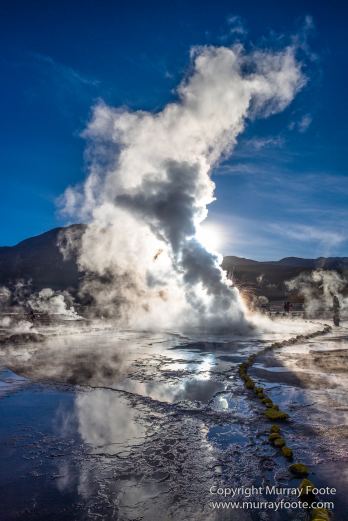 And now it’s peeking through

… leaving reflections in the surface water. 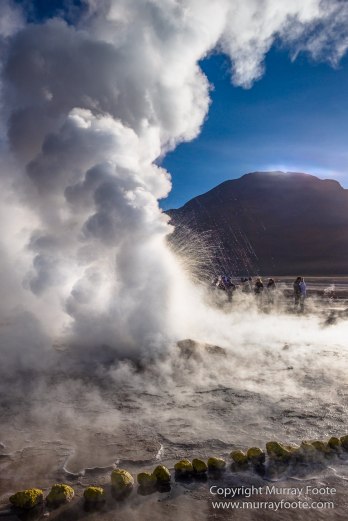 It’s remarkable how the geysers manage to throw out lines of differently coloured rocks just at the point where it becomes unsafe to walk. 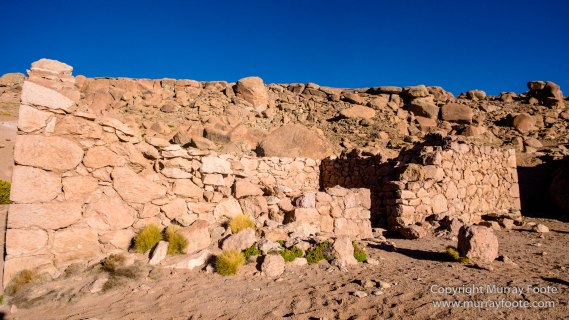 There is a ruined building on the site but it’s not ancient.  It was probably associated with sulphur extraction many decades ago.

Silhouettes in the steam.

The field once included 67 geysers and 300 hot springs.

Geysers once reached 10 metres in height whereas now they are up to a metre.  Individual geysers are larger in New Zealand, Iceland and the US.

Drilling for a hydrothermal energy project in 2009 caused a steam blowout 60 metres high that was not capped for a month.  The subsequent outcry led to the banning of such projects.

In 2010, El Tatio was declared a protected area.