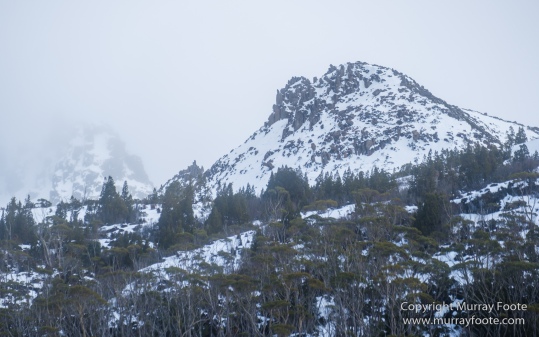 We have now climbed through the rainforest to Pelion Gap.  This is Mount Doris. 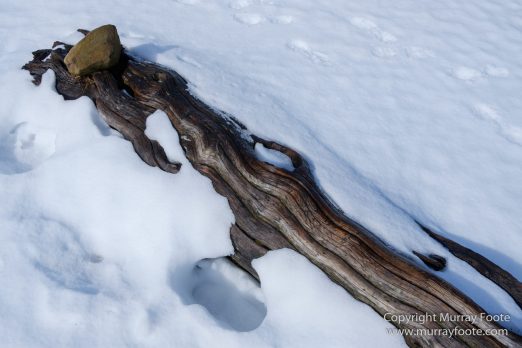 While most of the others were taking off to climb part of the way up Mount Doris, I was taking my time and amusing myself by photographing an old log in the snow. 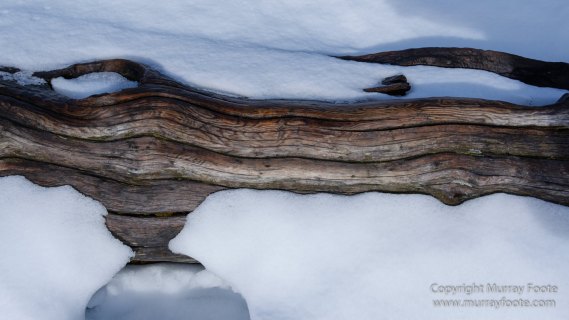 Then when we set off after the rest, the main party came back and informed us there was just too much snow and it was impassable. 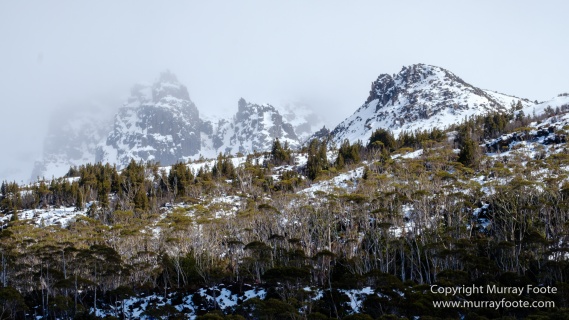 Mount Doris on the right and Mount Ossa on the left. 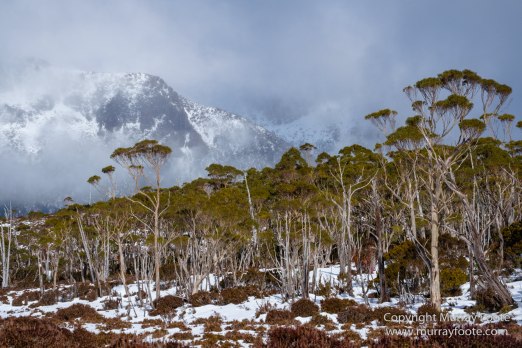 Ducane Range behind the Eucalypts 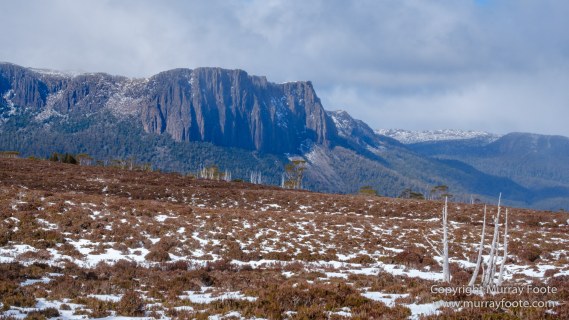 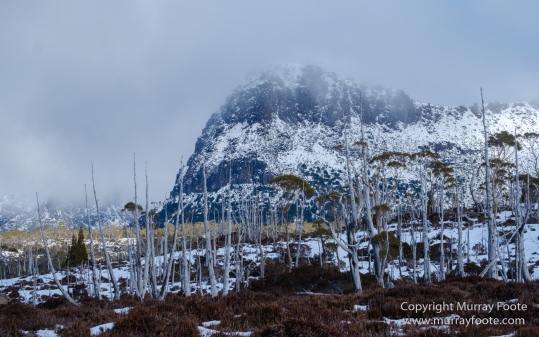 The dead trees would be pencil pines that have encountered a fire.  They may never recover. 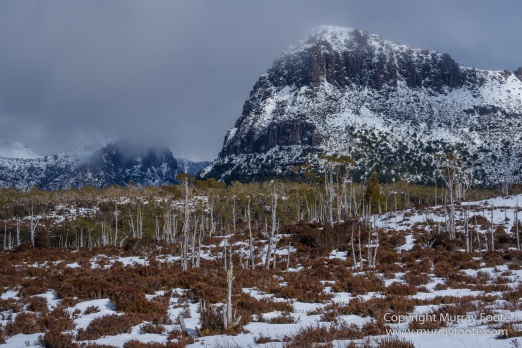 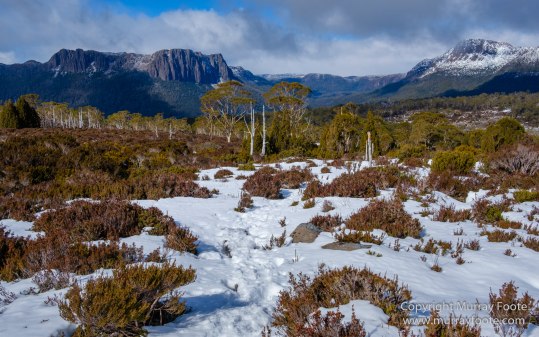 The edges of a boardwalk in the snow are visible towards the front of this image, though you may have to click on the image to see it large enough.  There are also marker poles with orange triangles further back but they only give an indication of where the boardwalks are.  The boardwalks are narrow, two planks covered with chicken wire, about eighteen inches wide (45cm) and you can see how it would be easy to fall off when the edges are not visible, especially if there are no footprints in the snpw.

In the last post I talked about Aboriginal history in the region and how they abandoned what is now the Tasmanian Wilderness area 12,000 years ago when alpine areas were replaced with rainforest.  They only returned from 4,000 years ago.  This is the kind of open alpine environment where Aborigines were able to hunt mobs of Bennett’s wallabies.  They didn’t use boardwalks, though. 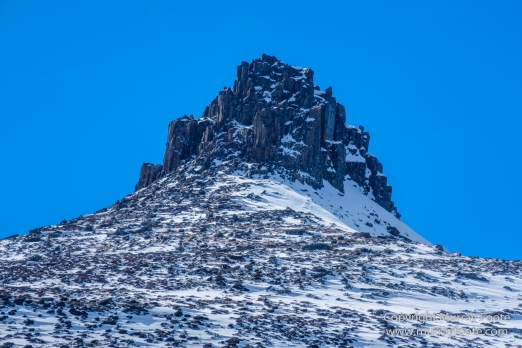 It looks like a volcanic plug, but its shape is due to glacial erosion many thousands of years ago. 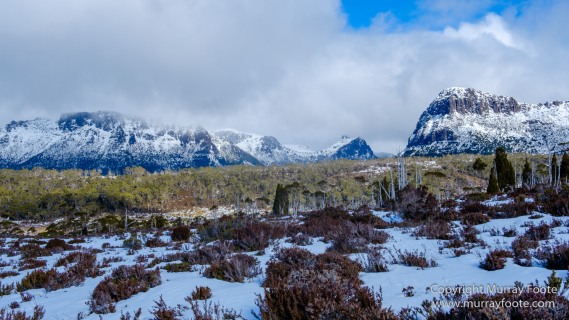 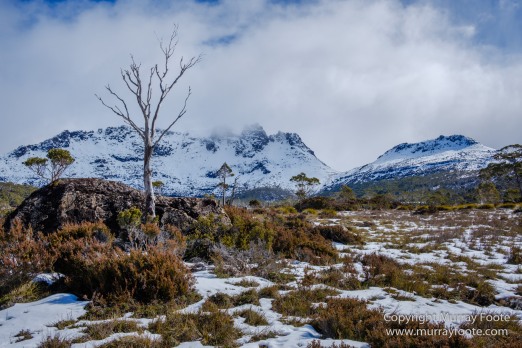 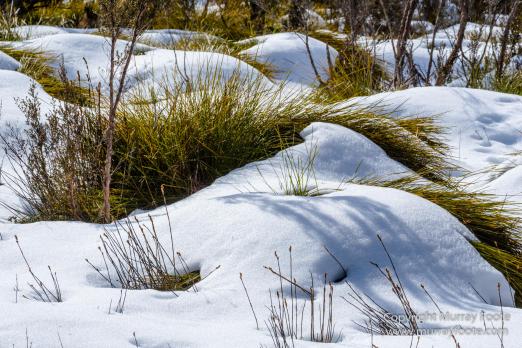 Shapes in the snow. 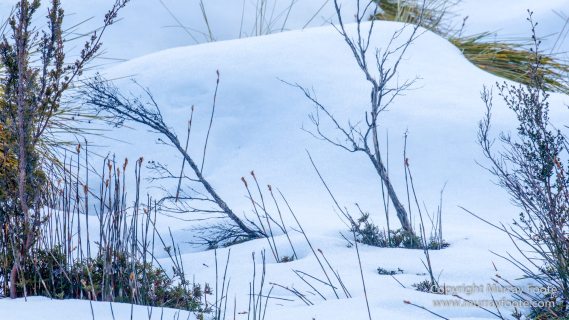 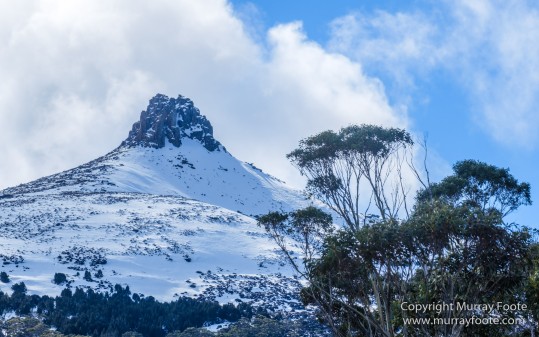