If you read the two previous posts, you will know I was stuck in the snow in my 4wd campervan in a remote highlands road.  About two-and-a-half to three hours after I got through on the emergency number, the rescue vehicle turned up.  I didn’t have time to take photographs then; this is later showing him pulling another vehicle out of the snow.

He had considerable difficulty budging my vehicle.  After a while he got me to try pushing against the snow with the engine of my vehicle as well.  As far as I was concerned I was following his instructions.  Eventually we got free.  I took off back along the F235 with him following.  However not long after, I found I had no power.  I had actually managed to burn out the engine in the effort to get free.  So we left it there, at the top of a rise, on something of a plateau, with a view for some distance in all directions.  I climbed into my vehicle with my luggage and he took me to an hotel in Kirkjubæjarklaustur or “Church Farm Cloister” (OK, the locals usually call it Klaustar). 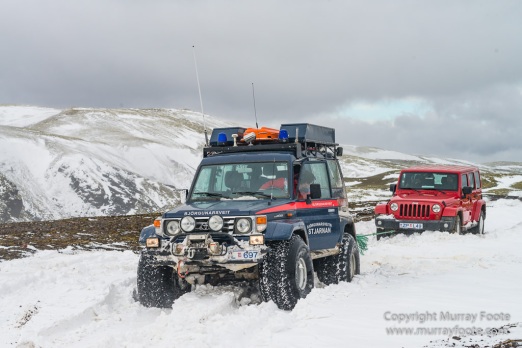 First, though he had a couple of vehicles to pull out of the snow. He pulled about six out that day, mostly before mine though.  Thus on the map, the detour to pulling vehicles out of the snow.

So on my way back to an outpost of civilisation, I took some photographs of enchanting landscapes of the highlands of Iceland in snow.  Most of these are through the front windscreen.  A few might be outside the vehicle. I had to aim through the bits of the windscreen that were clear. 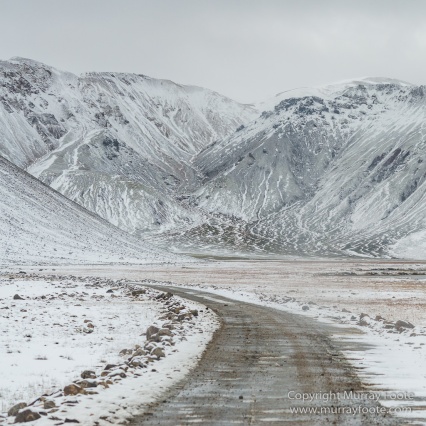 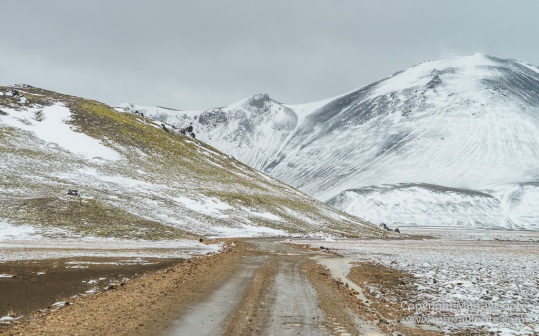 9 comments on “Before the Storm”