From Stykkishólmur I took the ferry to Barðastrandarvegur.  I had intended to next take a short journey to the north-east, to the area around Flókalundur, where there may have been good views.  Since it was raining and I still had a fair distance to travel that afternoon, I omitted that trip.  However, this is where Flóki Vilgerðarson stayed for a winter in 870-871.  He was not the discoverer of Iceland; that was probably Pytheas, a Greek explorer from Massilia (now Marseilles), in 325BC.  Flóki was not the first man to stay in Iceland; Irish monks were already there.  He was not the first Scandanavian; Naddoður from Norway was the first to encounter it and Garðar Svavarsson from Sweden had stayed for a winter around 850, circumnavigated the island and named it Garðarshólmi.  Flóki, though, was the person who gave Iceland its name.  This is how it came about:

Flóki sailed from Norway via the Pharoes with his family and some friends.  He took three ravens with him to help him navigate.  The first flew back to the Pharoes, the second flew around and then landed back on deck and the third flew off to the north-west.  He sailed in that direction, found Garðarshólmi and subsequently became known as Hrafna-Flóki (or Raven-Floki).  It was summer and he was so enamoured of the abundant fishing and hunting that he neglected to make winter hay for his animals.  In the ensuing harsh winter they all starved.  In the spring, Flóki climbed up the nearby mountain Lonfell where he was able to see to the south over Breiðafjörður and to the north-west over Arnarfjörður.  Arnarfjörður was covered in pack ice.  The climate was much colder then and Arnarfjörður these days would be almost always ice-free all through winter.  When he returned to Norway, Flóki expressed his dissatisfaction by naming the land Iceland.  His companions gave more favourable accounts and Flóki’s excursion was the spark that led to settlement.

Actually, there is an ancient cairn on top of Lonfell that may even have been built by Flóki.  He was known to build cairns and for most of the settlement period, mountain tops were believed to be inhabited by trolls and demons and therefore avoided.

The naming of Greenland by Eric the Red is an interesting contrast.  Eric’s father had been banished from Norway for manslaughter and Eric in turn was declared an outlaw for three years for killing a few people too many.  Being an outlaw meant that anyone could kill you and would then take over all your property.  So Eric sailed off to Greenland.  It had been discovered before and there had already been an unsuccessful settlement attempt.  Eric sailed up the west coast and found a place that appeared to be permanently ice free at that time.  Later he returned to encourage more settlers.  Channelling a potential future vocation as a used car salesman, he called it Greenland. 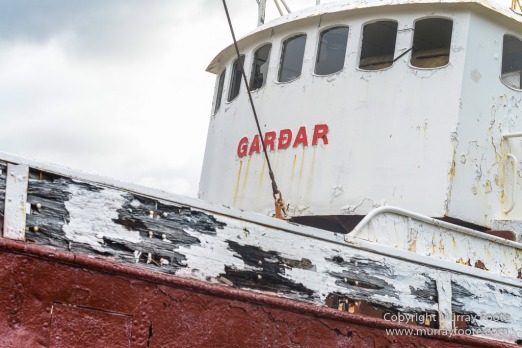 Back to the journey.  From Barðastrandarvegur I headed towards Breiðavik and on the way encountered this abandoned ship, somewhat dissociated from the sea. 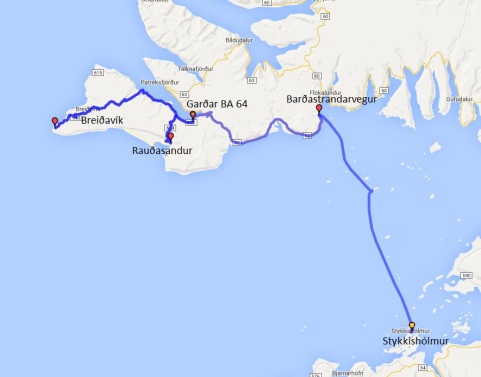 The map shows key places I visited.  You can see a small label above Barðastrandarvegur (especially if you click on the map to see it larger) and that is Flókalundur, where Flóki landed.  The fjord to the north-west is Arnarfjörður.  The pin by the label for Breiðavik is actually Látrabjarg, the nearby bird cliffs where huge numbers of puffins may be found in season.

On the way I found Garðar BA 64 in Patreksfjörður.  As the sign says, this is the oldest steel ship in Iceland, built in 1912 and run up here in 1981. 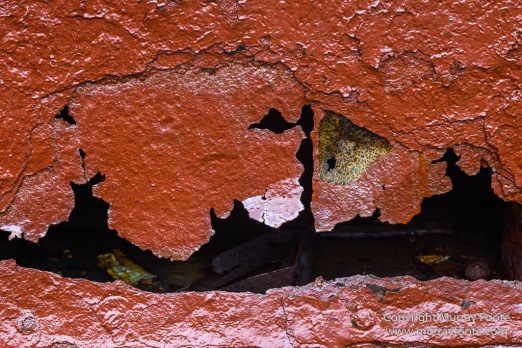 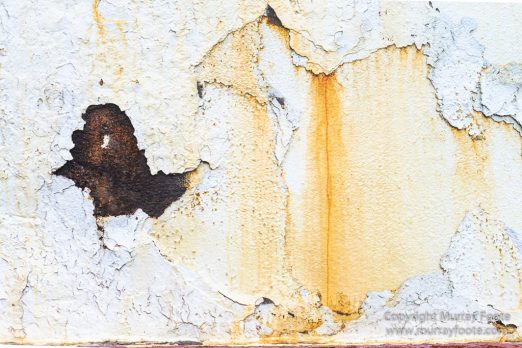 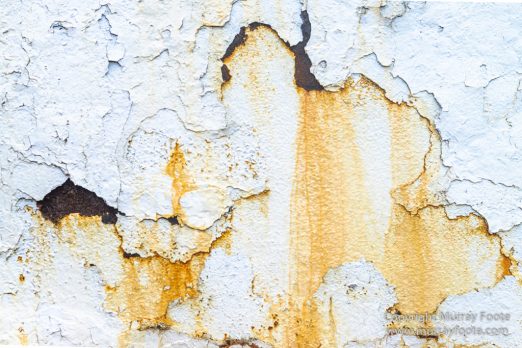 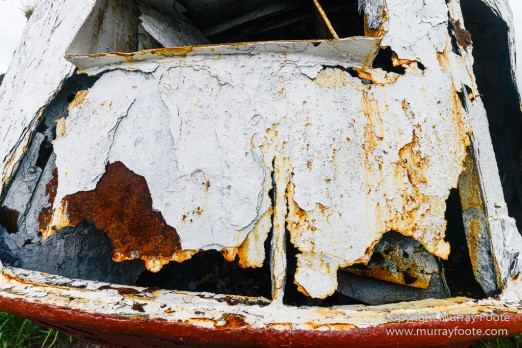 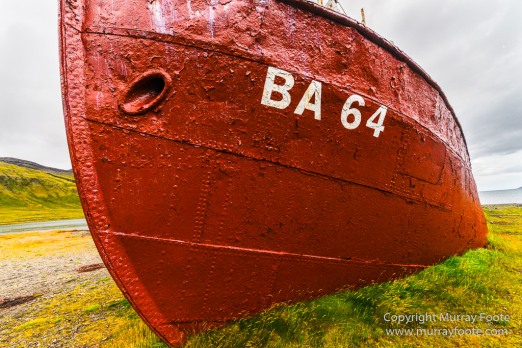 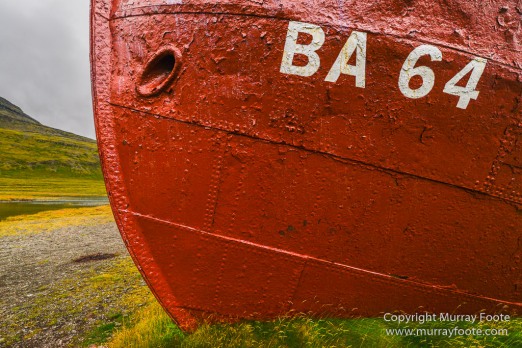 After Garðar, I took a detour to a view of Rauðasandur, or Red Sand Beach, as shown here and in the following images. 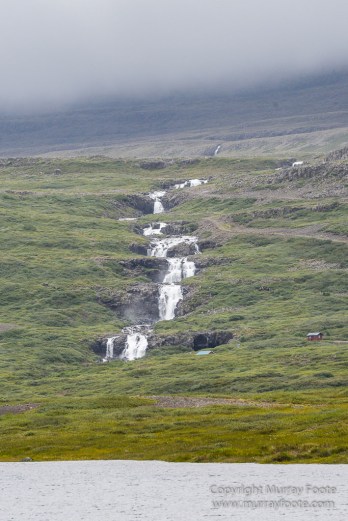 From Rauðasandur, I proceeded to Breiðavik but it was dark by the time I arrived so no photographs from there for that night.