Before driving back to Canberra, I stayed the night at Silverton, not far from Broken Hill and once a prosperous mining town.  I stayed at the hotel.  The grey beetle at the front is a Mad Max reference, because Mad Max 2 was filmed around here.

Three donkeys wandered up for a drink at the hotel.  Their ancestors probably worked in the mines. 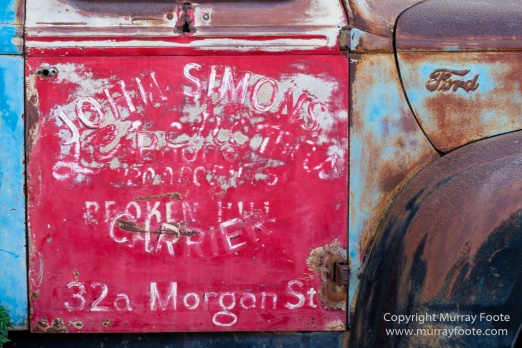 This was behind the hotel, beside a stage that was at the time unused.  Multiple owners over the years.  At least three, I think.

Opposite my unit was the remains of the original hotel, from 1884.  It allegedly sold nineteen tons of beer in the first four weeks of operation and was abandoned after a fire. 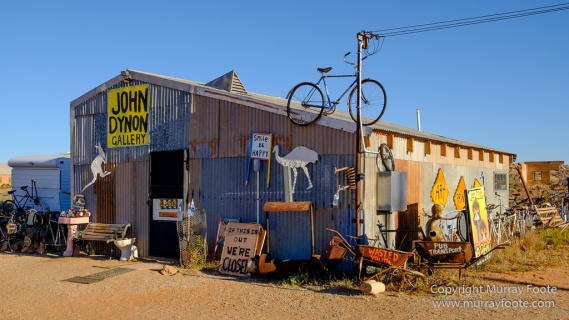 It was late afternoon and I went for a walk, though everything apart from the pub was closed.  John Dynon’s gallery … 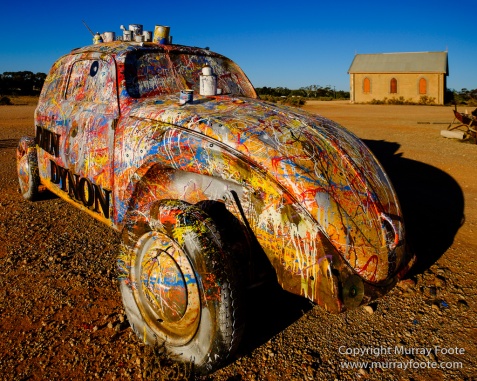 … and his car, which he did not appear to be using.  Perhaps he lives in the back of the gallery so doesn’t usually need the car.

There are many relics of the nineteenth century mining town

and even a Mad Max Museum.

The cafe was closed (as with everything else).

Here we  have the remains of half a house 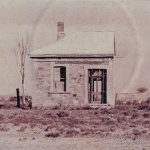 You can see what I mean from the historic photograph taken from a notice board at the site. Apparently, in the Depression, people could register a plan for a full house but if they were short of money they might only build half of it, in the hope that they could afford more later on.

Another gallery was accompanied by some colourful accoutrements. 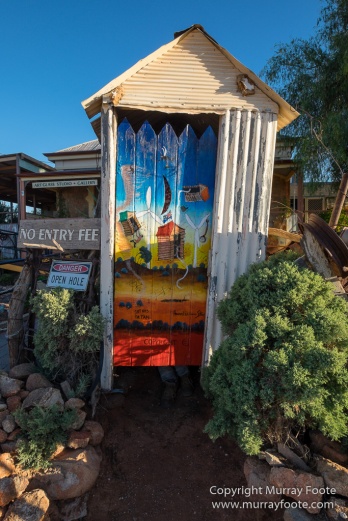 This outhouse and the previous ute are illustrated with what appears to be a rural legend (well, it can’t be an urban legend can it?) of a flying dunny. 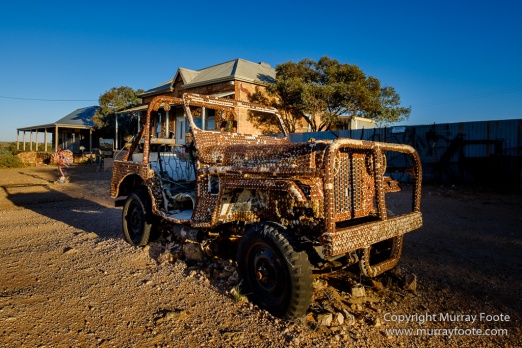 Old beetles are ubiquitous, it seems.

This old house with a kind of a rail scooter beside it had an open door at the back.

This is the view looking through one of the windows.

The wall paper seems recent (as in last hundred years or so).

You may be able to read the frame of the bicycle if you click on the image.  This is a Silverton bicycle, as something of an art exhibit. 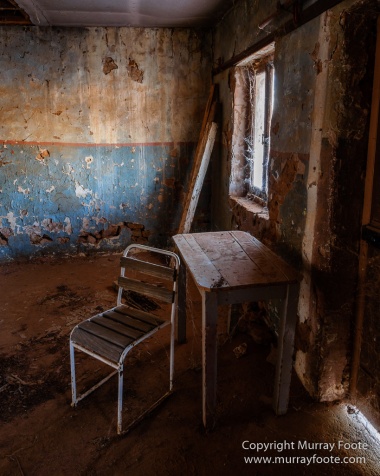 Nearby, another old car. 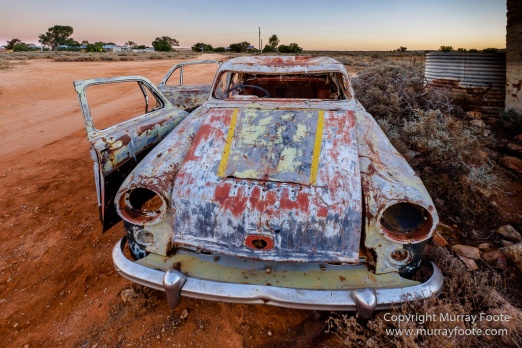 Silver was discovered near here in 1875 by two men drilling for a well.  The town was founded in 1885 and reached a peak population of 3,000 in the 1890s.  After that, the town was eclipsed by Broken Hill and also the silver lode ran out.  Now there are about 40 inhabitants. 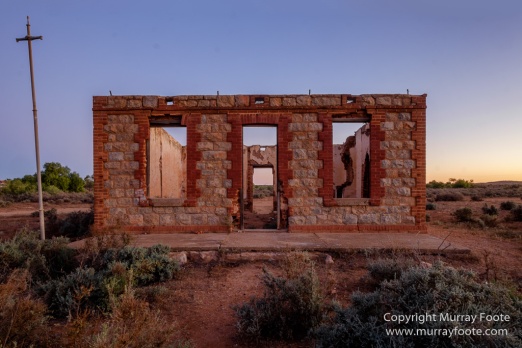 Somone put a lot of work into that stonework once. 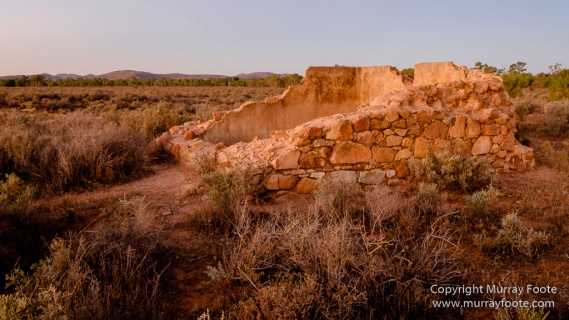 This is the Silverton Jail, built in 1889 and now a museum..