We had arrived at Manvar Desert Camp, in the desert of Rajasthan.

After checking in to our luxurious tents,  we were to depart for a camel ride. 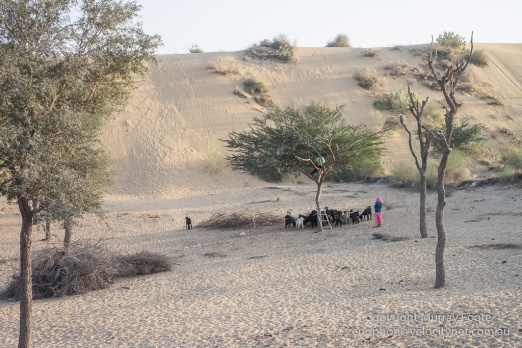 These desert trees are evidently very hardy.  On the right you see a couple that have been pruned.  Someone is  up the tree in the middle distance, savagely pruning it.  The goats get the green foliage and the rest must be for the fire. 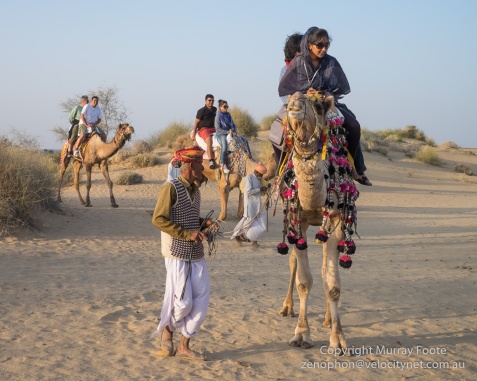 If you’re sitting at the front of the camel, you have to make sure you hold on very tightly to the pommel when the camel gets up or down.  Otherwise you may go catapulting over its head.

These are not people from our party, just others in the camel group with us. 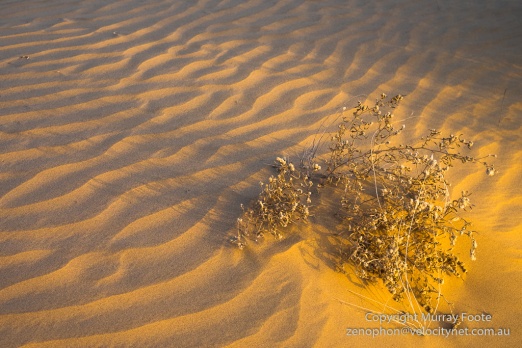 One of the locals played some music on a Rajasthani instrument … 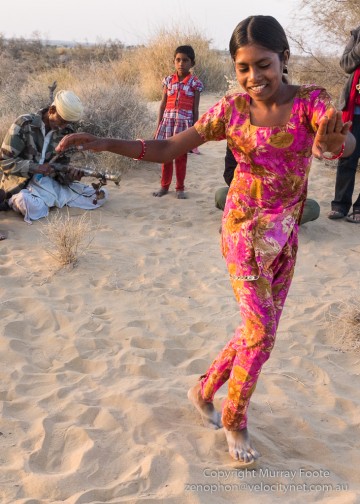 The camels were waiting for us to return. 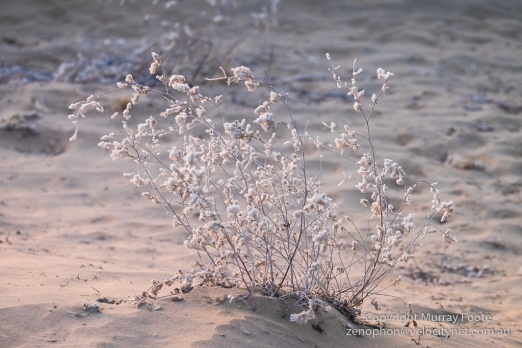 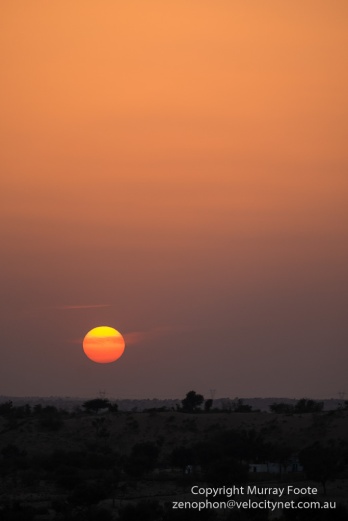 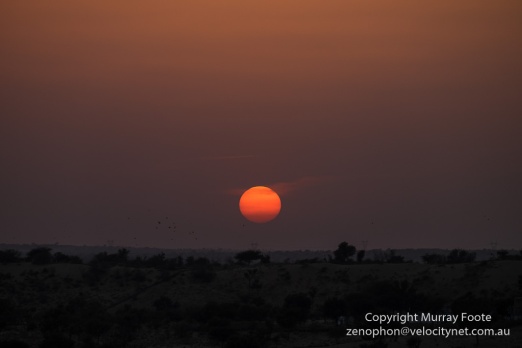 As the sun slowly dwindled behind the horizon, we prepared to return on the camels.  As I was preparing to mount mine, a touch lower on a slope, I had difficulty raising my leg enough.  The camel driver tried to assist me by raising my leg a little further. All that did was to propel me on my back on the sand.

I was carrying two cameras on Black Rapid straps.  The Fuji X-E2 was OK but the X100s slung onto the ground and when I checked it later that night there was no electrical operation.  It was cactus.  Kaput.  Dead as a Dormobile. Splatto.  An ex-parrot.  And as well as that it was not working.

So no more photos from that camera and I got it repaired some time later in Australia, mainly paid for by insurance.

Riding back in the low evening light … 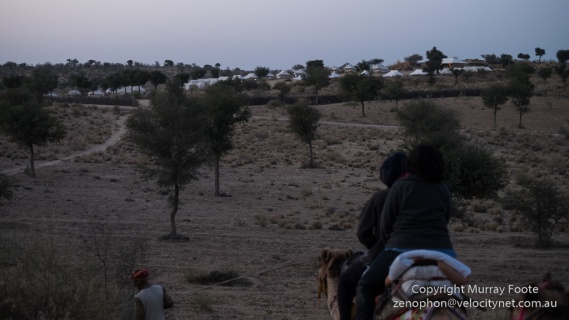 … and coming up into the camp….