No, no, not in the water together. While on the road between Agra and Gwalior we visited a village and later a crocodile farm. 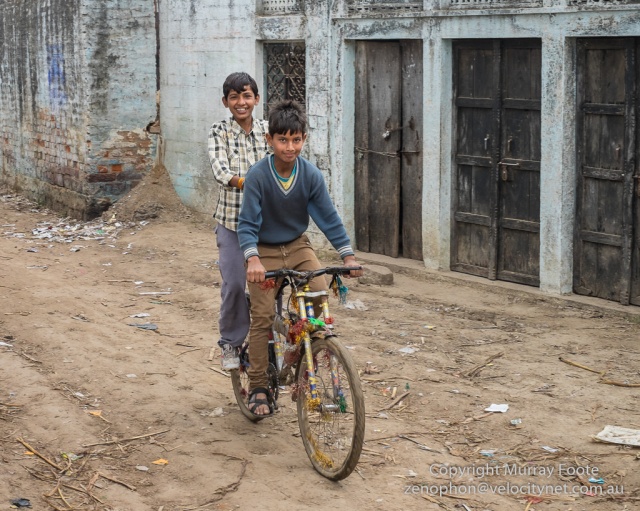 Here are a couple of boys riding up the back lane as we turned up.

The children were generally very eager to interact.

At one stage I was surrounded by children eager for anything I could give them, especially pens for school. I gave them the one pen I had in my pocket.  I had a cheap camera raincover protruding from an open pocket of my camera bag.  One of the younger children relieved me of it and one of the older ones retrieved it and handed it back.  I had not noticed it was missing. 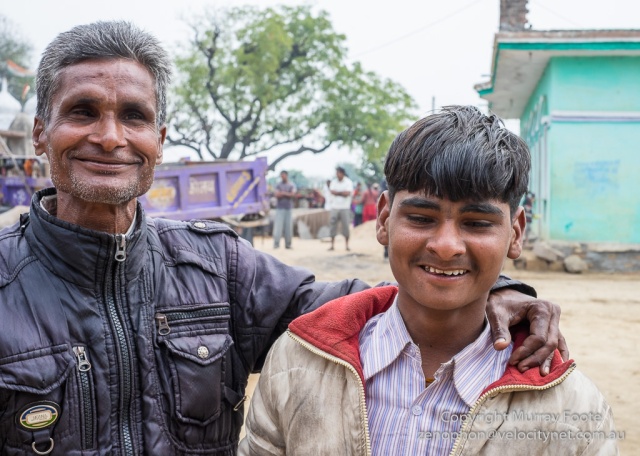 Father and son, it would seem. 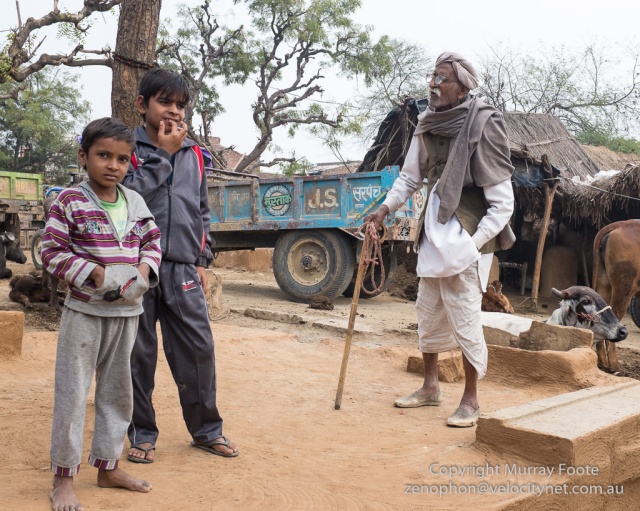 Making “pancakes” of cow or buffalo dung for fuel for fires.

Distribution of the pens.

Our guide told us not to give away any money or everyone would want some and it would get out of hand.  We paid a prescribed amount to our Guide and he paid it to the head man, for all the villagers, while everyone was watching.

Later we stopped at a crocodile farm.  This is a conservation initiative to breed crocodiles and release them in the river in the interests of the health of the ecosystem.

These are gharials, classified as rare and endangered due to encroachment of humans on their habitat.  Juveniles eat insects and frogs; adults eat fish.  They live mainly in the calmer areas of deep, fast-flowing rivers.  They can grow to around six metres long. 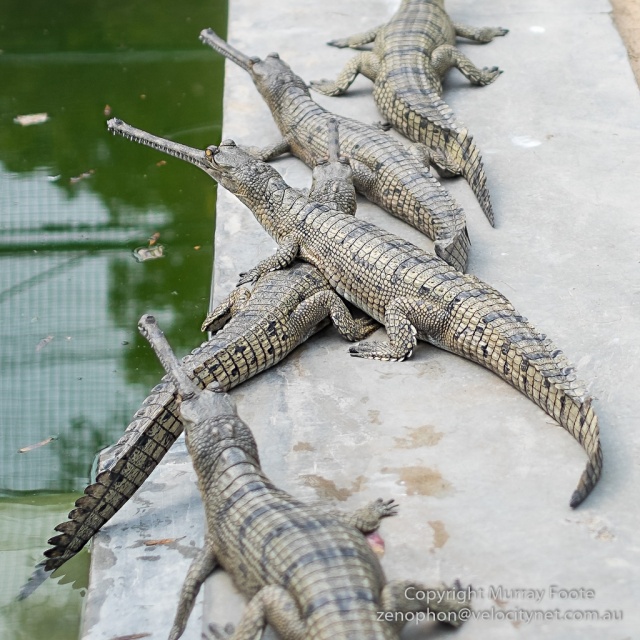 This is a marsh crocodile or mugger.   They have a wider diet, potentially including reptiles, birds and monkeys and grow to about four metres long.  They are also a fresh water crocodile.

3 comments on “Villagers and crocodiles”