This is on the street near our hotel.  Note the interesting variety of objects hung out to dry on the balcony.

Before leaving Havana, we visited the Gran Teatro de Habana, or the Opera House. 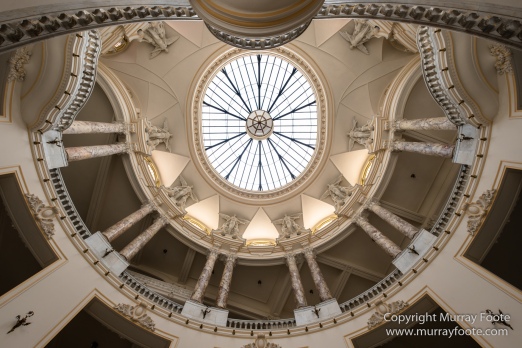 On the street, outside. 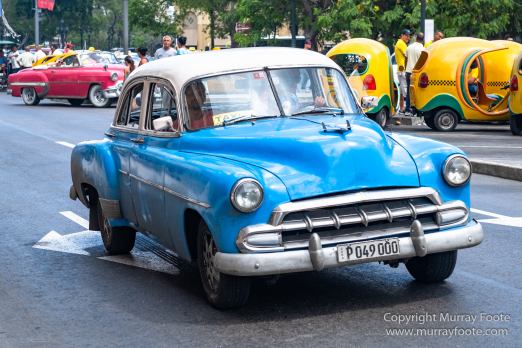 I still had time to photograph a few more old cars before we left. 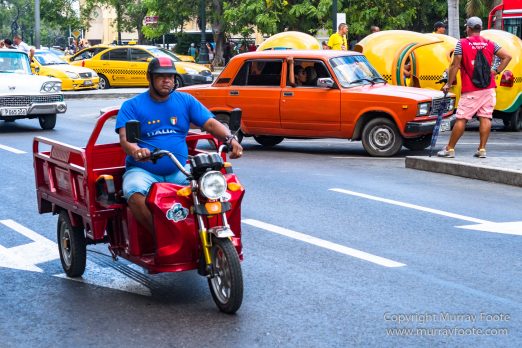 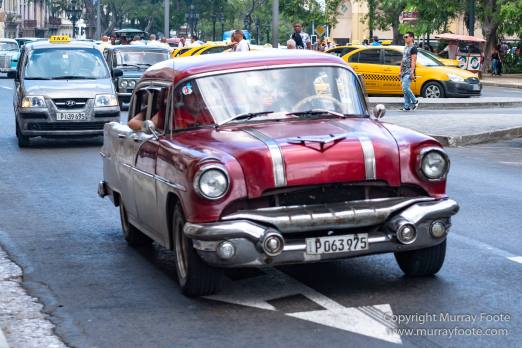 So we headed off to Topes de Collantes.  On the way we were passed by a 1959 Chevrolet Impala. 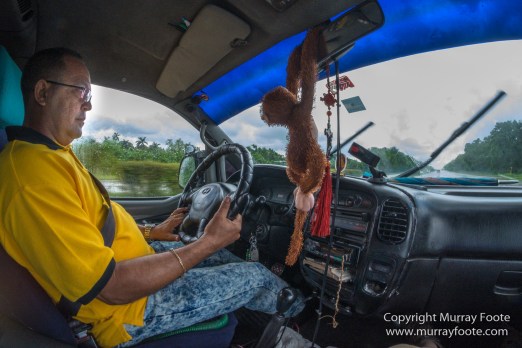 This is our driver. 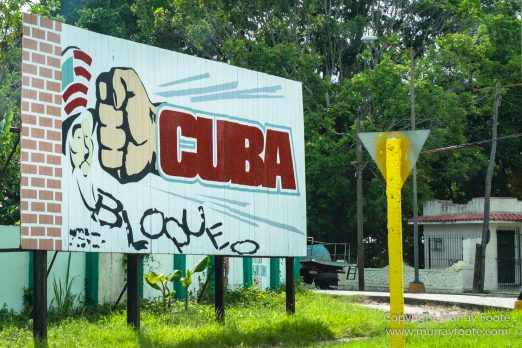 We were closer to Australia than we had thought.

It can be difficult taking photographs from a moving vehicle.  There can be a high failure rate from failure to point the camera to the correct place and achieve focus as we whiz along. 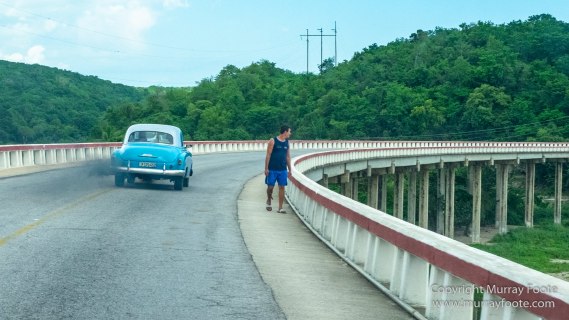 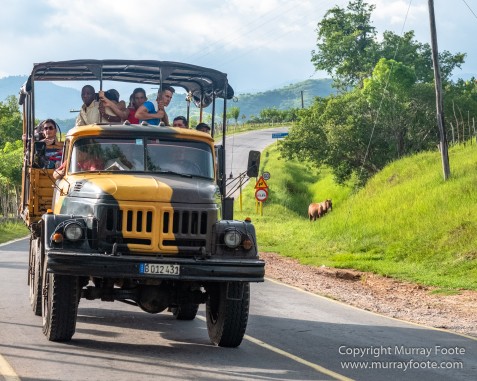 Topes de Collantes is a National Park south of Havana.  This is a view from a lookout. 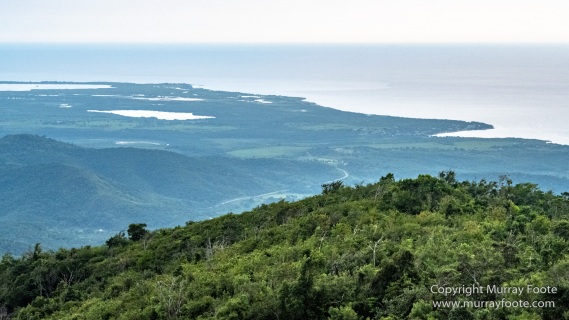 This was the point that the wheels started to fall off the tour.  Cuba was fantastic and our local guides were wonderful but the organisation was at times woeful. The organiser had failed to research the most basic fact that US credit cards aren’t accepted in Cuba as a reaction to the embargo.  Consequently by this point he had run out of money. Our schedule said that the next day we were to go to walk in rainforest and see some waterfalls but it didn’t happen because he could not afford to hire a bus.  Jools and I made our own travel arrangements to get to Cuba but the others didn’t and he borrowed thousands of dollars from them for their flights, promising to pay them back after the tour.  Some of them sued him and got their money back; others didn’t sue and didn’t get any money back.  At the end of the tour he was facing being barred from leaving Cuba until he eventually found a way to pay the guides.

Still, as I say, all that wasn’t the fault of Cuba and Cuba was wonderful.