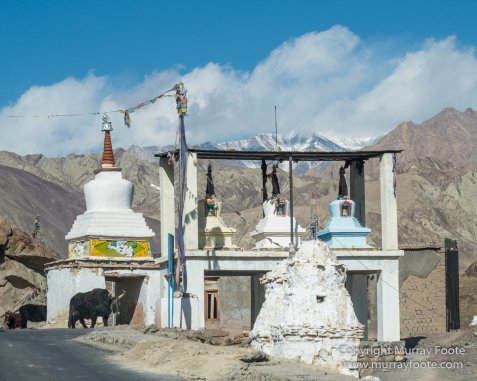 We are on the road between Alchi and Likir Monasteries.  Stupas are not uncommon beside the road. 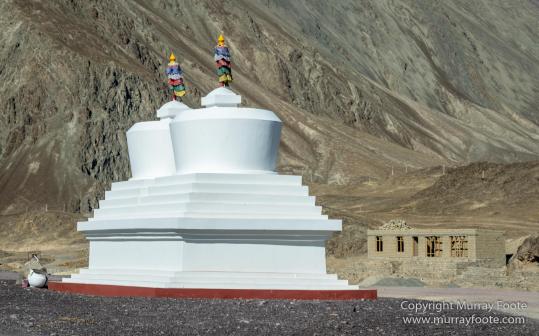 This double one appears to be fairly new (or else has been restored). 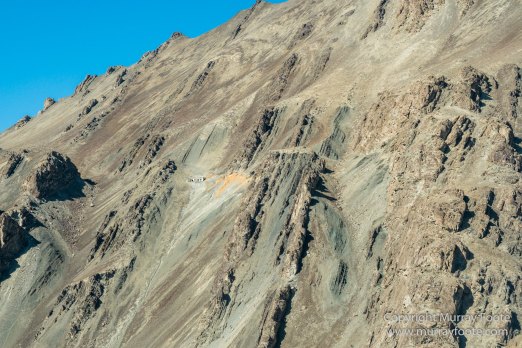 Can you see the building?  What is it doing way up there and seemingly built on a scree slope?  There’s a road down below it but a lot further down and a zigzag foot trail down to the road.  It appears to be a kind of a duplex with two doors and two windows (click if you need a larger view).  The roof appears to be damaged so it appears to be derelict.  I think we can eliminate a farmhouse or a tourist hotel. Perhaps a meditation hideout? 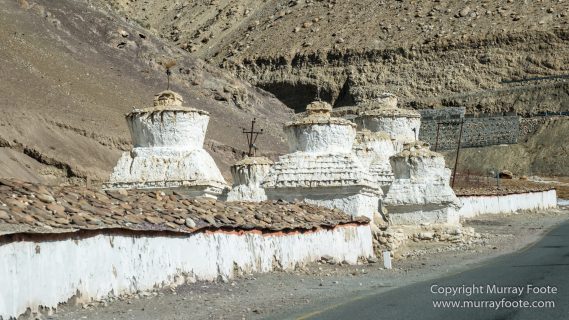 More stupas beside the road.

And we’re approaching it… 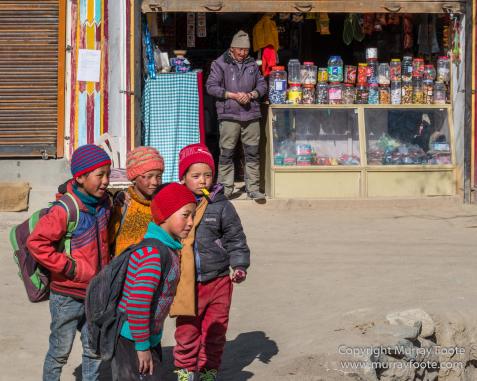 Some of the local boys in front of the general store/ sweets shop. 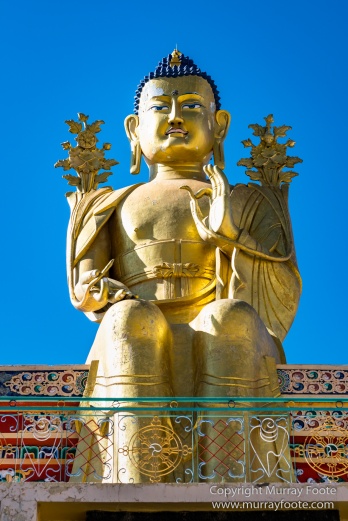 The giant Buddha from below. 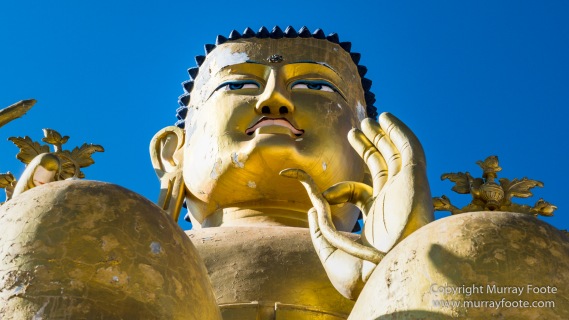 Likir is a very old monastery, dating to the time of King Lhachen Gyalpo (c. 1050-1080).  It has 120 monks and also administers Alchi Monastery, which we had just visited. 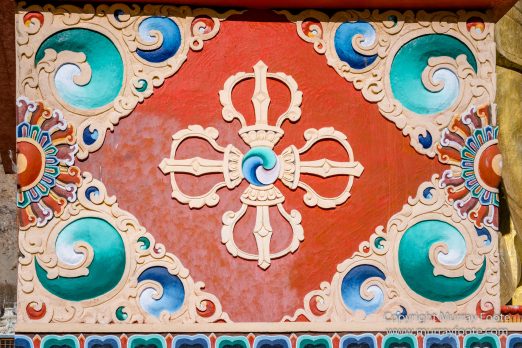 Items and views walking around the monastery. 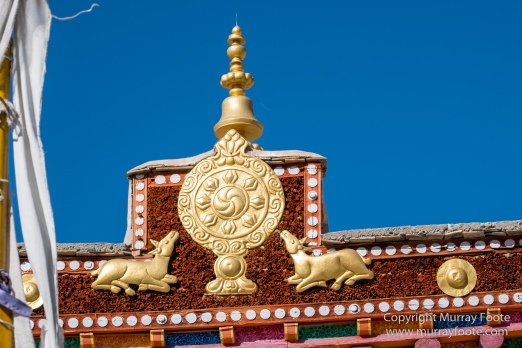 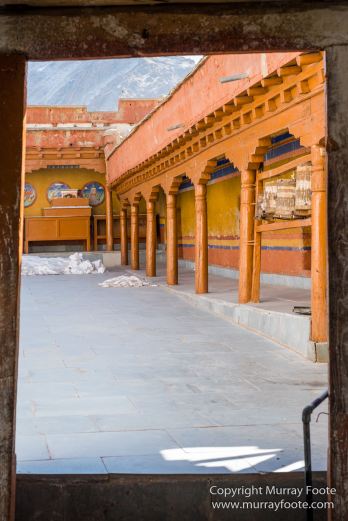 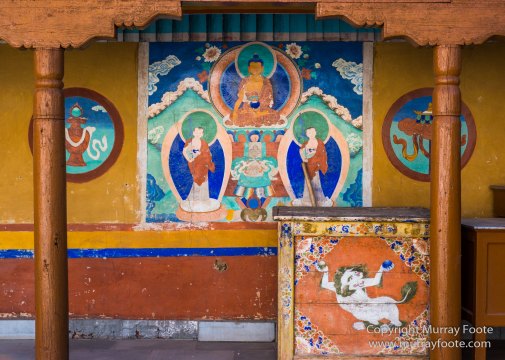 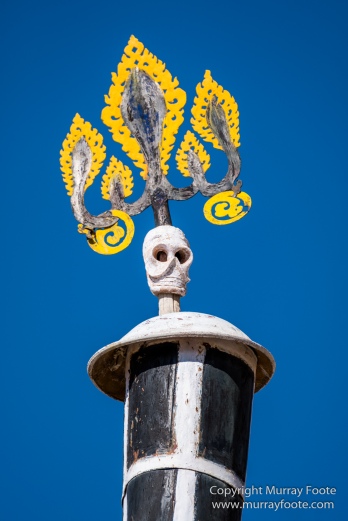 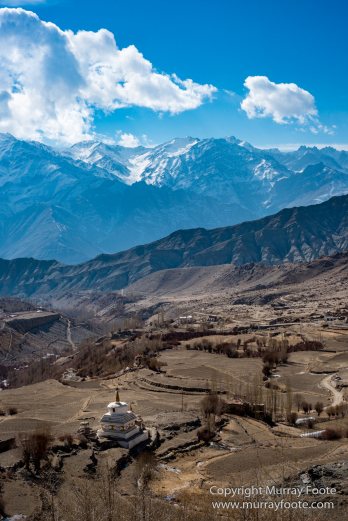 A stupa with a view. 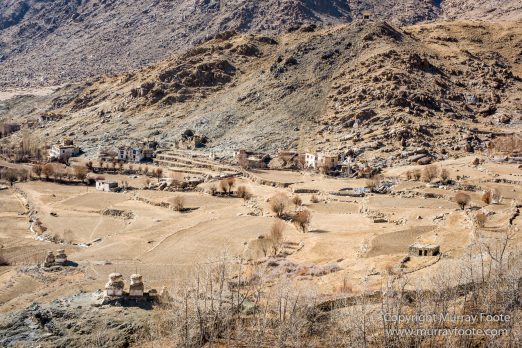 Terraced agricultural land below the monastery, waiting for the Spring melt. 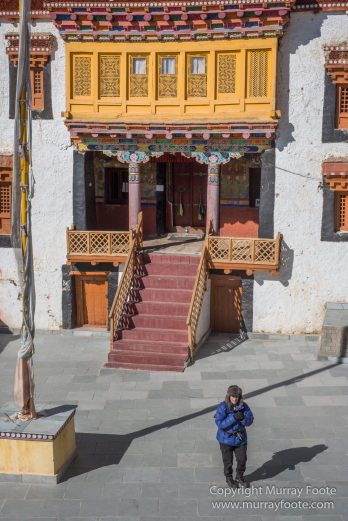 I think this is one of the meeting halls or Dukhangs, containing ancient paintings and sculptures but not allowing cameras. 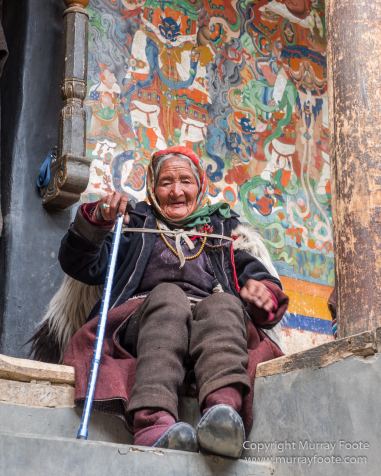 We were invited to join the villagers in prayer.  This is an old woman leaving as we arrive. 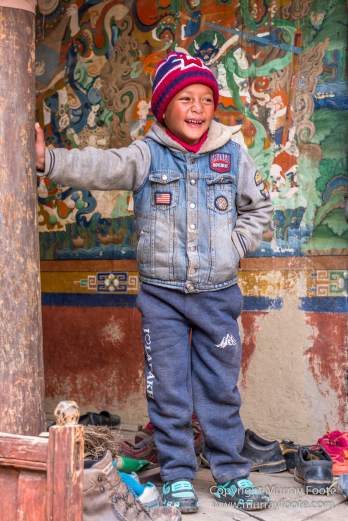 … and a young boy standing beside the door. 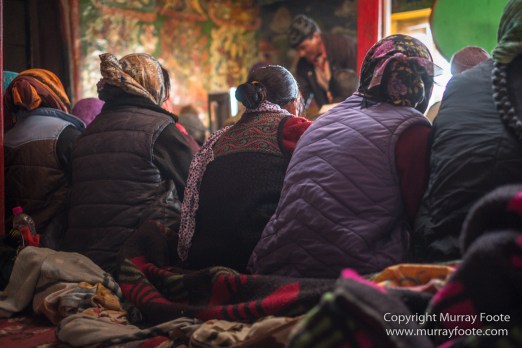 Inside with the villagers at prayer. 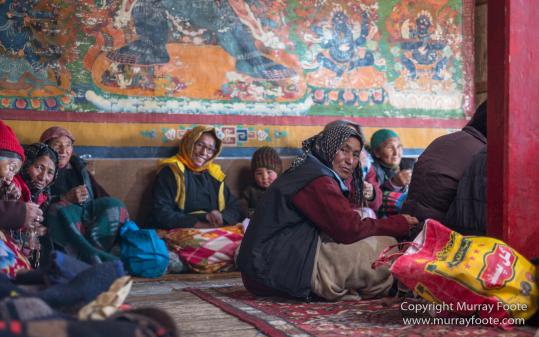 I attracted a certain amount of attention with my long white beard.  Not perhaps what they expect from a Westerner. 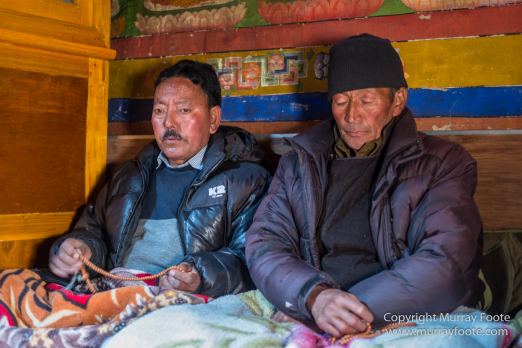 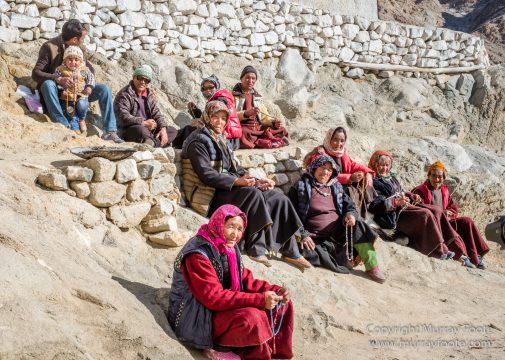 Outside, many of the villagers were sitting in the afternoon sun (but it’s still below 0ºC). 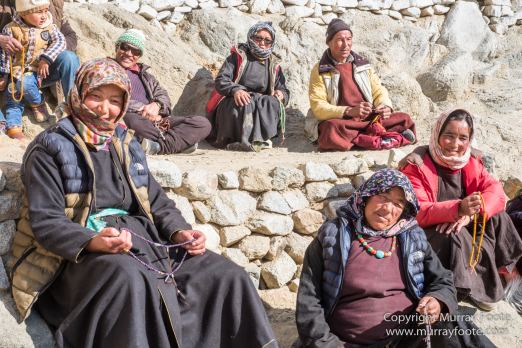 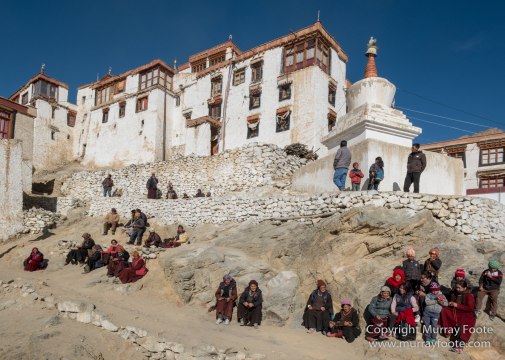 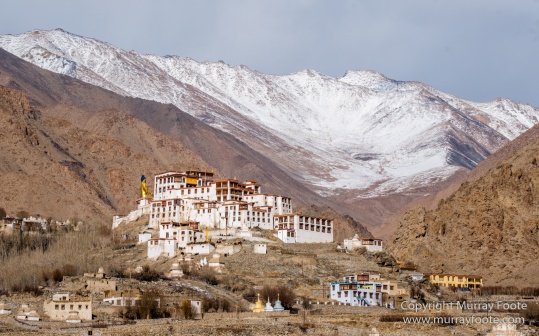 … and a last view of Likir Monastery as we depart.