Room with a view.

View from a toilet as we walk into Alchi Monastery.

Alchi Monastery is on a rugged steep site and the Indus passes by below.

Looking back along a whole line of prayer wheels on the way in to the monastery. 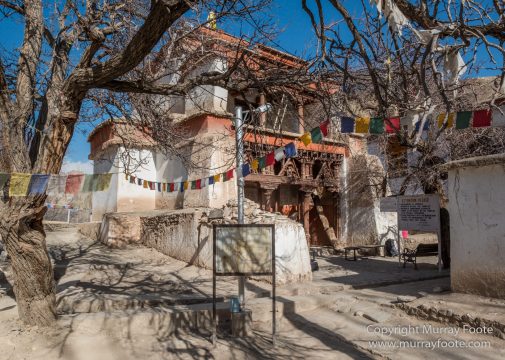 Alchi Monastery is one of the oldest monasteries in Ladakh, said to be built by Guru Rinchen Zangpo between 958 and 1055.  This building is the Sumtseg, built in the early 13th century. It contains three giant Bodhisattvas, around four metres tall, along with other figures and remarkable ancient paintings.

Unfortunately photography is not allowed in the Sumtseg but it is allowed in these stupas which date to the late 13th century.  There are various ancient paintings that you can see as you look up at niches inside them. 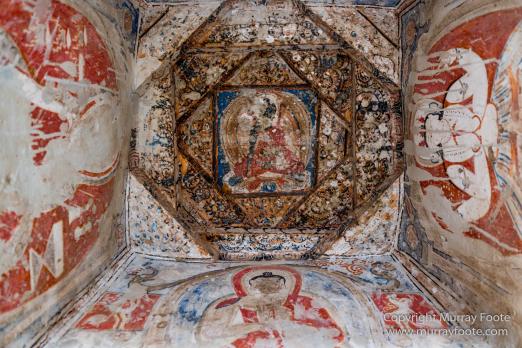 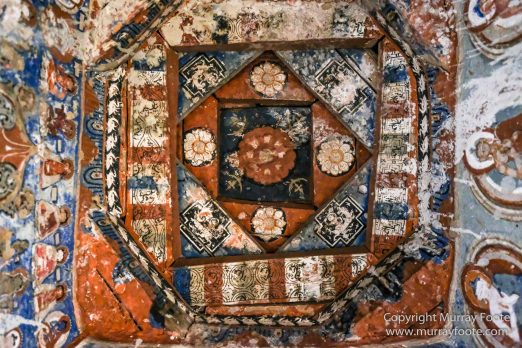 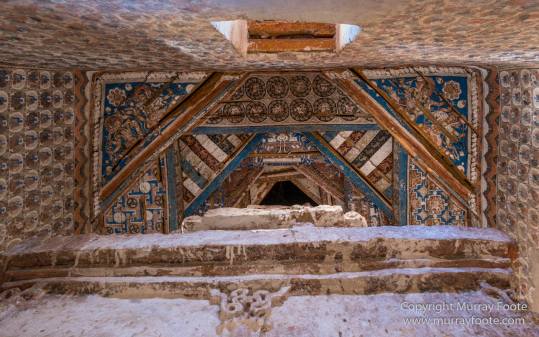 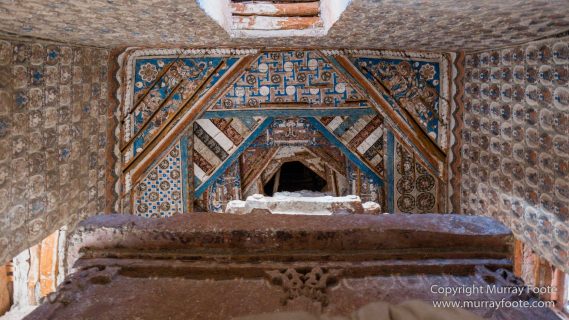 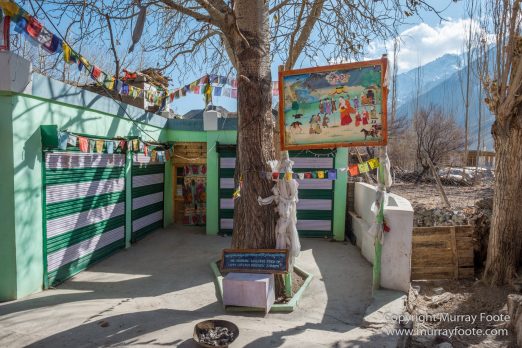 This tree is said to be the staff of founder Guru Rinchen Zangpo. The story goes that he planted his walking stick in the ground here.  When he came back, it had sprouted so he determined that this was a suitable site for a monastery.  This would imply the tree is around 1,000 years old.