We are driving from Port Dauphin to Berenty.  A taxi brousse in front of us has stopped and some women are offering cooked refreshments to the passengers.

We approach a bridge, in unusually good condition.

Under the bridge is a local in a dugout canoe with a load of sand.

Graves in Madagascar can be elaborate because the ancestors are revered.  They are usually fady or taboo. I don’t know about this one but it could be dangerous to wander into a graveyard near a remote village in the south and take pictures.

These are perhaps less traditional than some I have read about.  Traditionally in the south they made a little house for the dead person that was often made of stone and far more substantial than the houses people lived in.  The dead person’s house was then burnt. 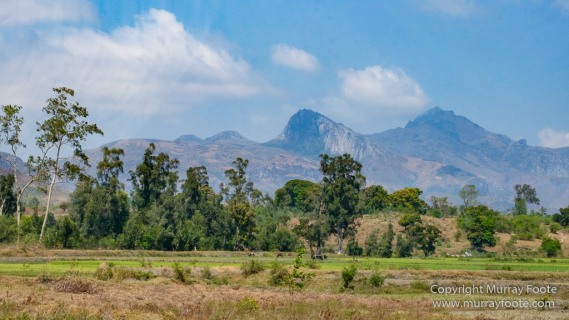 Across fields to the mountains.  The further inland you go here, the less hospitable the land is for agriculture.

A father and son, it would appear, walking down the road with their zebu. 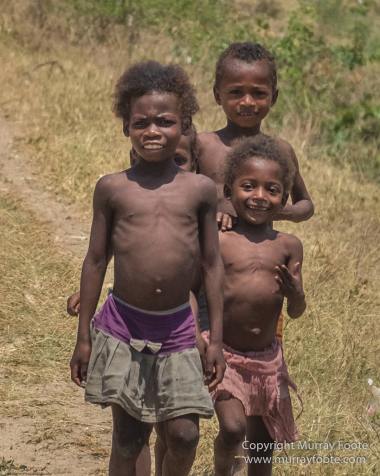 Three youngsters beside the road.

A taxi-brousse in front of us, perhaps overloaded with people and cargo, has a distinct list to the right.

Here it has stopped just before a town to let passengers on or off. 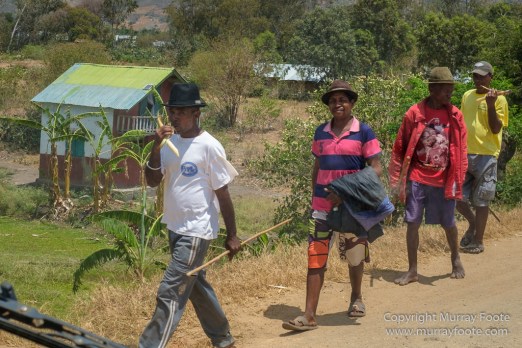 Four men walking beside the road on the outskirts of the small town, two chewing sugarcane.

We had stopped for a flat tyre and taxi-brousse, which we had passed around half an hour ago in the town, now passes us.

The spare was either deflated or bald so we couldn’t use it to replace the flat tyre.  There were double wheels on the back so we pulled off one of those, put that on the front and put the spare on the inside at the back.  this took some time.

While this was happening, some of the charming local women and girls walked past us carrying loads on their heads.

Nearby there was a small roadside hut, perhaps for selling produce but currently empty.  You can see it in the background at the right of the picture three images back.  A snake fell from the roof in the process of swallowing a gecko.  While we were there it slowly and completely consumed the gecko. 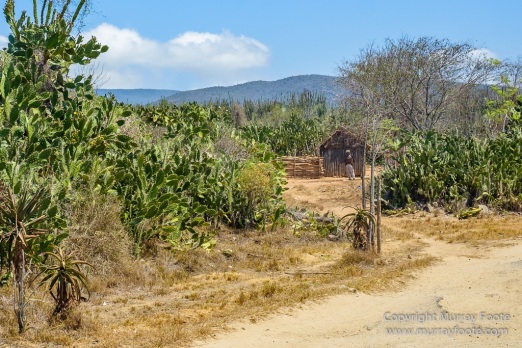 A glimpse of a village surrounded by cacti, probably a traditional method of fortification.

A bridge in less than perfect shape, with a local helpfully pointing where we should drive.

This is a very poor, dry region. 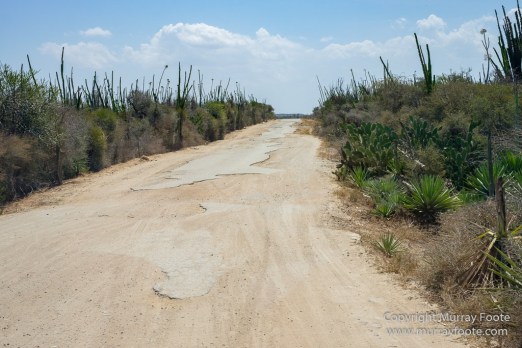 The road had once been sealed but the seal now was intermittent.  This made it much worse than just a dirt road.  Perhaps in a Range Rover with their excellent suspension you could zoom over it but in our bus it was very slow going.

Two small boys in front of a village. 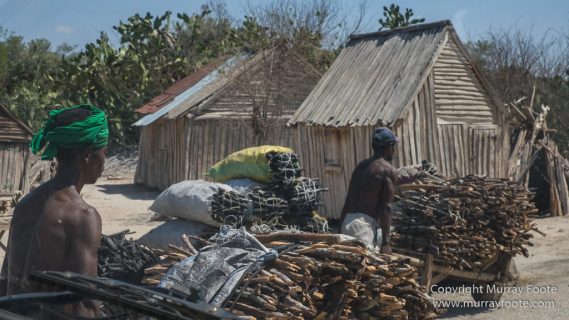 Big loads of firewood, I presume.

Taken from a bridge over a rare river near a town.  Many people are here to bathe, water zebu or wash clothes.

3 comments on “Port Dauphin to Berenty”