This is the Cirque de Mafate from the viewpoint at Le Maido.  Originally, I had the idea of getting there at dawn but after the wonderful dinner and socialising the night before this was never likely.  So I arrived in mid-morning.  As I walked in from the carpark, someone told me I’d better hurry.  The cloud was moving in.  This is probably the village of La Nouvelle. 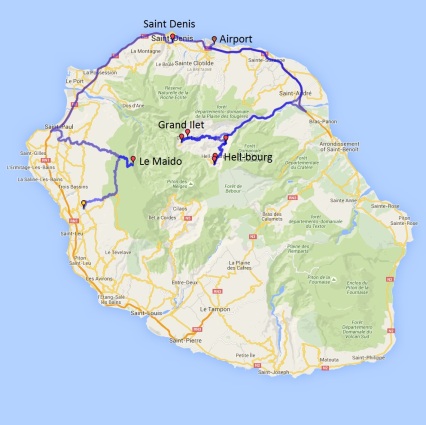 This is my route for the day.  From my accomodation above the west coast, I went first to the viewpoint at Le Maido and next visited the Natural History Museum in the capital St Denis.  Form there I went to Hellbourg in the Cirque de Salazie, stopping for some roadside waterfalls on the way and thence to my accomodation for the night at Grand Ilet.  As always in Reunion, there were any number of wonderful places to walk to for someone with more time.  The next morning I drove out to the airport.

Looking down, probably on Grand Place.

The Cirque de Mafate was first settled by runaway slaves from 1730.  Even today there are no roads and no vehicles.  The only way to get there is to walk in, though there are various places to stay. 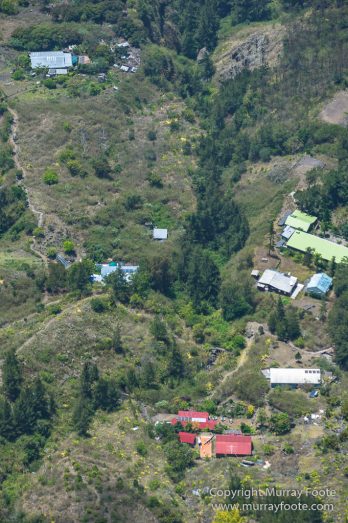 As I was warned, I did not have much time here.  There are seven images showing various views from the time I arrived to the time when there was nothing to see and there is only twenty-five minutes between them. 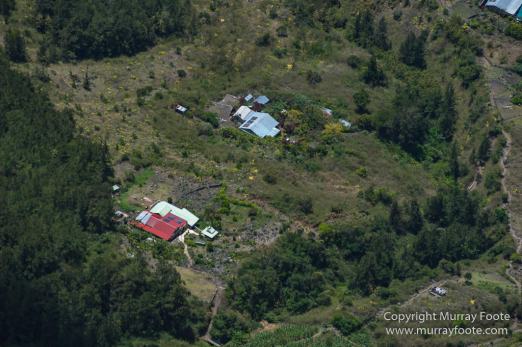 Some people who live in the Cirque de Mafate may be as close as twelve kilometres from the capital, yet have never left the Cirque and never seen a car. 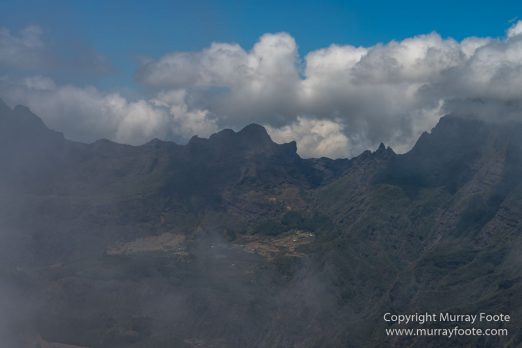 Probably Les Trois Salazes on the horizon and the village of Marla below.

In come the clouds. 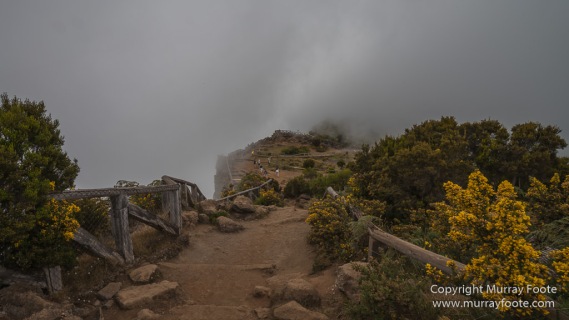 Nothing left to see (of the view anyway). 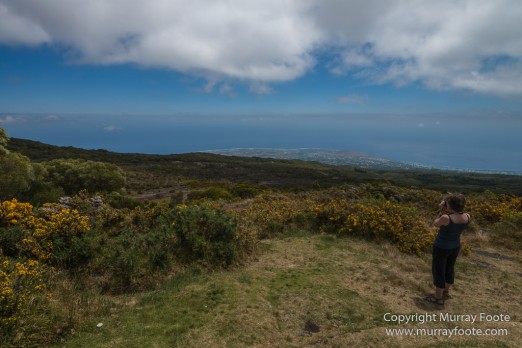 Le Maido is about twelve kilometres from the coast but it is 1500 metres up.  Consequently there are many panoramic views on the way down. 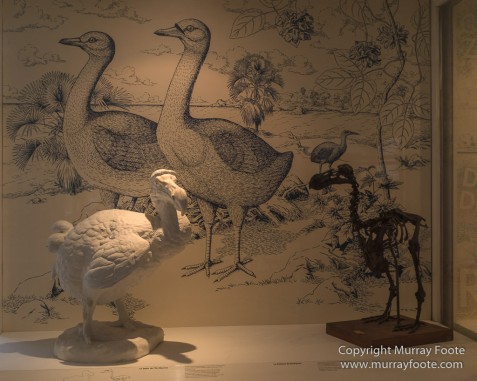 In St Denis I visited the Musée d’Histoire Naturelle and encountered another dodo, originally from Mauritius and commonly thought to be extinct.  This is the Plaster of Paris sub-species (we are in France after all) and probably not as rare as the brass subspecies we saw in Mauritius.  It wasn’t moving much while I was there and there’s one of its skeletons on the right.  That wasn’t moving much either.  Behind it on the wall are depictions of the Rodrigues Island Solitaire, another large flightless bird that became extinct after the arrival of Europeans.  Rodrigues is a small island east of Mauritius.  The solitaire was about the size of a swan and like the dodo, the Solitaire was descended from pigeons.

There was also an aye-aye here.  A rare nocturnal lemur from Madagascar, it is most notable from its one elongated finger that it uses to fish grubs out of holes it makes in the wood of trees.  It finds its food using tapping and echolocation.  Traditionally, it is an object of superstition and fear amongst the Malagasy. 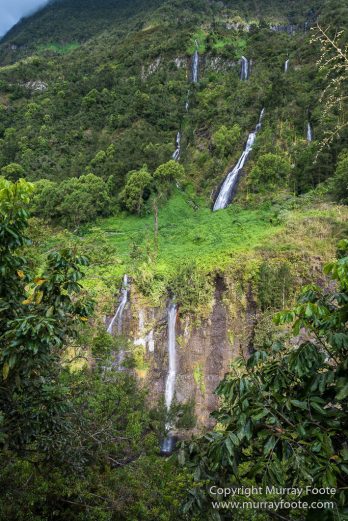 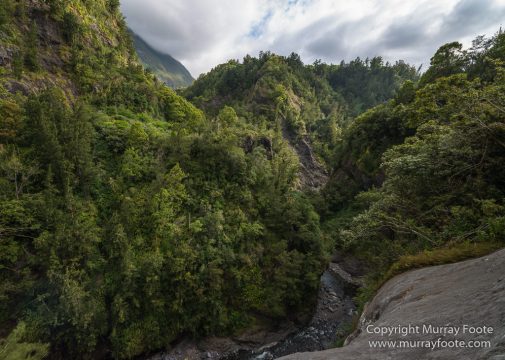 This image and the next three are also from the side of the road, just before Hell-Bourg. 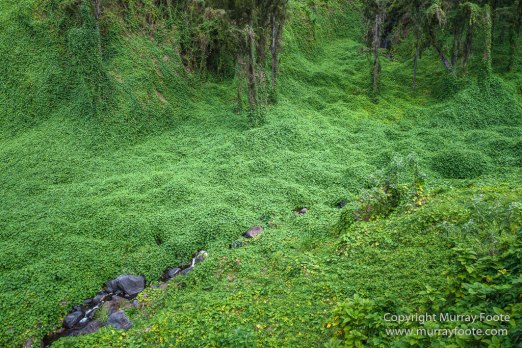 The remaining images are at or near the charming village of Hell-bourg in the Cirque de Salazie.

Hell-Bourg was awarded the title of “Most Beautiful Vilage in France” in 2000.  (Reunion is part of France).

You could buy a holiday cottage or a place to live here.  This one probably avoids the real estate cliché of “best house on the street”. 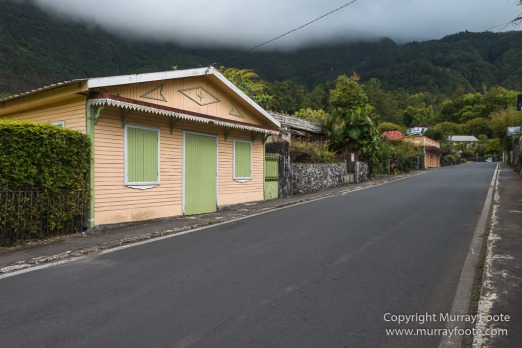 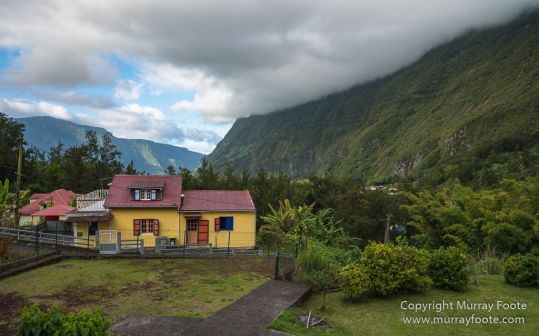 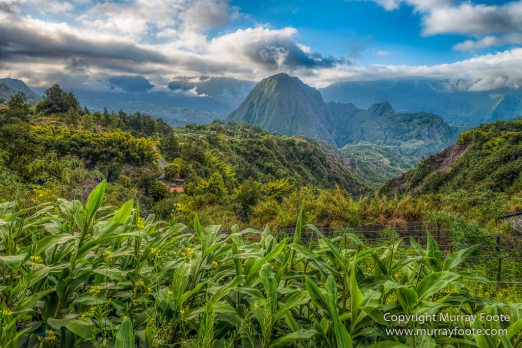 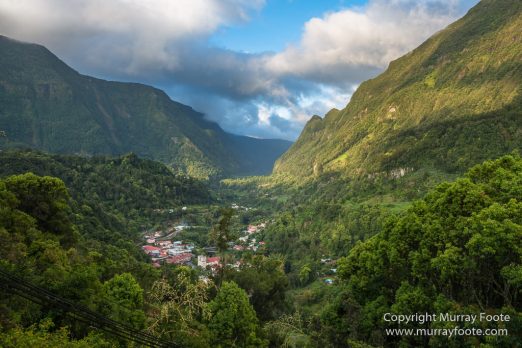